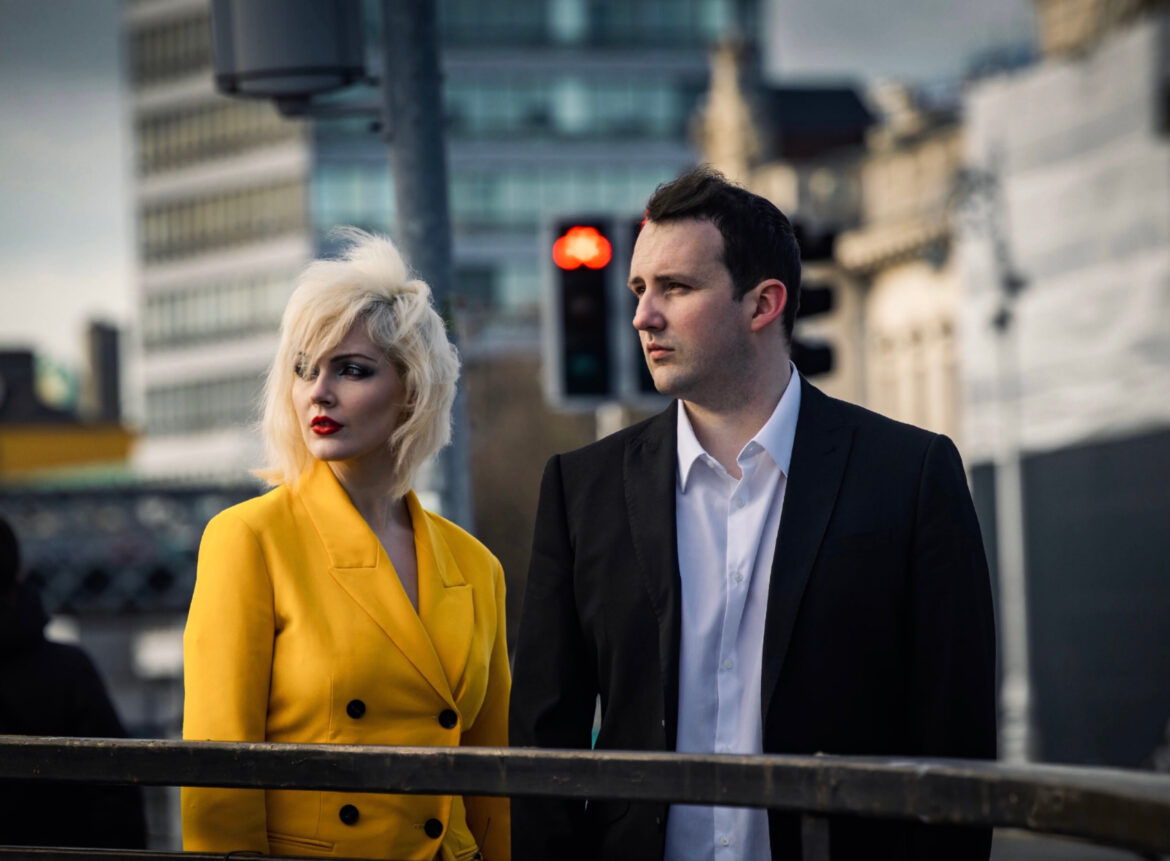 Irish alt-rock duo Greywind released their new single, ‘Am I Asleep?’, in February. The duo was formed by siblings Steph and Paul O’Sullivan, in Killarney, Ireland, and the single has arrived as the first release since their 2017 debut album, ’Afterthoughts’.

‘Am I Asleep?’ is bursting with melody, sweeping cinematic landscapes, and lyrics that veer between tender and confessional. The music video for the track is also a must-see, bursting with colour, cityscapes, woodlands, and mirrors – achieving quite a glorious and memorable dreamworld through these visuals. Overall, I think the song captures a sense of questioning around consciousness and reality that many of us have engaged in during the past year through the pandemic, finding it difficult to fathom. ‘Am I Asleep?’ taps into this energy with lustre and a compelling cinematic sonic-ness that soothes – a lullaby to sing while we are awake that may make us feel not so alone.

I was so captivated by your new single ‘Am I Asleep?’. The melody is gorgeous and I just love your overall sound and lyrics. The song really hooked me in, even from first listen, and I think it touches upon feelings that will resonate with a lot of people. Can you tell us a bit about this song? What inspired it and led to it being written?

Thank you so much! With this song we wanted to continue to expand the world that we create within our songs and take absolutely everything to the next level. We’ve always loved leaving our songs open to interpretation and allowing the listener to escape and project their own feelings into the song. Reading our fans theories and allowing them to connect to the song with their own personal meanings is one of our favourite things. We don’t want to spoil the fun and give away too many secrets! ‘Am I Asleep?’ is a song that we’ve been so excited about for so long now and we’re so happy that it’s finally out for everyone to experience.

I was also impressed by the song’s video. I think it captures the feeling of the song so well. I loved it. What was it like to shoot this?

Filming it was actually surreal and dreamlike like the song itself as the city streets and other locations we filmed at were completely empty! The visual side of things have always been a massively important part of our band and from the moment we start writing a new song we immediately start working on all the visual ideas too. We were so excited to be on set finally bringing those visions to life.

I know that during the writing process for ‘Am I Asleep?’, you were strongly inspired by movies and bringing a cinematic sound to your music and visuals. Can you tell us about the movies and their sound that have particularly inspired you?

Like the cinematic rollercoaster of one of our favourite films, Kill Bill, we wanted to create a song that draws you in and then by the end just completely explodes in the best way possible and throws absolutely everything at you and when you don’t think it can get any bigger, it does. The tension, the drama and the payoff.

I’m always drawn to emotion in songs and your music evokes this really well. Generally, how do you gain inspiration for the songs that you write? Does it tend to be based on your personal experiences and feelings, or is there something else you try to capture? And what role and importance does songwriting have for you in your life?

All of our songs are based on personal experiences. Songwriting has helped us through so many dark moments and has been an outlet for us to grieve certain events in our lives, so we’ve always been so thankful for music. Having so many people connect with our music and use it to help them through difficult moments too is something that will always drive us to continue to create this world that they can escape into.

How do you work together on the music? Generally, how would a song develop between the two of you and be recorded?

Usually I’d come up with the rough melody/lyrics of the song acoustically and then I’d show it to Steph and we’d perfect it together and record rough versions using voice memos on our phones. We prefer hearing new songs in their absolute rawest form possible so we know if the song is special enough to get worked on more before recording it properly.

Your music received much attention after you uploaded a song to SoundCloud, which was picked up by Zane Lowe on Radio 1 and led to much music industry interest. How did it feel when this was all happening?

It was very surreal. Zane Lowe is someone we grew up watching on MTV interviewing our favourite bands so for him to say so many incredible things about the demo of the first song we ever wrote meant so much to us. I remember needing to clear my head and take my dog for a walk and then ten minutes into that walk I realised that I had actually forgotten my dog at home and was just walking with an empty lead!

I’m from South Wales and I’ve been thinking a lot recently about how land and location and our surroundings can impact us. Being from Killarney in Ireland, how do you think that the place you are from has impacted the music you produce and also your development into becoming musicians?

Living in a beautiful town in Ireland like Killarney surrounded by forests, mountains and lakes has definitely impacted and inspired our sound. Since day one we’ve always been a very visual band in the sense that we love bringing that imagery into our lyrics, artwork and music videos.

Thinking about your musical influences, what songs or albums influenced you when you were growing up? I often find that music that we connect to as teenagers can affect us for many years – were there any songs that did this for you?

Definitely! ‘Glosoli’ by Sigur Ros is a stand out song that has personally inspired me massively since the first day I heard it years ago. They are an incredible band who can create massive chill inducing moments and that’s something we’ve always set out to do with our songs.

And more recently, what music helped get you through the past year – were there any particular albums or songs that stood out for you?

To be honest we’ve spent most of the past year of lockdown completely lost in our own world working on these new songs. Rare days when we have escaped our own musical bubble, albums we grew up listening to like ‘Three Cheers for Sweet Revenge’ by My Chemical Romance, ‘Clarity/Bleed American’ by Jimmy Eat World are still the ones we usually gravitate towards!

What is the best live concert you have ever been to, and why?

A few years ago we saw Jimmy Eat World perform ‘Clarity’ and ‘Bleed American’ in full at the HMV Forum in London. Those are two of our favourite albums of all time and are massive inspirations for us so to see them being performed live was so special.

As an audience member, I miss so much the moment when the lights go down and the band comes on stage. As performers, what do you miss most about playing live?

We miss our fans. Performing for them and having them sing back our songs is genuinely the greatest feeling in the world and is something we miss so much. Our live shows are going to be more insane than usual when we’re finally allowed back on a stage!

2020 was such a challenging year. How are you right now? How are you coping with everything and the additional impact the pandemic has had on the music industry?

We’re doing good right now, thank you! Working on music has been a wonderful escape during these dark times. The impact of not seeing our fans in this past year has been devastating but hopefully we’ll be able to see them all again very soon.

Finally, can you tell us a bit about the plans you have for your next album?

We don’t want to give everything away just yet but we have a lot of exciting things coming up in 2021! New music, shows and lots of other exciting things we’re so excited to announce in the next few weeks and months.