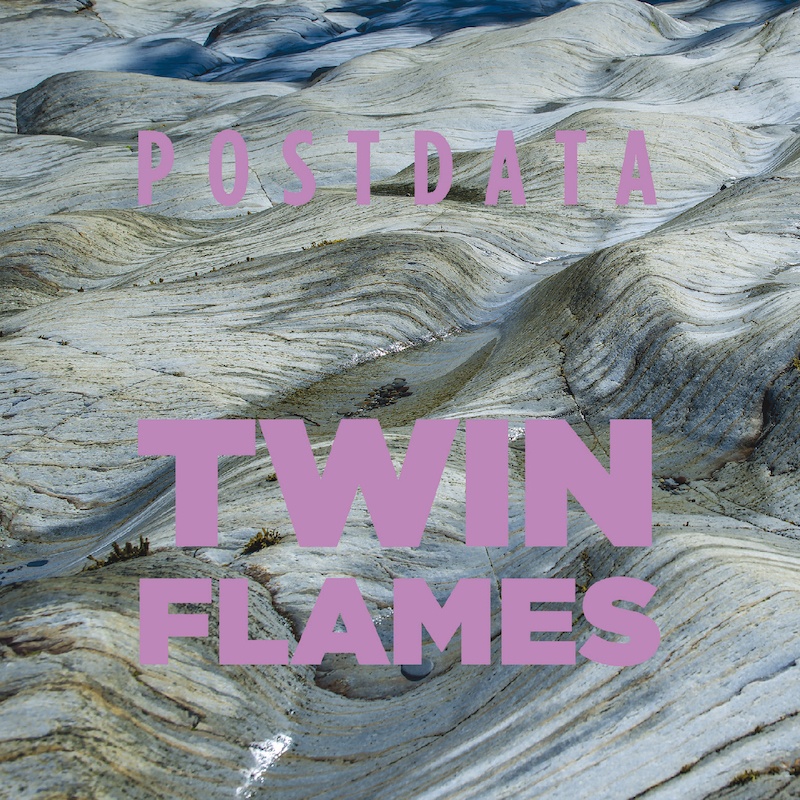 I’ve long been fascinated with the idea of having a ‘twin flame’ – the existence of another soul that mirrors you and connects to you deeply. This album by POSTDATA, the third release by Paul Murphy from Wintersleep’s project, explores the notion of Twin Flames, showing bright and beautiful romance when two flames become entangled, yet also the raging storm and fire that can similarly arise with this.

I am quite new to POSTDATA’s work: I heard ‘Nobody’s Knows’ from this new release, and immediately went and listened to the two previous POSTDATA albums and Murphy’s work with Wintersleep. The music floored me – the gorgeous sonic and lyrical landscapes really curl around you, and I wished I had discovered his work sooner.

Likewise, I was really captivated by ‘Twin Flames’. It is remarkably sensuous, and, as I discussed with Murphy in a recent interview (which you can read HERE) it strongly reminded me of Kate Bush’s The Sensual World in its approach to the land and love, and what comes in between. Likewise, Bush’s The Sensual World is based on Molly Bloom’s soliloquy at the end of James Joyce’s Ulysses. In my heart, I really felt a connection between the three of these works in their interpretation of what being a human can involve and how we connect with others, and the wider universe around us. In this vein, Twin Flames enveloped me like an ocean, offering much compassion, hope, and warmth. Murphy has such a glorious way with lyrics that spill with emotional intimacy, as evident by the title track of the album:

“Oh my love, my grief, my shame, the stars above me/We were never lost, we were only ever hiding/Waiting out the storm until we became it/Til there was nothing left/Only love and breath”.

Lyrics such as these show Murphy’s skill in conjuring such feelings. He really has an eye and ear and heart for music that seeps into these tracks.  Likewise, the music skips between genres – embracing rock, indie pop, and soothing lullabies.

What also stood out to me in this album was how this notion of being mirrored by your ‘twin flame’ can also lead to being confronted by, and consequently reflecting on, the behaviour of the self. Songs such as ‘Nobody Knows’ does this so well, as does ‘Behind You’, which asserts: “Sometimes you just gotta yell at the sky/Remember to forget, there is no reason why/Run away and hold your head high”. These lyrics underline the beauty of this album – no matter what, it shows there is always hope, even during tumultuous times.

Overall, this album is a triumph – intimate, irresistible, bright, and hopeful, with songs that spellbind you from the first listen. One of my favourite albums of 2021 thus far.