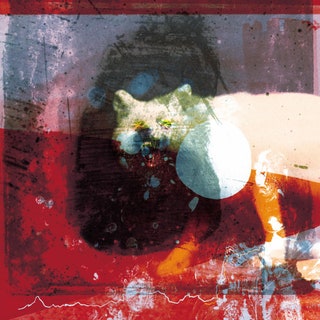 Twenty-five years since the release of their debut single ‘Tuner’/‘Lower’ Glasgow’s Mogwai present their tenth album. In that time, they’ve gone from playing small venues to headlining arenas, from ‘they should do soundtracks!’ to doing soundtracks for several very different films, and from being a band who released limited 7”s to having number one albums.

Their sound has evolved, too, without making concessions to commercial consideration (it’s fair to say Mogwai would not work signed to a major label with an A&R man whinging that ‘the shareholders don’t hear a single’). On their scorching 1997 debut album Young Team (for those outside of Scotland, a phrase referring to a gang of teenagers) they pioneered their own take on the post-rock sound, often being very quiet and then exploding with noise (beware of trying to fall asleep to that album’s ‘Like Herod’). Now there’s an electronic undercurrent underneath, as shown on this album’s second track ‘Here We, Here We, Here We Go Forever,’ and the keyboard driven ‘Dry Fantasy.’ While Mogwai have, by and large, been an instrumental act, they have worked with guest vocalists in the past, including Aidan Moffat and Gruff Rhys, there are two tracks here that feature the band’s vocals, the lead-off single ‘Ritchie Sacramento’ which sounds like the nearest Mogwai might ever have got to writing an indie anthem without compromising themselves one iota, and the vocoder-processing ‘Fuck Off Money’ which might be described as Daft Punk gone prog, without the excessive solos.

Even as a long term fan, this was an album that took a bit of listening to – the first few listens leaving me with the feeling that maybe the second half of the album wasn’t as strong as the first. Persevere – because this is not the case. Perhaps they may reveal their charms after a few listens – but at this point in time, we all have lots of time to fill. Let’s face it, most of the albums we truly grow to love are the ones that require repeated listening.

Over a quarter of a century Mogwai have continued to delight and surprise. While the pattern of the last decade might suggest that we’ll get a new studio album in 2024 with some interesting projects inbetween, it would be gloriously, typically Mogwai to challenge our expectations on that, too. I await their next release with great anticipation, and it is clear a growing number of fans do too. As the final notes of reflective album closer ‘It’s What I Want To Do, Mum’ die away, it’s clear that Mogwai have – yet again – given us yet another amazing album.