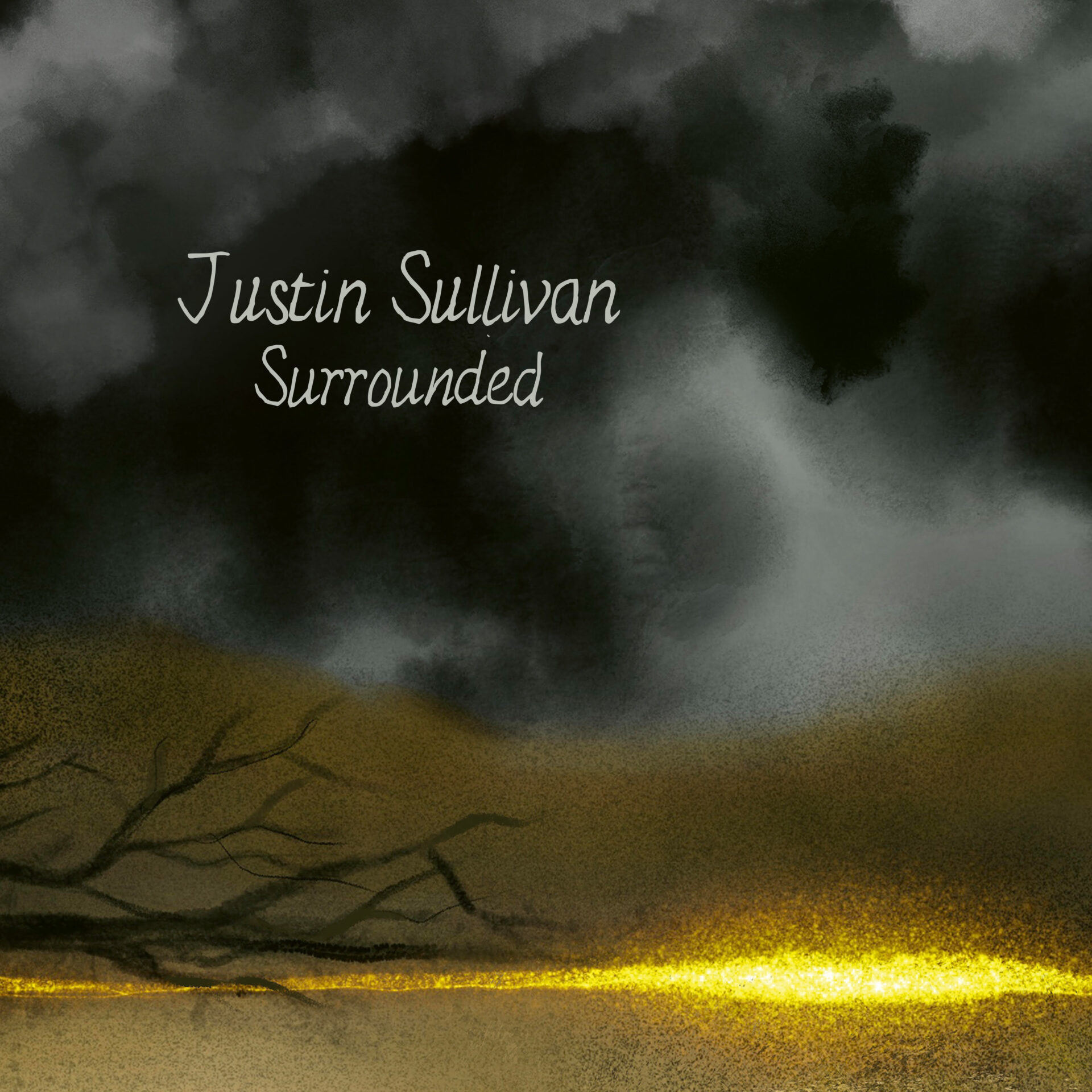 Justin Sullivan has announced the release of his second solo album.

The New Model Army frontman will release Surrounded on May 28. It is a collection of sixteen new songs, written in the first weeks of the 2020 lockdown. Mostly recorded at home, the album also features contributions from many other musicians including Jon Thorne on bass (Lamb) on harp, Tom Moth (Florence and the Machine – and brother of NMA bassist Ceri Monger), plus string arrangements from composer friends Tobias Unterberg, Henning Nügel and Shir-Ran Yinon, as well as the current members of New Model Army.

Speaking of the album, Sullivan said: ‘Under the circumstances, it wasn’t particularly surprising that this was the moment to make another solo record and the songs came thick and fast in the first few weeks of the lockdown. There is not so much about ‘what’s happening in the World’. As with ‘Navigating by the Stars’, [his first solo album, released in 2003] which was written in the aftermath of 9/11, I wanted to write about other things – some well-known stories, some less well-known, a few autobiographical and more a landscape of the imagination than social comment.

‘I’m grateful for all the many musical contributions I received from friends that help create all the different atmospheres and places; it’s a long album, but it seems that all the songs belonged together in one collection. I hope people enjoy it.‘

The first single from the album, ‘Amundsen‘ is out now on streaming services and digital download. Regarding the single, Sullivan added: ‘The stories of polar (and in particular Antarctic) adventurers at the beginning of the 20th Century have long been a fascination. On my first solo record, ‘Ocean Rising’ is, in part, the story of Ernest Shackleton’s epic voyage from Elephant Island to South Georgia. The final race to reach the South Pole between Robert Scott and Roald Amundsen is another fascinating tale.

‘Being raised in England, Scott and his ‘noble, tragic’ failure is a story written large in national mythology but the other man, a truly remarkable explorer, is rarely acknowledged. The battle over who gets to tell which version of a story is very relevant in these times of ‘culture wars’, but the song is more a simple study of the man himself; I hope I have done him justice.’

The tracklisting for the album is as follows:

In other news, Navigating By The Stars will also be re-released this year.