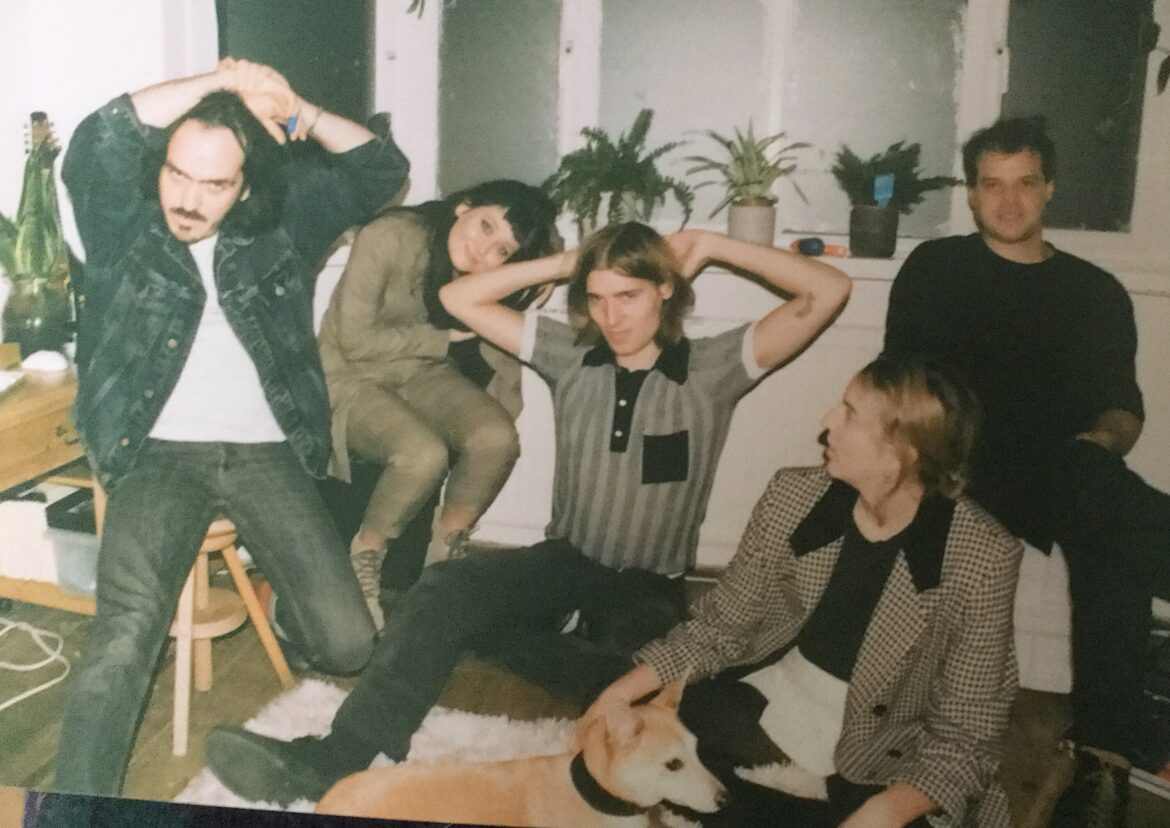 South London’s Phobophobes release new single ‘I Mean It All’ and accompanying video today, on the run-up to second album ‘Modern Medicine’ out on 25th of June 2021 via their new label, Liverpool-based Modern Sky.

The band describe the single as “a gloomy tale of new love dying in its prime by a colossal event” yet the woozy, churchy-fairground organ and sobering distorted vocal prove to be somewhat comforting.

Phobophobes’ unsettling demeanour lends itself well to the pop-ballad formula, as it turns out.

The video for ‘I Mean It All’ is a collage of home movie footage from over 40 years ago, a visual time capsule. Filmed during frontman Jamie Bardolph Taylor’s grandmother’s birthday celebrations in 1970s, featuring his mother and aunt as teenagers and grandfather who died before he was born, it is edited by new Phobophobes bass player Daisy Smith.

“It’s obviously a very personal film to me but I wanted to share it with the world as I think it’s incredibly shot. I felt the theme and mood of the song suited this portal into a familiar world before I was running around on the planet,” says Jamie.

Written in a pre-pandemic 2019 when Trump’s presidency continued to terrify, Brexit battles burned on and the band lived through personal turmoil following the death of their guitarist and friend George Russell, it offers up plenty of what frontman Jamie describes as …“That preapocalyptic feeling we usually find in the corners of our music….or maybe global events have just finally caught up with our cheerful outlook.”