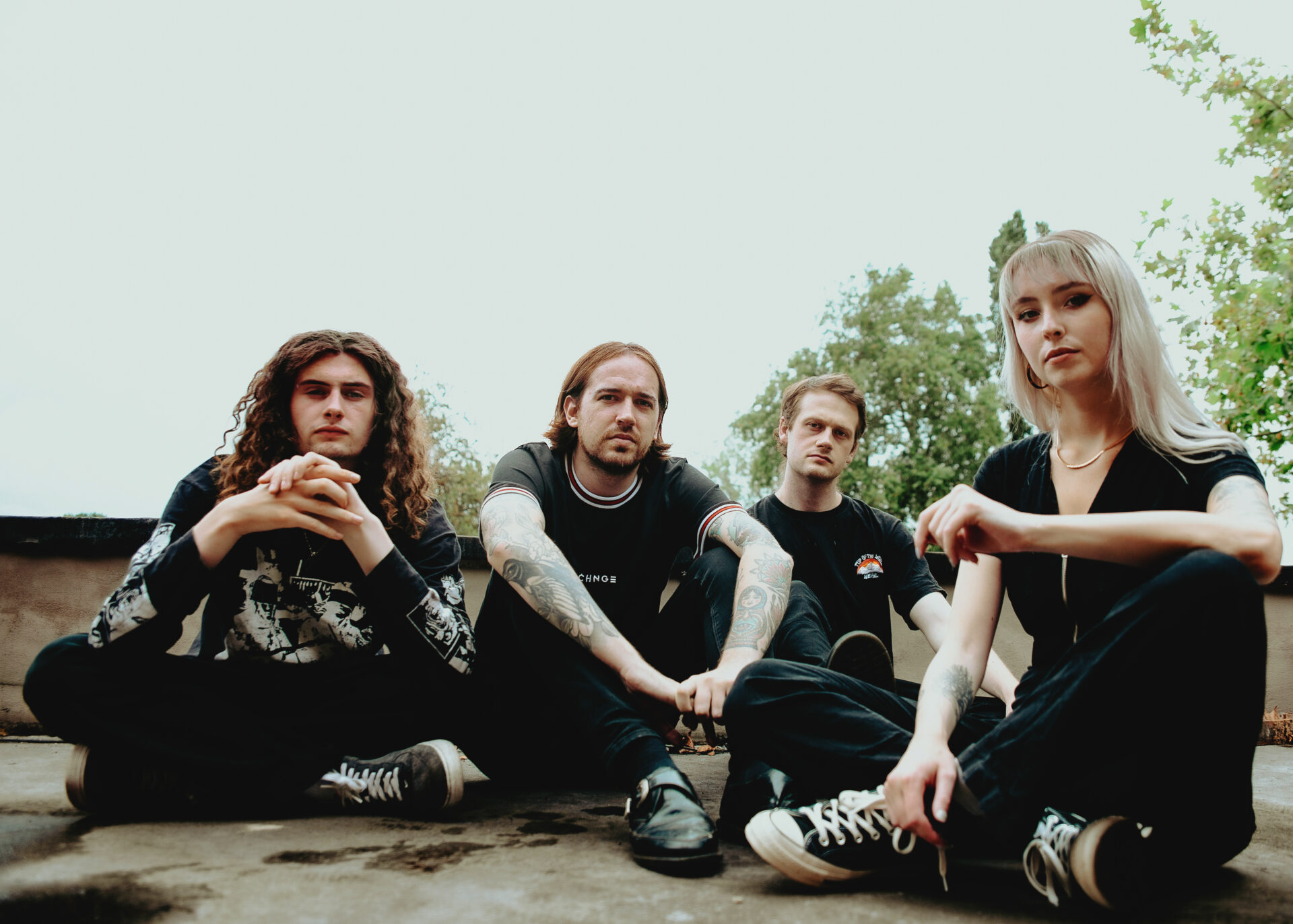 Today we introduce to you the brilliant Bleach Lab.

Forming out of Buckinghamshire but emigrating to the big smoke and south of the river, they are Jenna Kyle (vocals), Frank Wates (guitars), Josh Longman (bass) and Kieran (drums), they make a sun flecked indie pop that manages to bury itself into your soul.

We caught up with them in the run up to the release of their stunning EP A Calm Sense of Surrounding on 19 March (this Friday). Stream it and download it as it’s essential listening.

How has the past 12 months treated you?

The last 12 months have been a struggle to say the least with all the restrictions specifically relating to the music industry. It has forced us to take new approaches when creating music. Having to record the EP during lockdown was a totally new experience in the current landscape. But we are all well and itching to be playing live together again very soon.

Were you the kind of band that were inspired or were numbed by the lockdown?

We were inspired to begin with but there is only so much inspiration to come from being stuck inside the same four walls for almost a year. Nonetheless it gave us time to reflect upon ourselves and what we wanted the band to be. The inspiration came in waves and it was often hard to stay motivated long enough to see an idea through though. Sometimes the solitude and quietness could be a blessing and allowed for lots of new ideas. Other times, relatively monotonous and desperately just wanting things to go back to normal.

Did it provide subject matter?

Lockdown hasn’t literally provided subject matter, but no doubt it gave us all time to think about what we wanted to write about. The new material we’ve been writing, lyric wise is about things I (Jenna) may not have been able to take time to reflect on, had things remained the same. We definitely don’t have a new track coming out based on the concepts and experiences of the past year, however the quiet time and the space to reflect has allowed for new explorations and in turn, new ways of thinking and writing.

Did you record the EP during lockdown or was it done before or in-between?

A majority of the EP recording was carried out during some type of lockdown. Though we managed to get a few bits done before things deteriorated. It meant there was a long gap before we got to pick things back up, which meant a lot more time to decide on how we wanted things to sound. No doubt the songs would likely have turned out very differently in a normal environment.

Do you find being so open and baring your soul in lyrics an easy thing to do?

Josh – The topics we cover as a band through our experiences are always tough to put down on paper. I would say personally it was a very hard thing to do for me as there were elements about my dad’s death within this EP and it’s something I never really talk about to people. So to be so open with my band mates, let alone whoever stumbles across the EP was a daunting thing. But It has made it easier to come to terms with and found it therapeutic in a way.

Jenna – Not particularly easy, no. I do have to have complete emotional relation and connection with what I’m writing. However, it does take quite a lot for me to get into that mindset. I have to be fully feeling it as I’m writing, or it just doesn’t project right. I know that most of the stuff we write is quite relatable for a lot of people, so I don’t feel overtly exposed putting it out there, I don’t think.

Who were your favourite bands and artists growing up?

Josh – My Chemical Romance was the band that really made me want to pick up an instrument. I was such a big fan. Even went to see them live when I was about 12……accompanied by my mum, wearing guyliner… It was not a look for me.

Frank – my music listening was all over the place when I was growing up. I remember that Avril Lavigne, Let Go was the first album I got, and I think it was probably the first thing to turn me towards playing guitar. But the band I feel like I grew up on/with most closely was Foals.

Jenna – I only really started listening to the stuff that has influenced my sound when I was around 16/17. I was obsessed with Bon Iver for a long time. I also began my love for Daughter’s Elena Tonra around that age too. If we’re talking really early days, my mum brought me up on a lot of Enya, Cat Stevens and also a lot of Gaelic music!

Have they influenced your sound? Who else outside of music had informed your lyrics?

Frank – no doubt both would have influenced my guitar playing in the past. But I think I’ve moved away from those influences a lot in the context of the band. My music taste is quite transitory and that’s likely reflected in my playing.

Jenna, did the bands and artists you were listening to growing up inform your singing style?

I think almost certainly. As I mentioned, my mum played a lot of Enya and various other Gaelic inspired stuff when I was really young. I think, inadvertently, that kind of haunting, ethereal style seeped into my creative mind from quite a young age. Going ahead a few years, when I really started to define my vocal style, I took a lot from Daughter and Bon Iver too. I think the delicacy of their voices, combined with the intense, raw emotion felt from how they project them is something I’ve always found huge amounts of inspiration in.

How did the band form? Were you friends before? Was it a love of the same music that brought you together?

The band technically formed back in 2017 when Josh and Frank met in a band frankensteined on gumtree. They didn’t like where that band was going, but realised they had a lot of ideas and ambitions in common, so they spun off and started a new band which was eventually to become Bleach Lab. Soon after, Josh called Jenna up to audition for vocals as they had been friends since college. Our original drummer Shawn (who performed on this EP) joined in 2018 and was with us up until the end of 2020. We have now been joined by Kieran on drums and are really looking forward to working with him.

What are your plans for 2021 after the EP? Are you writing and album now? Any plans for gigs or a tour?

First thing we have in our sights is our show at Moth Club in London. It’ll be bizarre going back to gigs after so long, but we’re very excited of course. After then, we’ll likely be playing more shows throughout the rest of the year, hopefully in other parts of the country. We’ll also be going back in to record our second EP later this year.

“A Calm Sense of Surrounding” is out this Friday 19 March.

They play a sold out socially distanced gig at the Hackney Moth Club on 25th May and will be announcing new dates soon.