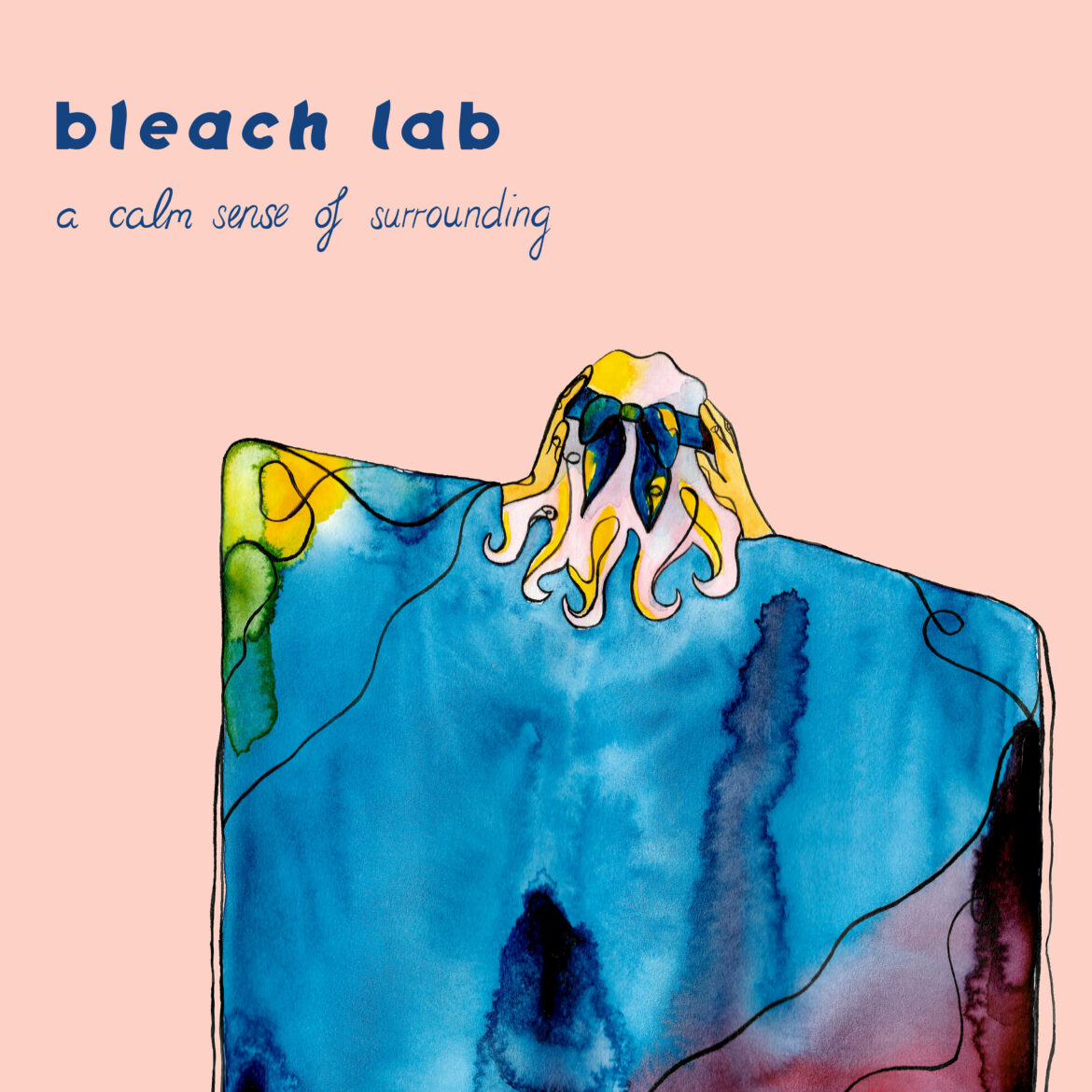 Grief comes in many different facets. Loss is in the heart of the beholder, they see that person or feeling in a million different places, in other’s faces, in ways those disconnected cannot possibly feel.

But here Bleach Lab bring you as close as they possibly can, by acting like a mirror and reflecting your own heartache, your own sense of loss, in whatever guise that comes, a loss of self, of a sense of freedom.

This is their debut EP, A Calm Sense of Surrounding, five tracks of weaving and undulating pain and hope.

Recorded mostly during lockdown, and in the shadow of bassist Josh Longman losing his father and singer Jenna Kyle’s breakup from a long term relationship, emotions run high but there is a calm sense of acceptance and peace running at it’s core.

This is not an angry record, some of the themes are the devastation and pain associated with anger due to gut-wrenching loss but it feels like they are making sense of it all here. Finely, carefully crafted tracks of beauty and intricate attention to detail.

There is an art to being able to allow space to live and breathe in a song, for the guitar to dance around the words, and ricochet off the bass, for the vocals to intertwine round the melody without fanfare but be integral to the overall song. ‘Old Ways’ manages to be atmospheric without relying on tired clichés of a long held synth note. Delayed, clean guitar and bass played like a lead guitar hook, coupled with Jenna’s understated but at the same time powerful vocals. Powerful in that she sounds like a story teller, the kind that can make you feel like they’re writing about you and creating a picture, a cinematic headspace.

‘Never Be’ takes it down a notch, the tempo simmers in a downbeat, late night, regretful tone. The double tracked harmonies make it feel like Jenna’s conscience on her shoulder is echoing her thoughts and feelings.

‘Lighthouse’ cranks it up again, rapid drum patterns and a sudden rush of the elements crashing against their rocks, a light breaking through to guide them into their magnum opus.

‘Flood’ is the pinnacle of the record, with a rhythm that is like a stop start movie, layering textures and different elements to create a vignette of scenes in a film. The guitar is built up little by little with sound affects adding little additional flavours before it all crescendos with Jenna adding her voice like an instrument into an epic anthemic hymn.

‘Scars’ could feel like an incongruous finale after ‘Flood’ but as the title attests, this is about finding an inner calm and this almost Country inflected sweet ending to the record does round things off perfectly.

Bleach Lab are proof that there is light at the end of this tunnel.