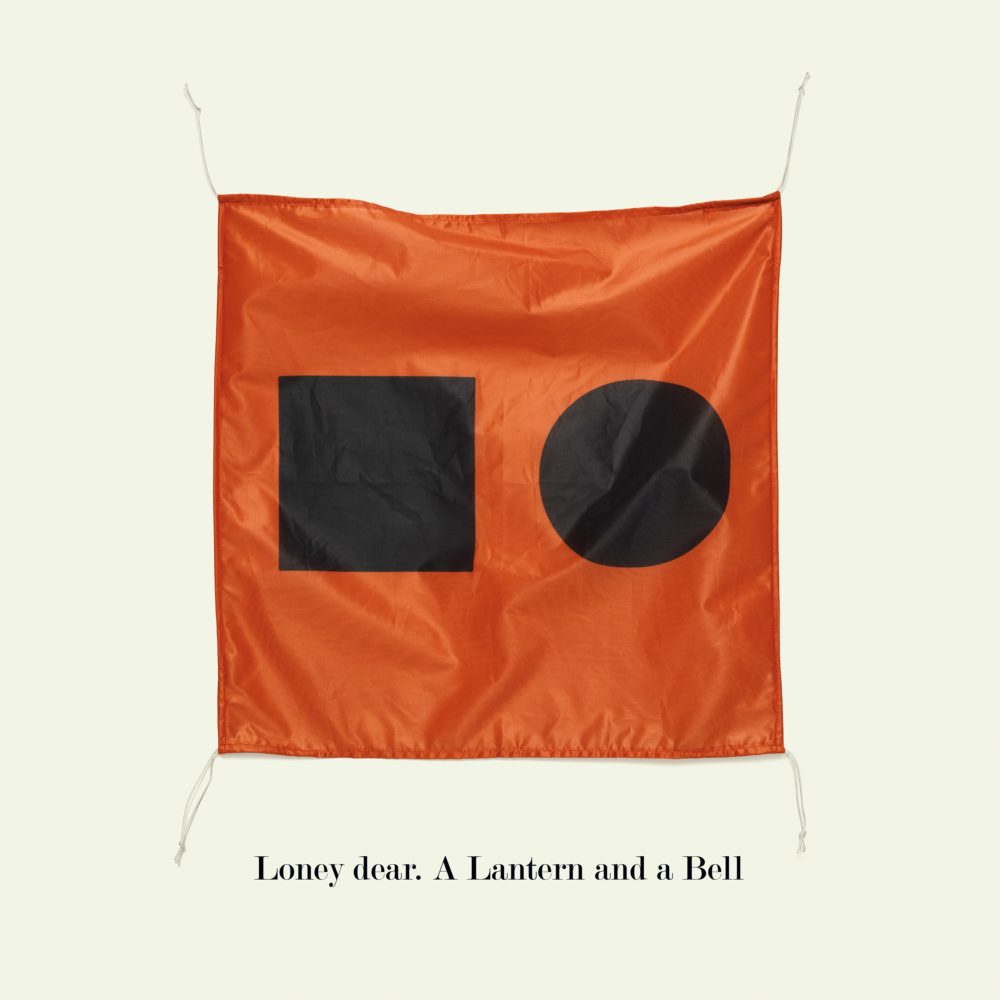 If, in the midst of your otherwise hectic day-to-day life, you can find a spare half hour I would recommend you spend it listening to A Lantern and a Bell, the latest album from Loney dear. I can guarantee you that it will be time well spent.

As the last strains of ‘A House and a Fire’ fade away you will by then have spent 27 minutes and 45 seconds in the most estimable musical company of Emil Svanängen, the Swedish songwriter, multi-instrumentalist and man who provides Loney dear with its name. And during this aural experience he will have transported you to another, possibly far more serene place, arriving at a destination which proffers much inner peace and tranquillity.

Speaking about A Lantern and a Bell, Emil Svanängen says “When the work on this album started, I was feeling quite low, I had changed, half my life had changed. I ended up in a really bad place, a state of despair. And then we record this, and it’s easily the best thing we’ve done, with songs filled with laughter and darkness about each other. In a way, the whole album is probably a story about losing your temper”.

Recorded as it was on the western side of Stockholm’s Södermalm peninsula, the sea is never very far away on A Lantern and a Bell. The sound of its movement and the life that it supports permeate the record and whilst there is always that hint of hidden danger the sea ultimately provides a most reassuring presence. It is there from the outset, carrying Svanängen’s keening falsetto across its wide expanse on the opening track ‘Mute / All Things Pass’, the song’s sparse instrumentation barely masking the concealed depths that lie below. ‘Habibi’ reflects movingly upon the anonymity of faceless human migration as it travels across vast, empty oceans. And for all of its neo-classical nobility ‘Go Easy on Me Now (Sirens + Emergencies)’ still nurtures a sense of vulnerability and dread.

Yet for all that maritime themes do feature throughout this record, the lasting impression is one of a valiant new awakening for Emil Svanängen as a creative artist. On A Lantern and a Bell and through the medium of Loney dear he emerges from the shadows and into the light with half an hour of deeply atmospheric and often quite exultant music.

A Lantern and a Bell is released on 26th March 2021 on Peter Gabriel’s Real World label.