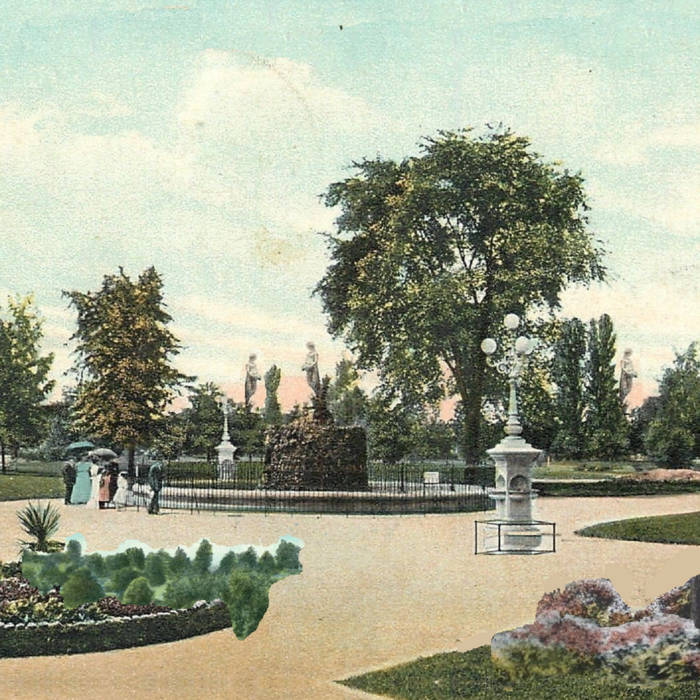 Picture the scene. It’s a nice sunny day so you decide to head to the park for an afternoon. You have some food, drink, and a football. You are all set. After rocking up and finding a nice spot you settle down to an afternoon in the sun. All is going well, but there are some funny noises you can’t make out. You scan the sky and trees for birds you might not normally see. Nothing. But the noises remain. Then you spot the source of the noise. There are four people in the corner on a picnic blanket, away from everyone, playing wind instruments, tapping sticks, whistling, and making guttural noises. You can’t keep your eyes off them while they continue their performance. 40-minutes later they stop and eventually leave.

Of course, this isn’t what happened. I wasn’t in the park when Kate Armitage, David Birchall, THF Drenching and Lowri Evans decided to descend and give an impromptu, and improvised, performance. There is an energy to the show that is captivating. Each performer is giving the other three room to breathe whilst being able to play what compliments the others. It’s a fun piece of music. On the surface Concert in the Park feels like a follow up to Armitage and Drenching’s Sippy Cup Fresh Pond album from 2018. That recording consisted of Armitage and Drenching playing improvised music on small instruments whilst also using their voices, but Concert in the Park feels like a more ambitious performance.

At first, it’s hard to differentiate atmospheric park noises and the players, but as it progresses you start to pick things out. The tapping manages to go in and out of time at the drop of a hat. The whistling is memorable, and some of it very catchy, the vocal chirps and grunts are great at blending the park and performance into one, but the real star here is the wind flourishes. These immediately grab your attention but play a vital role in moving the music forward and stopping it from stagnating, like the algae on the nearby pond.

What really makes Concert in the Park work is how serene it all is. There are times when you can hear birds in the background, and other park-goers. This grounds the performance into our reality and in the confines of the recordings. It’s also a pretty pleasant, and relaxing, listen. In the past Armitage and Drenching, under their Sippy Cup guise, have really made an absolute racket. There is nothing wrong with that. Those recordings are great too, but here, it’s almost pastoral, like Percy Faith conducting the ducks, flowers and squirrels in one natural symphony.