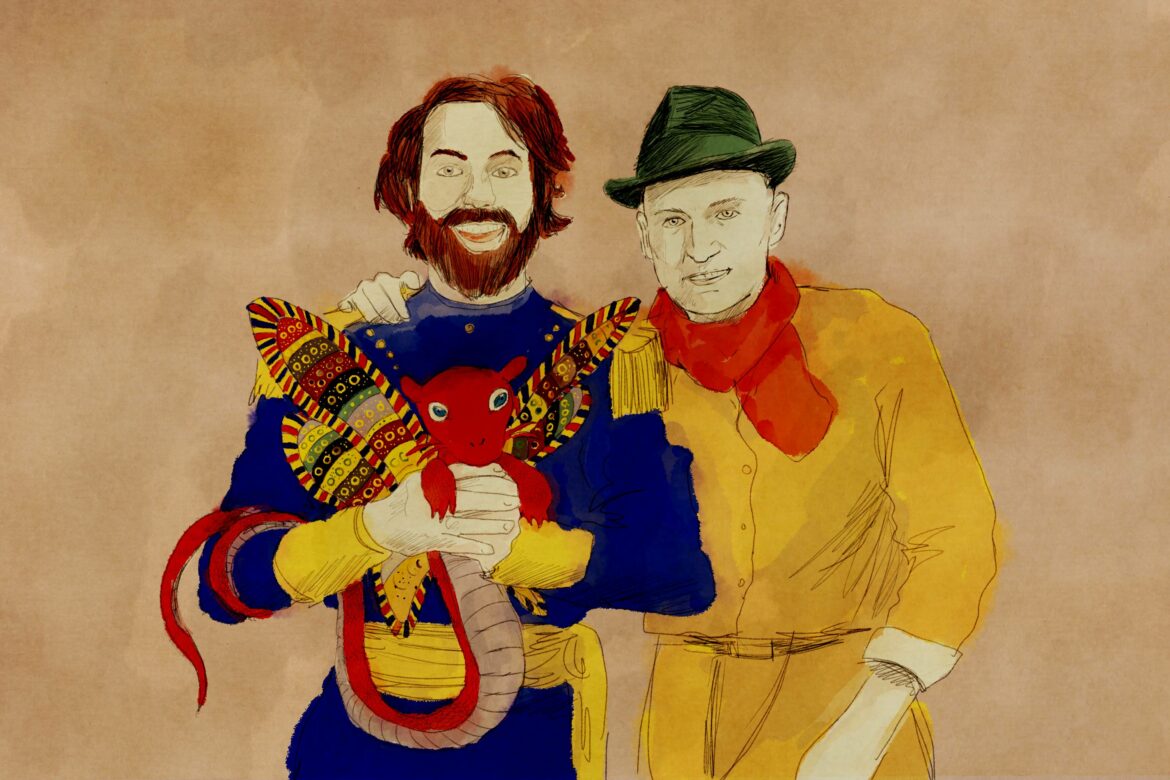 The rather wonderful concept album Outsider was released back in February on ¡Ya Basta! Records. It is the joint work of Philippe Cohen Solal and Mike Lindsay, the respective co-founding members of electro-tango trio Gotan Project and acid folk band Tunng.

A tribute to the brave and courageous spirit of children standing up against adult cruelty, the record is based upon the work of the late American writer, novelist and artist Henry Joseph Darger Jr. Darger’s work is viewed as being amongst the most celebrated examples of outsider art, hence the title of this album.

The next instalment of this project is ‘Onward In The Fight’ which features contributions from vocalist Adam Glover and the composer, artist and musician Hannah Peel.  And God Is In The TV is thrilled to be now bringing you the premiere of the video that accompanies this song.

Created by the French animator Gabriel Jacquel, the video is inspired by Henry Darger’s The Story of the Vivian Girls which forms the largest part of his book In the Realms of the Unreal. Here Darger describes the courageous little girls’ battle against adults who want to enslave them. The Vivian girls are at the heart of this new animation video, which sees one of the heroines ride across the wide plain followed by friends and family on horses to face a powerful army.

Speaking about Henry Darger, Philippe Cohen Solal says, “He was not only an awesome visual artist but also a prolific writer. Onward In The Fight should give us the courage to confront obscure forces. Onward!”