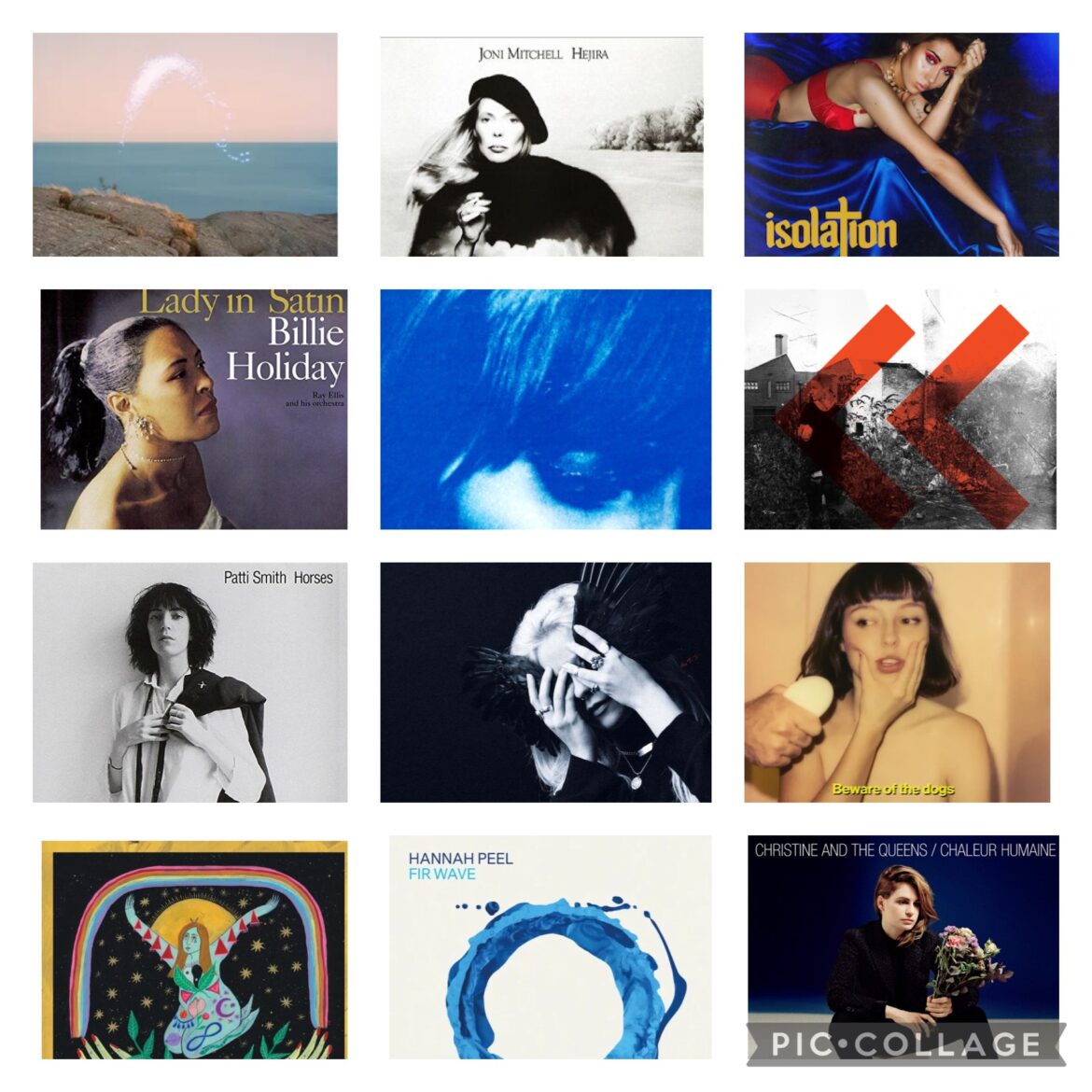 National Album Day returns for its fourth edition on Saturday the 16th of October 2021 and this year will spotlight women artists and their huge contribution to music and culture through the art of the album.

Iconic and influential albums by women artists will be revisited during this year’s event which will also “highlight the integral role that women play within the wider music community, not only as recording artists, but as songwriters, producers, and cultural influencers.”

To celebrate the occasion God Is In The TV invited our contributors to write about some of their favourite albums by women artists, including choices from both the past and present. 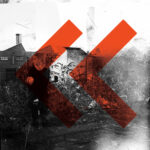 Manchester solo artist Julie Campbell is LoneLady and her vision of a modern world is haunted by the past and lies decaying at the outer reaches of the urban sprawl untouched by gentrification. Her view highlights the contradictions of modern living, the need for space yet also the desire for genuine human contact in a technological driven new millennium culture.  Hinterland is also an album brimming with tunes, skeletal, post-punk and artful, yet grooving with the ghosts of the best disco records. Yet it is more than just another album because with Hinterland Campbell had not just crafted one of the best albums of the mid-2010s, but created one of the most powerful artistic statements. (Bill Cummings)

Stella Donnelly – Beware of the Dogs Released in 2019 Beware of the Dogs is Stella Donnelly’s marvellous debut album proper, possessing the vivid clarity of a set of diary entries and framed in a set of infectious, deftly produced songs; the 26-year-old artist is calling out abusive men, terrible bosses, racists, and clueless partners, and in the process, she depicts her growth as an empowered young woman and burgeoning artist. Whether breezy or stripped back, each of her tunes are dipped in an introspective brutality or a sardonic twist, that reveals itself as you pay closer attention to each song. By giving voice to her experiences Melbourne’s Stella Donnelly is an artist giving a face to today’s climate of injustice, gender imbalance and music industry sexism and abuse, she’s giving voice to the voiceless, she’s turning the tables, ripping power from the powerful with humour. That she does it all with such class is a credit to her outstanding voice and talent: this is wonderful, sharp and clever songwriting, catchy yet laced with her wit and personality. It’s what great pop music is all about. Lock up the dogs, shut up boys, stick a pipe in it gammons, here comes Stella – it’s remarkably welcome and by God, it sounds thoroughly fantastic. (Bill Cummings)

Christine and the Queens – Chaleur Hermain First released in French then rereleased as a bilingual version Christine emerged into the wider consciousness through her awesome glitch of ‘Titled’ that joyously celebrates difference. With its mix of future pop sound and torch balladry, her second album Human Warmth was a smart introduction to Christine and the Queens’ ability to craft special pop music that reflected her growth as a young woman trying to find her sexuality and place as an artist, one who throws off the shackles of a stereotype at every turn.

‘Jonathan’ featuring Perfume Genius, is a bubbling lament that becomes a tale of gay emancipation and mistreatment by a partner who never provided closure. Sophisticated, artful and nuanced her splicing of musical styles, her bilingual abilities giving the songs constantly fresh perspectives: her tales of blurred identity are ambiguous yet universal to human experience.

The R&B pops of ‘No Harm Is Done’ is counterbalanced by a male rap from Tunji Ige. Further embracing her dualities and boundary-crossing performances, she flexed her muscles again on the more refined sleek US RnB-influenced sound of 2018’s awesome Chris. (Bill Cummings) 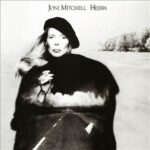 Hitchhiking regularly in the mid-’70s between my home in East Kilbride and London this was the record that always came to mind. If I was stuck for hours on the slip roads at Bothwell Bridge, Scotch Corner or some Godforsaken service station on the M6 I thought of Joni Mitchell. “You just picked up a hitcher, A prisoner of the white lines on the freeway.” She sang these lines on Hejira’s opening track ‘Coyote’ and it evoked in me such strong feelings about liberation, adventure and, above all, hope.

Joni Mitchell had written Hejira as she drove alone across the vast expanse of the United States of America from Maine in the east to Los Angeles in the west. As she pushes and stretches the rhythms and melodies of the songs around the intimacy and intensity of her narratives she seems to just embrace that glorious sense of abandonment and space. It is a beautifully atmospheric work of art and bears witness to Mitchell at the absolute zenith of her creative powers. (Simon Godley) That Emma-Jean Thackray played the Far Out stage at this year’s Green Man Festival was undoubtedly a masterstroke in placement for the Yorkshire-born trumpeter, singer and bandleader produces music that is neither of this time nor place. Somewhat improbably she appears to take lashings of the late 60’s psychedelic soul band Rotary Connection, the high intensity of a Lalo Schifrin soundtrack from the following decade and melds them with a raft of contemporary rhythms and Avant-jazz to whip up a progressive musical storm. On ‘Golden Green’ – taken from her fascinating debut album Yellow – she sings “Smells like biscuits, biscuits and weed. My baby’s made of sunshine” against a backdrop of floating, dislocated brass and beats and you kind of know exactly what she means. (Simon Godley) 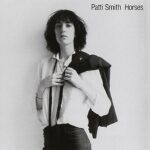 When punk rock first exploded onto the UK music scene in 1976 it would have been easy to mistake the movement as being almost exclusively the domain of rebellious young men. There was the Sex Pistols, The Clash and The Damned. And then there was this… “Jesus died for somebody’s sins, but not mine.” And with these words – the opening line to the opening song on her debut album Horses and with it a dramatic rejection of conventional morality – Patti Smith immediately blew this myth about men’s monopoly on punk music right out of the water. And thus began what has to be one of the greatest albums in the history of contemporary music. From the record’s iconic cover and the image of Smith as insouciant cool to two epic tracks – ‘Birdland’ and ‘Land’ – both breaking the nine-minute barrier it demolished taboos, convention and received wisdom about what a punk record should look and sound like. Horses meets at a point where punk, poetry and pure unadorned visceral power all converge. Even now, almost 46 years after its original release, it still sounds like nothing on this earth. (Simon Godley) That Hannah Peel’s pet whippet is called Bertie Moog, named after the man who developed the modular synthesizer, tells you much about the Northern Irish composer, artist and musician. She is adventurous, fun and fiercely independent, with a deep love and respect for electronic music, characteristics that can all be found on her 2021 album, the imperious Fir Wave. Here she reinterprets the sounds from a 1972 anthology by the BBC Radiophonic Workshop composers and electronic pioneers Delia Derbyshire and Brian Hodgson. She harnesses all of their vivid experimentation and innovation on Fir Wave, translating and magnifying their vision into a glorious wash of futuristic sound. (Simon Godley) 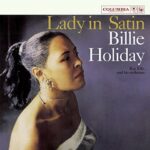 Released in February 1958, Lady In Satin is the penultimate album from Billie Holiday. Within 18 months and at the age of 44, perhaps the greatest singer of all time was dead, her life foreshortened by a combination of years of horrendous sexual and physical abuse at the hands of countless exploitative men, the abject horrors of racism in her American homeland and the ravages of chronic alcohol and drug abuse. These devastating experiences and her associated emotions are all distilled into these recordings.

In knowing all of the above, Lady In Satin can be an uncomfortable listen. Much like her life itself, on this record Billie Holiday’s once velvet voice is battered, bruised and nearly broken. But it is never defeated. Holiday’s remarkable resilience adds to the sheer poignancy of these dozen songs all of which are drawn from The Great American Songbook of popular music. Just listen to the album’s opening track, ‘I’m A Fool To Want You’ and you will hear that her unique phrasing and expression, intuitive sense of rhythm and quite impeccable timing  – she often lays up so far behind the beat you fear she will miss it altogether – all remain defiantly intact. (Simon Godley) Inspired by her brief acquaintance with the late, great indie legend David Berman – in whose new band Purple Mountains she was due to go out on tour in the summer of 2019 before he tragically took his own life – CassandraJenkins’ second album, this year’s An Overview On Phenomenal Nature documents similarly fleeting encounters, their impact upon her and the very nature of our being. Existential by design, the record slowly reveals more and more of itself with each repeated rotation. It just gently seeps into your consciousness. “The water it cures everything”, the Brooklyn-based musician, singer and songwriter suggests on ‘New Bikini’ over a shimmering haze of delicate psychedelic-folk. You feel that Cassandra Jenkins could have just as easily been talking about the album itself. (Simon Godley) 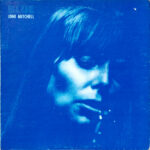 As a teenager, a Canadian living in Laurel Canyon singing about breaking up with rock stars didn’t really speak to me but by the time you’re in your thirties and you can appreciate the experiences Joni and my Mum has been through because I’d now been through them too and it’s now an incredibly emotional album for me, not least because the songwriting is so exquisite and pinpoint perfect but because it makes it so much more heart-wrenching. (Jim Auton) 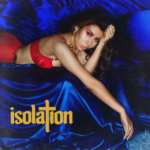 Kali Uchis is a Columbian-American songwriter who, legend has it, started out by putting lyrics she scribbled in a notebook over loops and samples, creating a sound and a style that manages to be both retro kitschy and futuristic, a collage of styles and influences tailor-made for the digital age.

Add to that sultry, quirky music videos with more than a wink to LBGQT culture in colours vivid enough for a Wes Andersen movie, and you have the perfect recipe for mainstream success. What I love about Kali Uchis is that she has created her own little universe, eclectic and kaleidoscopic, with lots of references to both classic pop culture from the ‘60s and ‘70s and modern urban culture. Musically she borrows freely from funk, soul, indie, reggae, electronica and her own Latin heritage. The glue that holds it all together is her tongue-in-cheek pop-culture vision and her sultry little girl vocals, teasing, mocking and soothing at the same time. (Phil Vanderyken)

Anna B Savage – A Common Turn 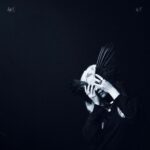 To another exquisite voice, Anna B Savage manages to not just tell you about her experiences but make them HD ready and in technicolour as every inch of feeling is in her voice and lyrics. Not just the most startlingly beautiful voice of this year at least, but some of the best songwriting of recent years. A Common Turn is a masterpiece, like Blue was 50 years ago and remains to be. If there’s any justice in the world, and we know there isn’t much, Anna’s debut will be lauded in much the same way half a century later too. (Jim Auton)