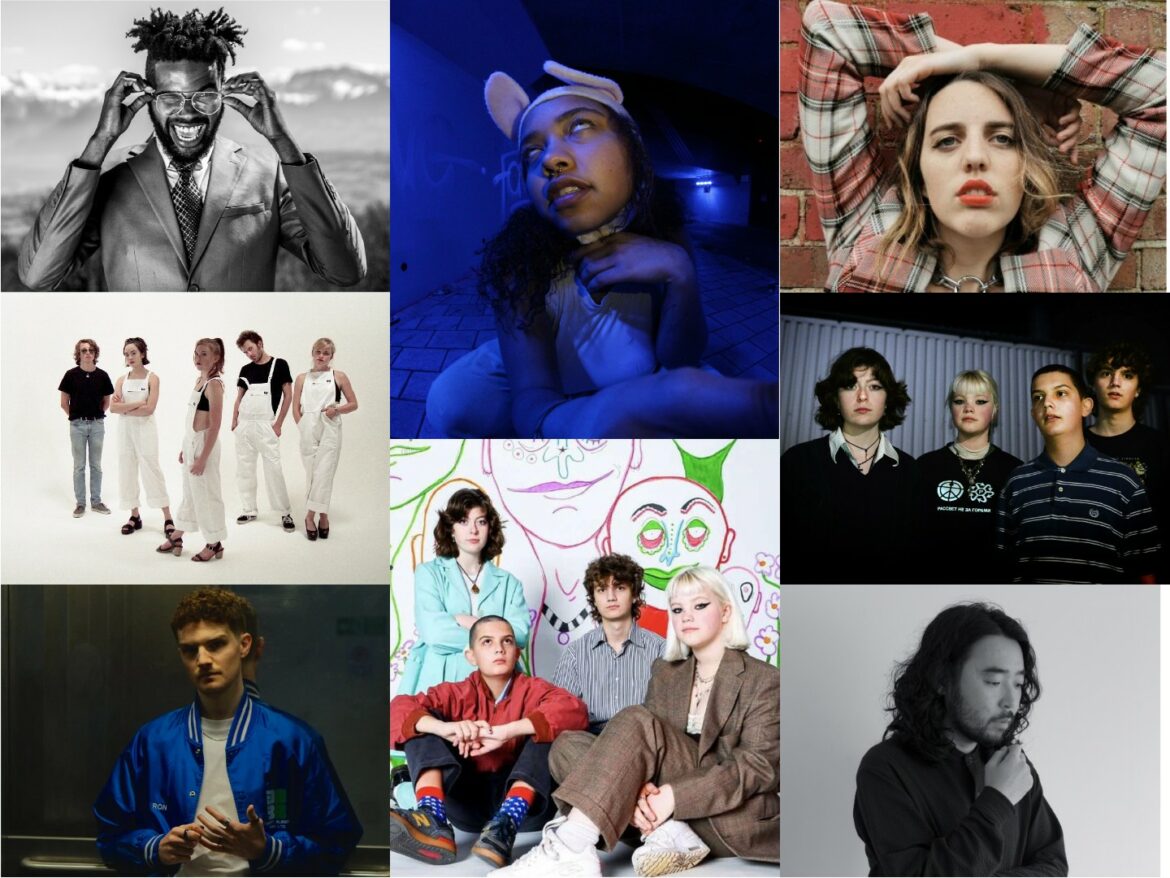 Welcome to this week’s round-up of great new music we’ve been enjoying here at God is in the TV. As the lockdown restrictions are gradually eased, the weather starts to behave itself and the prospect of live music returning becomes increasingly likely, things seem to be on the up (fingers and toes very much crossed). We hope this latest Tracks of the Week provides a decent soundtrack to the new freedoms you may (or may not) be enjoying. As ever, you can keep up with our Tracks of the Week over on our dedicated Spotify playlist.

Why we love it: ‘Blue Jeans’, the follow up to Anorak Patch‘s second single ‘Irate’, furthers the argument that this is a band well worth keeping an eye on. For their latest effort, the band build on the impressive musicianship of previous singles, blending a unique take on the current post-punk revival with the desert rock sounds of acts like Queens of the Stone Age and the spoken word of Kae Tempest. Although Anorak Patch are still in their teens (the drummer is only 13!), they’ve already built up some impressive achievements, picking up fans across the BBC and recently earning a spot on the BBC 6 Music playlist. Check out ‘Blue Jeans’ below.

Why we love it: ‘Juno’ is the first single taken from Spud Cannon‘s forthcoming LP Good Kids Make Bad Apples. Capturing all the excitement and angst of a teenage night out, the band’s new single is an indie-pop gem, refreshingly uplifting in these often confusing times. The album was recorded after a particularly stressful period of touring that, according to the band, nearly broke them apart for good. Through the record, the group delve deep into their relationships and the sense of pure fun that drew them together in the first instance. Good Kids Make Bad Apples will be released on the 9th of July via Good Eye Records.

Why we love it: Both mournful and reflective, ‘The Eighth Day‘ evokes a sense of nostalgia and melancholy that has been all too familiar for many over the last year. The piece is taken from Akira Kosemura‘s forthcoming album of piano compositions, 88 Keys.  Due to the coronavirus restrictions at the time, Kosemura was forced to postpone the projects he was working on, leading him to return to the piano and begin composing the pieces that make up the album. Listening to 88 Keys, it is immediately clear how Kosemura sought solace in music and creativity through a year like no other. That sense of tranquillity washes over you as you listen through the record, as though Kosemura has transported you to his place of inner peace.

Why we love it: ‘MAMA’ is a truly unique mix of influences, ranging from Afrobeat to hip-hop and jazz. The track celebrates Man Like Nells’ heritage, in particular the Central African Republic, and black culture in general, focusing on the understanding of his ancestry from the perspective of a black European. The video to the track invites you to discover the Central African Republic’s history, monuments and lifestyle. From a personal perspective, the song explores the notion of identity and how one’s heritage informs so much of how we see ourselves. Man Like Nell‘s self-produced EP Rooted, from which ‘MAMA’ is taken, is available right now. We’d urge you to check it out.

Why we love it: Harry Gardner returns with another perfectly crafted pop song in the form of ‘Oblivious’. Over the first few bars, Gardner sounds for all the world like a Southern Bill Ryder-Jones, before the trademark uplift in tone running into the song’s anthemic chorus. The track was written after a coming-to-terms with the end of a toxic relationship. That sense of relief and release is captured in the breezy tonality and danceability of the song. An early contender for this year’s summer anthem? We think it could well be.

Why we love it: Aderyn knows her way around a tune. With glistening guitars and tumbling percussion, her second single ‘Silver Screen’ is crafty, catchy and filled to the brim with heart. A sketch of growth and relationship melodrama, young South Walian Aderyn possesses an elastic voice that teeters between hopeful and heartbroken, sailing between bittersweet and kickass – Soccer Mommy and Courtney Barnett would surely approve. This nifty hooky chorus trembles wonderfully with a questioning “so where do I stand?” refrain that drops to an infectious “uh oh“. It’s an earworm that burrows its way into your head and you will be singing along for days. Marvellous. (Bill Cummings)

Why we love it: Smooth, trippy and soulful ‘end song’ is a track about the end of the world. Lifted from her debut EP feels like we’re getting older doesn’t it, poised for release on June 4th.

“end song is about the stretch of time just before the apocalypse. The calm before the storm. Like a waiting room. Everyone sitting around reading magazines, checking their watches. ‘Shouldn’t this have ended by now?’ Looking around the room waiting for God to put his big sandalled foot down and blow us all up.” Reflecting on consumerism and inequality in a dystopic scene not unlike the eeriness of lockdown, Feeo shows off her vivid songwriting skills and hook-laden sound that spirrals somewhere between Arlo Parks and the spirtualism of Erykah Badu. Hypnotic. (Bill Cummings)