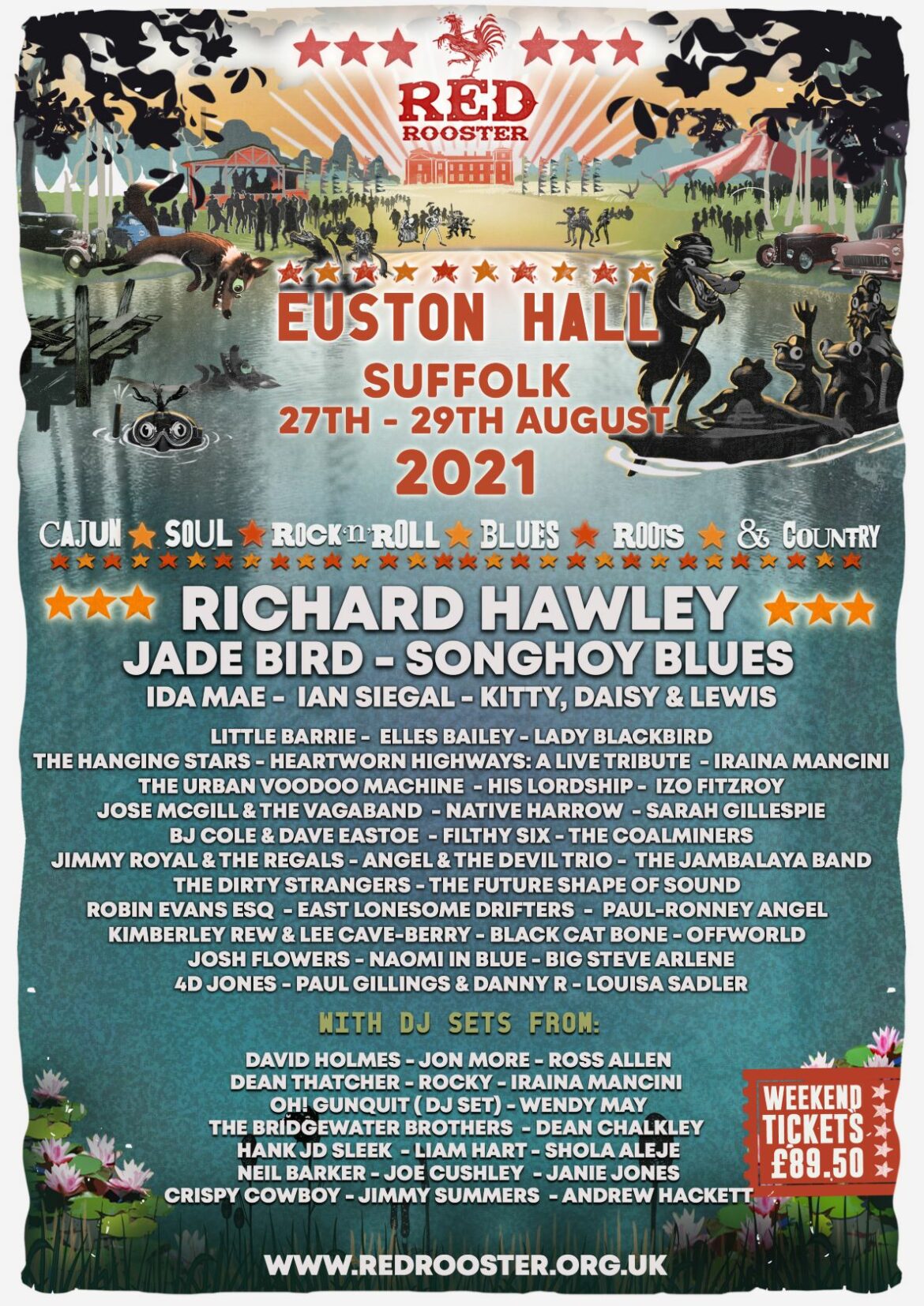 Red Rooster Festival returns for its seventh annual outing, this year over the August Bank Holiday weekend. It will run from the 27th to the 29th of August in its usual location of the beautiful surroundings of Euston Hall in Suffolk. And what is more, it has now revealed details of its full musical line-up for this year’s event.

Since its inception in June 2014, Red Rooster has firmly established for itself a very strong reputation for featuring some of the very best Cajun, Soul, Rock’n’ Roll, Blues, Roots and Country music that is around today. And in this regard, this year is absolutely no exception. Topping the bill on Saturday night is no less than Richard Hawley, the celebrated Sheffield singer-songwriter, guitarist, and producer whilst headlining Red Rooster’s main stage on Friday and Sunday night respectively will be the supremely talented British musician Jade Bird and Malian desert blues band Songhoy Blues.

You can add to this a number of fantastic DJ sets from many artists including the revered electronic musician and composer David Holmes, who will be paying tribute to his friend, the late, great Andrew Weatherall; Jon More, Ross Allen and Iraina Mancini.

For full details of Red Rooster 2021 and how to buy tickets for it, please head HERE