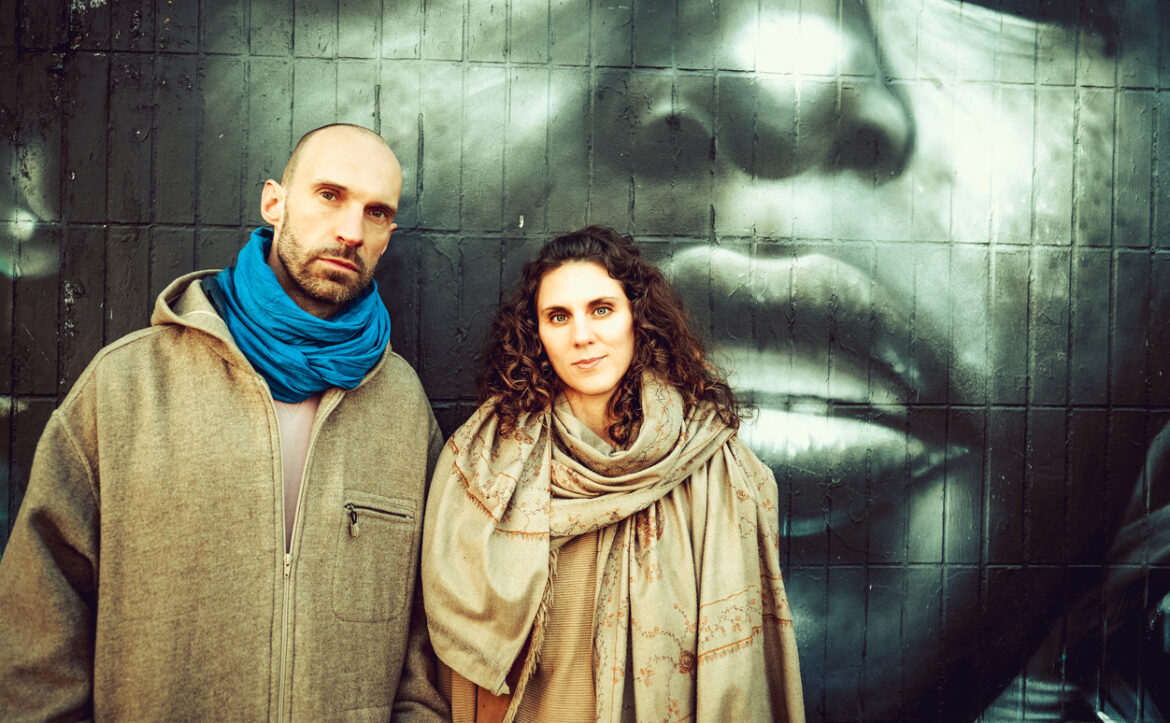 Caulbearers explore their beloved Manchester on ‘Burst Through The Borders’ and we are debuting the new video below. A tender song cycle that swelling instrumentation and entwined male/female vocals explore the spiritual ties that bind us as communities.

‘Burst Through The Borders’ is influenced by modern, urban existence and celebrating the sacred in the everyday and the supposedly mundane.  The accompanying video is a collaboration between Mahoney and editor/animator James Stirzaker, who has a long history of working with the band, including the artwork for their previous single ‘Over Comes A Cloud’, released in December 2020.

Caulbearers are a Manchester-based collective of musicians, formed in 2007 and led by Damien Mahoney, with contributors hailing from around the UK and Europe. A DIY ethic has coursed through the band’s work, including releases, design, production and much of the recording process. This hybrid ensemble is known for blending diverse musical styles and fusing them together on stage, weaving nu-jazz and folk with elements of hip-hop, funk, dub, soul and afrobeat.

The video was shot almost entirely on mobile phones during the Covid 19 epidemic and in various states of lockdown restrictions in 2020. It depicts eerily empty scenes of Manchester, including the heart of the city centre. Other locations include Blackburn countryside and the Norfolk coastline. Singers Ruth Blake and Damien Mahoney are the only humans seen in the video, accompanied by various birds enjoying brief cameos throughout. As in the song, the natural world with its mysteries, wisdom and wonder, is the main protagonist of the video.

“I wanted to capture all these locations at such a unique time when everything felt so different, to help tell the story of a song that imagines great transformations of our societies, spaces, cultures and of ourselves. When everything initially locked down in the UK, we only had access to our phones and each other, so my wife Liz and I took a DIY approach and would go out filming in the early morning. As the year progressed, other friends also filmed sections and when times of less restriction came, we visited more locations but kept the same approach and aesthetic throughout.” says Damian Mahoney.

Written in 2017, the song’s lyrics for ‘Burst Through The Borders’ were inspired by timeless texts by authors such as Idries Shah, Kahlil Gibran and Neil Douglas-Klotz whilst simultaneously dreaming of a beautiful revolution occurring in the markets, pubs, boardrooms, hospitals and schools of our towns and cities.

“As a species, we have so many difficult challenges to find solutions for, that it can feel overwhelming to know where and how to start. I wanted to write something that had total faith in the possibility of change, in the ability to transcend the complexities of our modern lives with simplicity. The song imagines this energy of love flooding through the world and transforming the institutions and purposes of our societies and our lives. By its nature, it dismantles the barriers that cause hardship for so many and the borders that separate us from each other.  I wanted to write something that included everyone and everything. I was imagining this powerful force, reaching and filling up all these places and the people in them, leaving no one behind,” says Damien Mahoney.

‘Burst Through The Borders’ can be pre-ordered from all digital platforms and will be released on April 29th 2021. It can already be ordered via Bandcamp at https://caulbearers.bandcamp.com/album/burst-through-the-borders-single