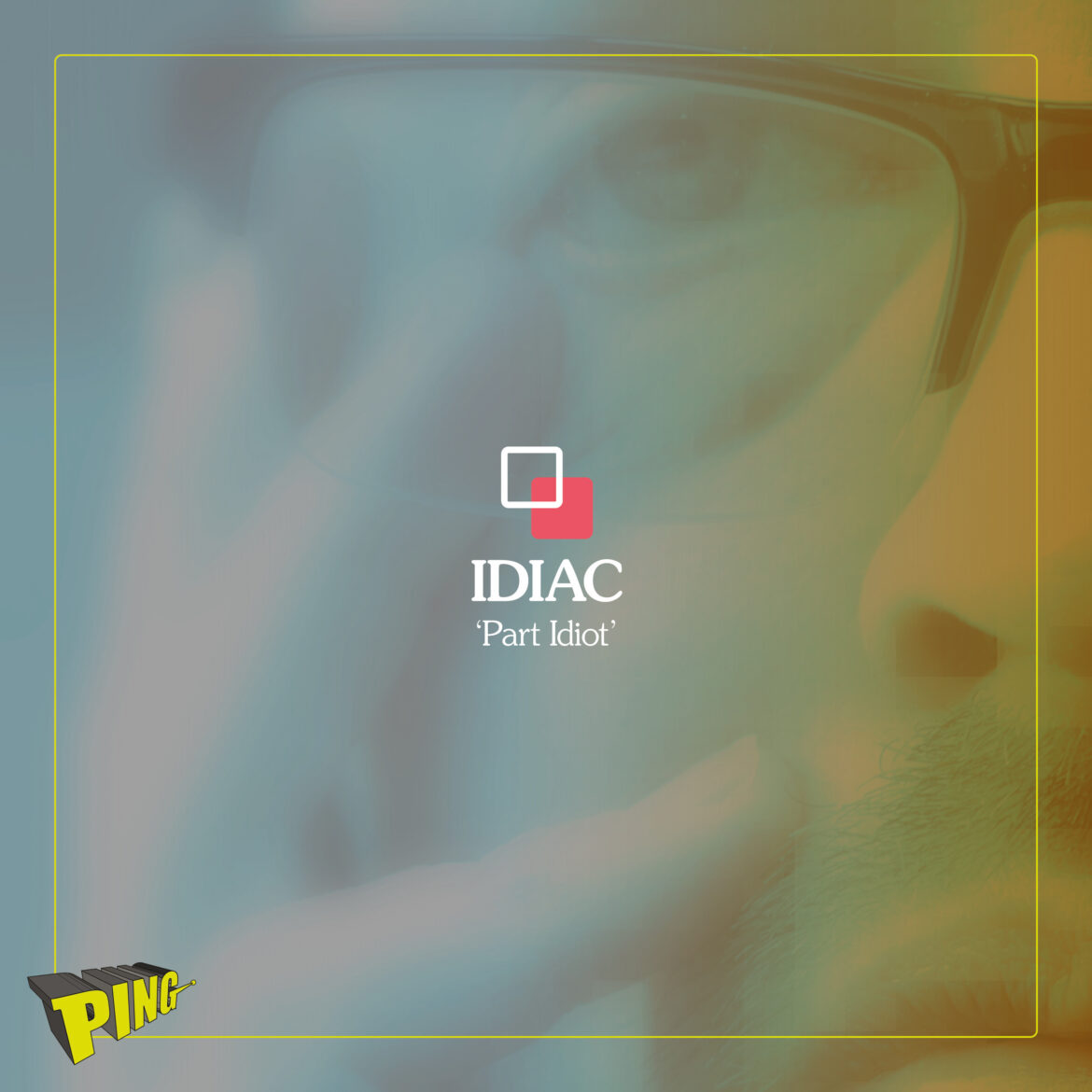 There is one writer at GIITTV – who shall remain nameless – whose reviews I have, time and time again, had to remove the word “journey” from, so ridiculously frequent was his use of the term, but I’m going to have to eat humble pie here, for there’s no other way to adequately describe Idiac‘s debut long-player and do it justice. It most certainly is a journey, in the same way that The Future Sound Of London‘s classic 1994 album Lifeforms is one. Not that Part Idiot sounds remotely like it. After all, there was little in the way of melodic hooks on that work of genius, focusing more, as it did, on the feeling of being outdoors and at one with nature. Part Idiot sounds more like the soundtrack to a blissful dream sequence on a train, through beautiful, panoramic countryside. But the one thing that ties those two records together is the romance. It’s there in spades.

Not that I’m saying this is a completely ambient album. It isn’t. In fact, by the time ‘Guffley‘ reaches its dramatic conclusion, it’s as though Aphex Twin has boarded the carriage, pushed the driver out of their seat and taken everyone on a detour along death-defying mountain trails and at high speed through magical tunnels. It’s really quite thrilling.

Interestingly, when first unleashing ‘Farewell To UL7‘ on us, the erstwhile Paul Banks (not to be confused with his Interpol or Shed Seven namesakes) posted an accompanying statement which read “So here’s to you, UL7 – we had many great times chewing food together and I’ll certainly miss you, but I will not miss the dull ache of infection, nor will I miss having to dig bits of food out of you after every bloody meal!”  Yes, folks, it appears that UL7 was a tooth, so it’s somewhat surprising to find that this particular track seems so effortlessly gorgeous. Perhaps it’s a reflection of the relief felt by its composer post-dentistry!

‘Ninety Second Walk‘ on the other hand, begins as though it’s going to be a drone track. In some ways, it is, with its ominous rumble motif permeating throughout, but the introduction of some Kraftwerk style keys brings it some much-needed light relief. My personal highlight though, is the delightful ‘Magic Bedtime Pudding‘, very slightly sinister and otherworldly, strangely putting me in mind of The Specials‘ ‘International Jet Set‘, despite not holding a great deal of similarity to it, other than that suggested transcendentalism.

Part Idiot starts and ends with ‘Galloping Senility‘ (parts 1 & 2 respectively), warm swathes of dramatic kick-drum on the former, leading to frenetic drum and bass on the latter curtain closer, and there it is, we have reached our destination (yes, I know that sounds like the aforementioned other writer too. So bite me.)

You know how people always clap the pilot after an aeroplane lands? Bloody nonsense that. It’s a bit like clapping the bloke at the deli after he’s done me a Mexican wrap. But in this instance, the passengers on the train have enjoyed themselves so much that I think we all ought to give Idiac a nice round of applause!

Part Idiot will be released physically through Pingdiscs on 7th May, although it will be available on Bandcamp, and to pre-order, from 29th April. All proceeds will be going to Macmillan Cancer Support via Touched Music.