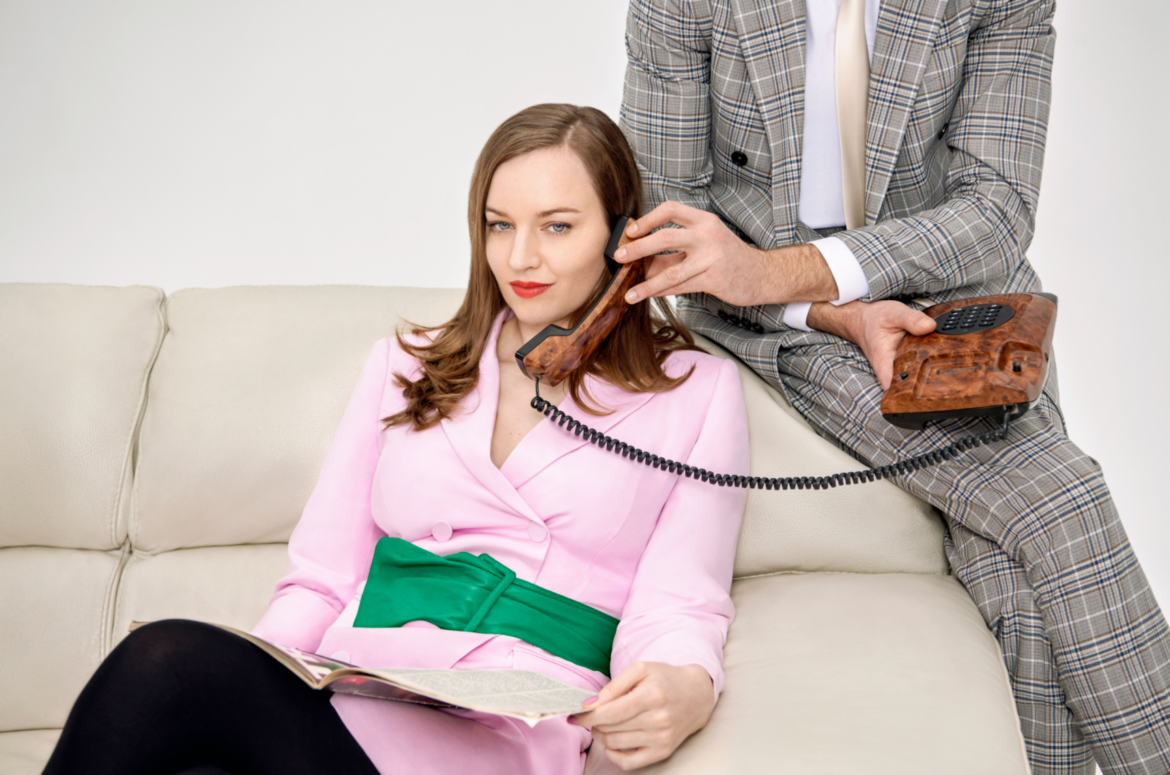 Lou Hayter first made her mark professionally as keyboardist for the Mercury-nominated New Young Pony Club, before going on to form the New Sins with Nick Phillips and Tomorrow’s World with Air’s JB Dunckel.

Now she is striking out solo, skilfully mining a brand of sophisticated and infectious synth-pop that taps into the Jam and Lewis era of Janet Jackson and the knowing suites of pop explored by the likes of Goldfrapp and Pet Shop Boys. The sumptuous title track, ‘Private Sunshine‘, is a breathy cloud of French touch tinged pop wistfulness. It’s the follow up to the confident funky grooves, knowing hooky refrains, and sparkling synths of ace previous single ‘My Baby Just Cares For Me’. Elsewhere the sax laden groove ‘Telephone’ struts infectiously to capture someone’s heart, while the sugary sweet melodies of ‘Cherry on Top’ is bursting with infatuated shimmering possibilities woven with house flavours.

With this clutch of brilliant singles, her forthcoming debut solo album set for release this spring is a treasure trove of refreshing slinky sunshine flecked pop sounds that surf the lines of disco, 70s, and synth-pop and cuts it into a colourful pattern that will brighten up your day and get your feet moving. We caught up with Lou Hayter in advance of the release to find out more.

Hey Lou, how are you today?

Hey, I’m good thanks, keeping busy in the studio

How has lockdown treated you?

It’s been challenging and an emotional rollercoaster I think like it has for most people. But there have been moments of beauty and love and creativity too. I think it’s something to learn from.

What was your vision for your solo project?

I just took everything I’ve learnt from other music I’ve made over the years and tried to galvanise my sound. I didn’t think too much about a concept when I was making it but when I look back I can see that I was taking my influences from the underground and the genres that I love and putting pop songs over the top of them.

Tell us about your new single ‘Telephone’?! I love the sax part.

Thank you! ‘Telephone’ is a sample-based song that I made. I got really into sampling and loved the sound of this loop so I looped it up and wrote over it then added things of my own like the saxophone and extra synths. The sax is played by a guy called Andy McDonnell. He’s a great player, he really took it to the next level.

From the addictive ‘Cherry on Top on.’ I love the album – it’s so refreshing and playful it has a really sunny air was that what you were aiming for?  Who did you work with on the album? Over what period?

Yes, with ‘Cherry on Top’ I was really trying to bring in that sunny, LA, yacht rock sound that I love but make a pop song with it.  I feel happy that it turned out how I wanted it to. When I listen to Steely Dan and yacht rock it really makes me feel happier. One woman told me that ‘Cherry On Top’ helped her get through her divorce and now she’s met someone new! Haha, really sweet. I worked mainly with my mate Martin Dubka who really helped me to actualise the sound I wanted to achieve. He’s brilliant to work with.

You talk about Jam and Lewis as an influence on the record I can definitely hear that on something like ‘My Baby Just Cares For Me’?!

Yeah, they just made so many great records, Janet Jackson, Change, S.O.S Band… I listen to them all the time and try to learn from them. Little production tricks that help me get songs over the line. I could only dream of sounding like that but I study what they do and hopefully, some of it rubs off on me.

You also mention French music as an influence, what are your favourite French pop and house records?

Ah, that’s a great question.  I love so much French music.  ‘Histoire De Melody Nelson’ by Serge Gainsbourg is in my top 10 all-time favourite albums. Then of course Air, who I got into from their first EP’s and then was lucky enough to work with JB Dunckel from the band. In house music, I adore the Etteinne De Crecy remix of Modular by Air. Alan Braxe ‘Intro‘, Pepe Bradock ‘Deep Burnt’, Stardust, Daft Punk, the Crydamour and Roule labels, I bought all those records when they came out and they’re all classic house records now.

What inspires your lyrics is it personal experience or observation or a mix?

Both, sometimes I’ll put a story I’m having in my love life into a song and other times I completely make it up. Or I hear phrases I like in conversation or books and nick them.

You were in New Young Pony Club, before going on to form the New Sins with Nick Phillips and Tomorrow’s World with Air’s JB Dunckel, have you fed your experiences of these projects into your own work?

I think any experience you have in the studio feeds into you so I’ve just picked things up over the years. I’ve been extremely lucky to work with so many talented people that I admire and to be able to learn from them. I’m always watching and learning.

Does it depress you when you see such male-dominated festival lineups coming out?

It doesn’t depress me but more confuses me as there are so many great female artists out there. I don’t notice a bias of male artists in what I hear on the radio so I don’t really get what’s happening with the male-dominated lineups at festivals.

Are you hoping to get out on the road this year or maybe early next?!

Yeah, I’d love to! I just did my first live stream the other day and it was really fun so it’s got me hyped for getting out and doing some shows now.

Thanks for your time, love the record

Thank you for having me and I’m glad you like it!

Private Sunshine is out digitally May 28th & vinyl 23rd July