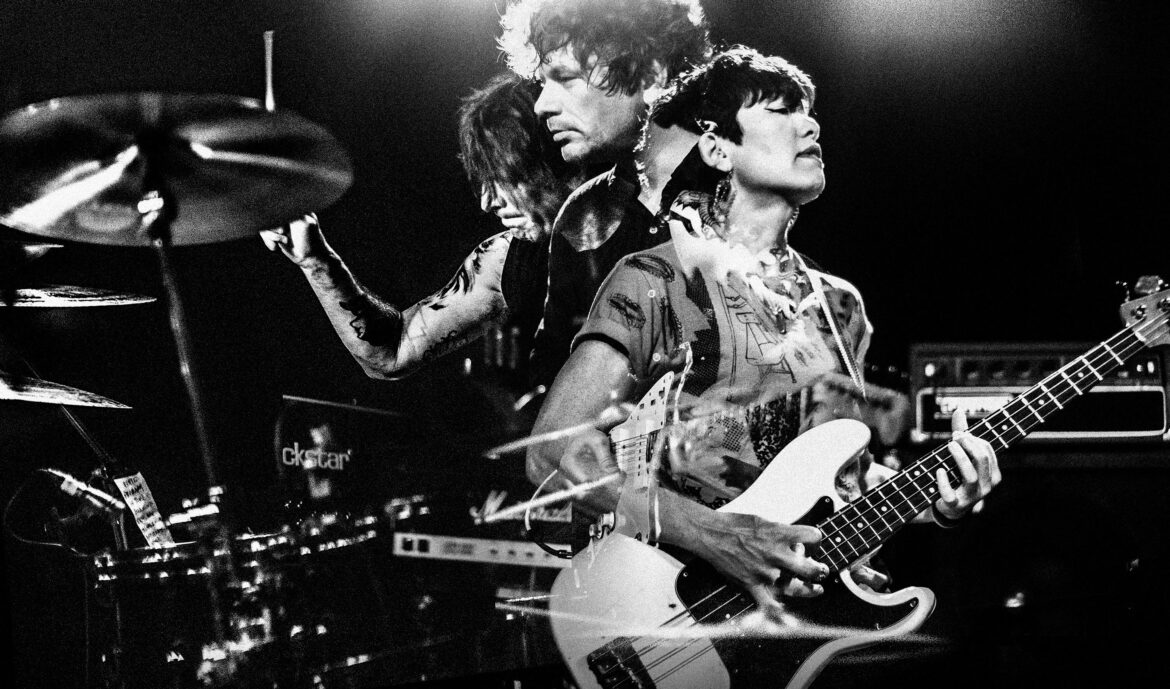 Today we are debuting ‘XOUT’ the new video from Chicago trio FACS (featuring ex-members of Disappears), watch it below.

It’s lifted from their forthcoming album Present Tense which is out 21st May on Trouble in Mind. FACS lace a swirling, atmospheric and abrasive soundscape with simmering intense, industrial sounds, blurring the lines of post-punk, shoegaze and post-rock, it’s a dystopic foreboding palette of sounds that swirls discordantly like a big dark cloud threatening above the horizon. Their work is for fans of Crack Cloud, Unwound, This Heat, SUUNS, Cabaret Voltaire, and Fugazi.

The accompanying video was directed by the band’s collaborator Joshua Ford who says of it: “I put FACS behind glass for this video, maybe subconsciously marking this time and place to some degree. The ‘XOUT’ video comes outright one year into the pandemic, most of us have lived with some fear/dread over the last year, all of us have felt a sense of separation. That simple idea grew into an organic stream-of-consciousness sequence of video and still images that I’ve captured over the years in the midwest and southwest. It’s purely mood-driven.”

FACS once again shuttered themselves into Electrical Audio with lauded engineer Sanford Parker to lay down the basic tracks and overdubs for Present Tense. This time, the band approached their songwriting from a different angle “Alone Without was the first song we recorded and we really built it in the studio” Case says, “Alianna and I played different instruments, and I think that freedom informed how the other songs developed. All the lyrics were random phrases on a big sheet and were put together as the songs took shape, so I feel like I was collecting these thoughts and trying to figure out how to process them as a big picture vs making complete ideas in individual songs.”

Case adds ”…letting the songs go where they wanted, without steering them into what we all think a FACS album should be.” The change is palpable from last year’s claustrophobic and fried Void Moments, but Present Tense is still ALL FACS, albeit draped in a layer of haze. Paranoia in soft focus, perhaps?