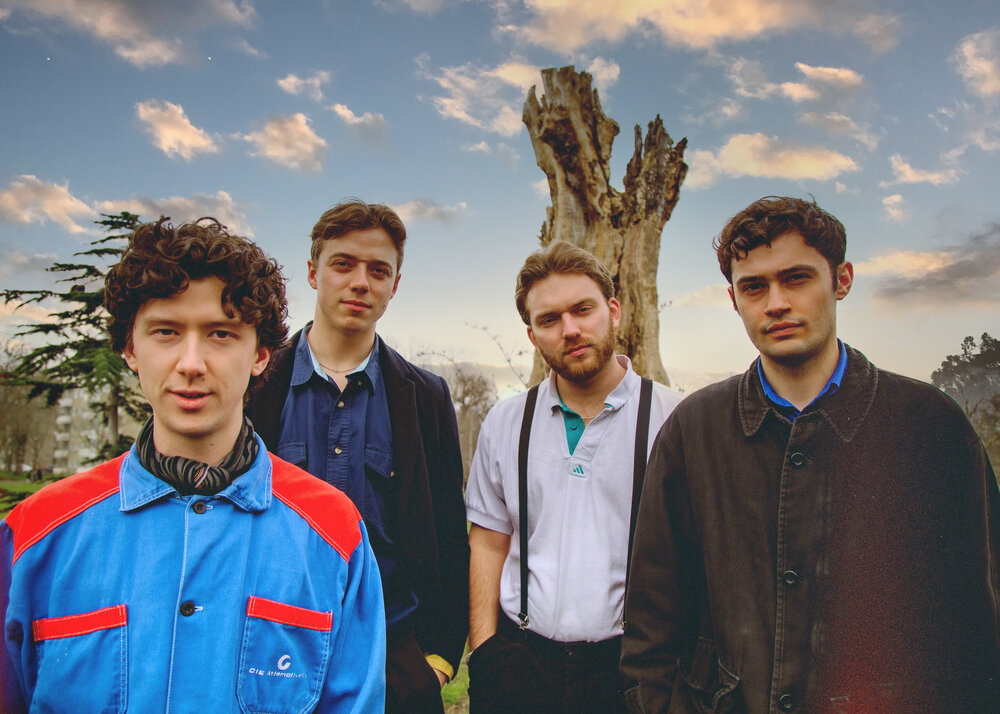 Hollis Lomax sound like a band who are very much in tune as a musical unit. Consisting of Will Rowland (keyboard/vocals), Hugo Keays (guitar), Will Ellis (bass guitar) and Rob Taylor (drums), the band met at Oxford University, and name “under-appreciated Beatles songs”, Brian Eno and Jonathan Richman, among others, as their primary bonding influences.

New single ‘Past Time’, an ambitiously constructed shimmering wash of sounds and reflections; the sonic equivalent of light bouncing off a body of water. It has a sense of restless motion about it which both yearns for and rejects the past.

‘Past Time’’s opening is announced assertively by Rob Taylor’s drums, with a rhythm which feels both driving and hesitant, inhabiting intangible beats between unreachable places. Will Rowland explores these uncertainties too, asking ‘Am I present in this space?’, and insisting, with increasing desperation and urgency, ‘let’s go there’, to some long-forgotten and perhaps half-imagined place. As a listener, ‘there’ feels like a creative, sonic space, somewhere beneath the layers of rippling drums and Rowland’s gentle dripping keyboard; but there is a nuanced narrative which suggests a lost romance submerged in time. ‘She comes around now’, the flicker of a memory or dream, reliably haunting, persistent. There’s a sense of recollection becoming increasingly hard to grasp, of memories fading as they appear.

The song’s surface is reliably uncertain. Pitches slide, rhythms shift and tumble, the floors move beneath your feet as soon as familiarity settles. There’s a distant quality to the song which is equally rooted in a very direct sense of presence and immediacy. The arrangement never overstretches itself, never demands too much of your attention, but provides a rich texture for Rowland’s vocal delivery.

His vocal style is refreshingly reminiscent of the band’s part-namesake Mark Hollis, the singer of their acknowledged inspiration Talk Talk. Rowland’s vocal phrases, sung with great musicality and sense of melody, are well balanced, inviting yet distant. It is also noteworthy that one of the band’s initial shared musical passions at university was composer Edward Elgar; that opening vocal melody undoubtedly has something of Elgar’s emotive richness, a lifting and falling motion which seems to capture the song’s disjunct beauty.

The structural experimentation of ‘Past Time’ is perhaps its strongest asset, and where the band’s influences are perhaps most identifiable: passages swerve from section to section, texture to texture, as seamlessly as anything on Spirit of Eden. The song is full of richly woven interludes which demonstrate the band’s closeness as a unit and attention to detail; Will Ellis’s bass and Hugo Keays’s guitar construct a harmonic veil through which the song moves into its second section, the bass’s percussive insistence taking the song in a new direction. 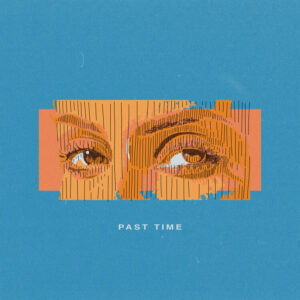 ‘Past Time’ feels like an accompaniment to a contemplative stroll, but one in which the weather changes every five minutes, from bright, clear calmness, to dewy drizzle, eventually progressing into a thunderous shuddering storm which dissipates as soon as it causes havoc. This effect is held in place by Hugo Keays’s cascading electric piano motifs, chiming and droning above the song’s surface as it endures these dramatic changes. It represents a reassuring constancy throughout even the most tumultuous of developments.

The song’s climax sees these keyboard ripples becoming more violent, urgent explosions, permeated by stabbing major-seventh piano chords, not unlike the ending of Radiohead’s ‘Videotape’, harmony and discord tumbling over one another. Memory recurring, repeating, not letting up. As the song continues the ascent to its apex, band and singer spin and splutter frantically with the art-rock urgency of Jonathan Richman doing Black Country, New Road or black midi. This precise and ambitious arrangement, coupled with an engaging self-awareness, gives the song an impressive degree of control which transcends the boundaries of charming pop to become something altogether more sophisticated. It’s a memorable display, and one which would enrapture a live audience. We can only hope that’s not too far away.