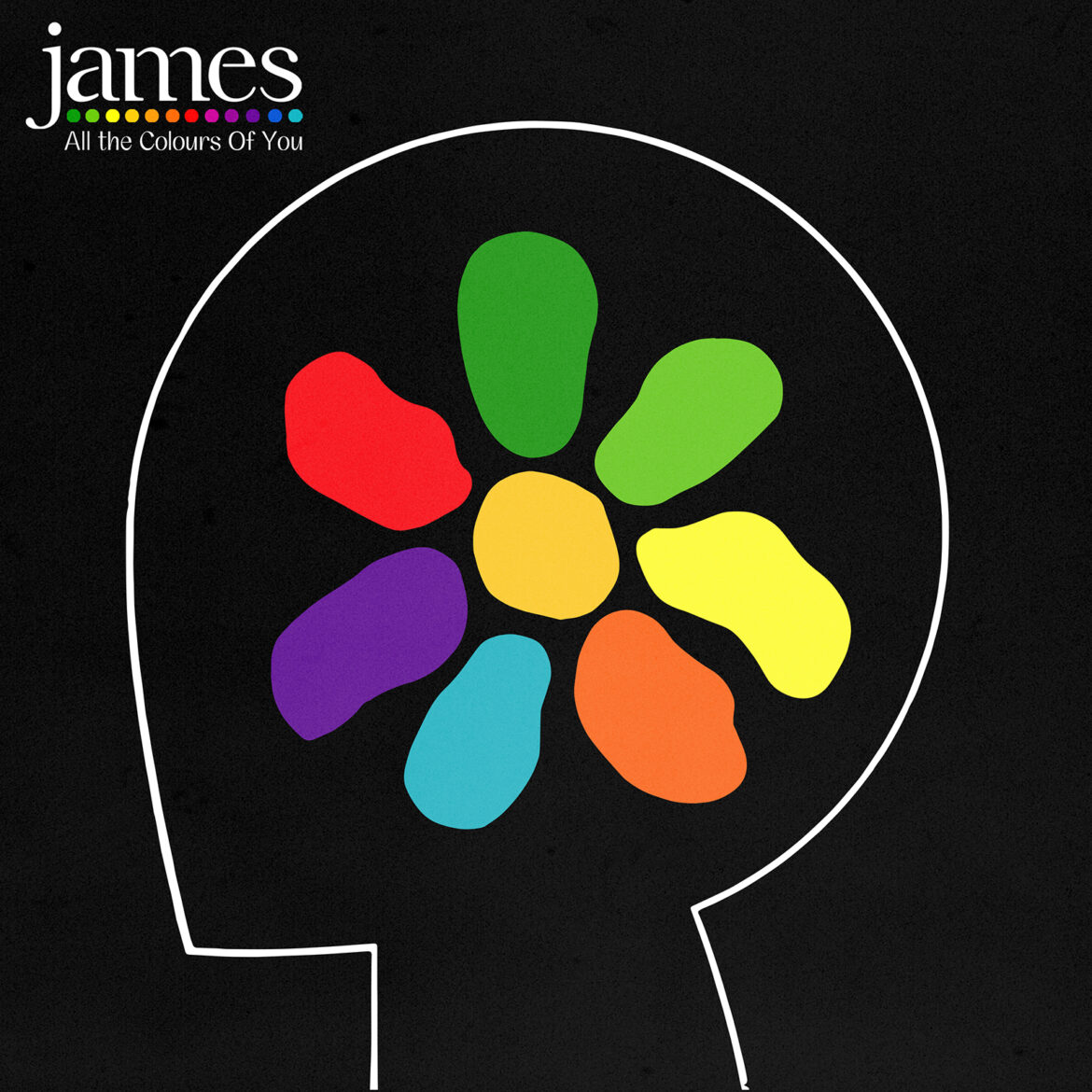 Following on from the release of Living in Extraordinary Times in 2018, indie legends, James have returned with their sixteenth studio album, All The Colours Of You – produced by Jacknife Lee, the eleven-track album is due for release on 4th June 2021 and boasts some of the freshest and most personal tracks of their almost four-decade-long career.

You never know what to expect with James, so it’s no surprise to be introduced to the album by frontman, Tim Booth’s somewhat sinister warning that “we’re all gonna die…” on ‘Zero’ – a total contrast to the album’s uplifting title track that follows. Though just because a track sounds uplifting, doesn’t necessarily mean it’s joyous and the lyrics that sit alongside the tracks cheerful melody and pummelling beats tell the tale of both the last year (“haven’t hugged a human since the end of May”) and Trump’s time in office. This is also apparent on the bass-driven ‘Beautiful Beaches’ – despite its catchy chorus, the lyrics are inspired by Booth’s friend tragically losing his home during the recent Californian fires.

James are consistently praised for their talent for tackling real-life issues with lyrics of both a sensitive and personal nature. Telling the heart-breaking tale of Booth’s father-in-law’s recent passing due to Covid, ‘Recover’ serves as the perfect example of this and is sure to be a tear-jerker live, particularly when the spotlight is placed on trumpet maestro, Andy Diagram and reluctant (yet highly skilled) violinist, Saul Davies. James tracks take a life of their own in a live setting and both ‘Getting Myself Into’ and ‘Isabella’ are others bound to soar, with the latter’s electrifying intro almost certain to send Booth dancing across the stage and an anthemic chorus that’s idyllic for a festival crowd.

James have been exploring more of an electric sound through keyboard extraordinaire, Mark Hunter over their last few albums – something that definitely worked in their favour when they were required to complete All The Colours Of You during the lockdown. From the jaunty ‘Magic Bus’ and almost discordant, ‘Wherever It Takes Us’ to tracks of a more delicate nature, such as ‘Miss America’ and ‘Hush’, both his influence and talent shine brightly throughout the entirety of the album.

Despite it being recorded, deconstructed and reassembled remotely, James have succeeded in delivering a solid album that reflects the talents of each member and it’s as astonishing as ever that a band with such longevity have been able to avoid nostalgia at all costs, continually experimenting with their sound and always challenging both themselves and their fans.