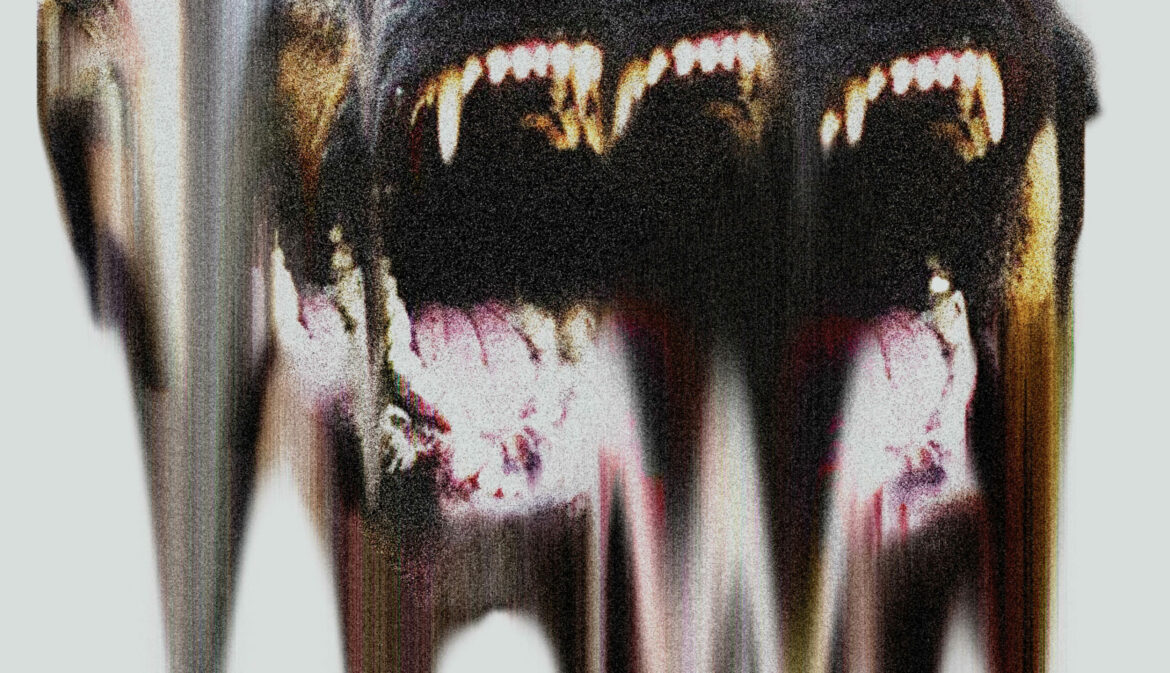 Today at God is in the TV we present for your listening enjoyment an exclusive live stream of the new split LP from New York’s Lip Critic and Stoke on Trent’s Omnibael. Worlds collide, and all for you.

Lip Critic are two drummers, two sequencers and lots of shouting. Not at first glance a subtle proposition, but their clear command of an unexpectedly diverse range of influences – electro-punk, hip hop, techno and psychedelic jazz – which they whip up into an unrelenting frenzy of digital hardcore fun, is both exhilarating and a bit scary.

The Alan Vega-ish protagonist of ‘Angel’ waits patiently at the drive-thru for a sick man to save. He might be supernatural, or just psychotic, it isn’t quite clear, but if he’s not what these people need, he wonders, then what’s the point? Elsewhere, ‘Bike’ poses one of the great rhetorical questions of modern pop: “Who could really care when my bike’s so nice / And I got it at such a / Such a great price?”. It poses this question repeatedly and with some considerable urgency. One senses Ron Mael himself nodding approvingly at the bonkers-level, epic intensity with Lip Critic wish to impress this arguably trivial point upon us.

To invoke both Suicide and Sparks in the same breath can only mean that Lip Critic are very much their own thing. The only potential quibble is that, like my beloved Atari Teenage Riot, with whom I suspect them to be similarly besotted, you can sometimes have too much of a good thing – it’s almost a relief when Omnibael arrive.

Almost a relief, anyway. Their contribution is darker and harder, harking back to Godflesh or even Throbbing Gristle, and after the eclectic rush of Lip Critic, a good solid slab of nihilistic industrial noise makes a crazy kind of sense. ‘Pleasure is Pretence’ comes out fighting, built around stabbing drum machines and shlonky, distorted guitar noise and they end with the stomping, hypnotic apocalypse of ‘Ash’. Omnibael make brilliant, unforgiving and palpably angry music. Drown in it.

Lip Critic / Omnibael is released on LP and cassette via Nim Brut and Cruel Nature on 30 July and is available to preorder from Friday from Bandcamp.