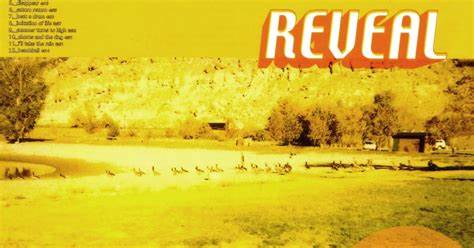 Twenty years on, Reveal is still as beautiful and sharp an album as it was back in 2001. Delightfully lush and stunningly sparse in equal measure, the record is a splitting point for even the most devoted fans. It is aggressively mid-tempo but lyrically golden, heart-breakingly beautiful and also a bit underwhelming. But in between the dream-like haze of luscious melodies and chilled out rhythm sections are moments of supreme unease. Reveal is a uniquely strange album from a uniquely strange band. It could not have been created at any other time in R.E.M.’s long history, for better or for worse. This is not a poolside album, nor, as Pitchfork claimed at the time, something to fall asleep to, but an odd object from a time that no longer feels like it happened at all.

By the year 2000, R.E.M. had undergone a musical life cycle that would’ve destroyed a lesser group. The band’s college radio days filled with relentless touring morphed into dealing with newfound worldwide fame and then transformed again into dealing with loss after loss and finally came crashing into Up and a new reality without one of their oldest friends onstage and in the recording booth.

No one would’ve blamed them had the band broken up then and there, cashing ‘Losing My Religion’ royalty checks until the end of time. Instead, we got Reveal, an album as essential to understanding R.E.M.’s appeal and legacy as anything that came before it. Reveal drifted along lazily in our minds for a brief moment in early 2001, acting as a mirror of both the hope and the underlying uncertainty of a world facing the new century. We know what happened later.

On the lyrical end, Michael Stipe creates characters and situations that his younger self had begun reaching toward on Green but only began to fully grasp later in the early 90s. These startlingly real people are attending self-help seminars hoping to feel that spirit everyone else seems to easily share (‘The Lifting’) or chasing delusions of grandeur (‘All the Way to Reno’). Pretender might’ve been an alternate title for Reveal, considering how much time is spent probing the thoughts and feelings of people who are either unsatisfied with life or in complete denial about their situations.

This is a neat lyrical trick that becomes devastating when Stipe inserts the realities of the situation into these character’s dreams. With a quick turn of phrase, we can see through the puffed-up performance of a hopeful entertainer (‘Imitation of Life’) and, in conjunction with Radiohead’s ‘How to Disappear Completely’, watch a character fall into disassociation as a poor coping mechanism (‘Disappear’.) The “knowing with a wink” (‘Chorus and Ring’) doesn’t just apply to Southern women but to Southern songwriters as well, apparently. Stipe’s lyrics can often be interpreted fairly broadly by design but he rarely misses an opportunity to make you want to dig in deeper to find what he’s going on about. Sometimes a ladder is simply a ladder. Sometimes a ladder is an abstract representation of self-determination despite your own DNA as seen through the lens of a low-wage worker noticing how similar the patterns on her wrist are to the patterns of the cosmos above her store (‘Saturn Return’). Your milage may vary, of course.

Reveal’s instrumentation and melodies often get likened to The Beach Boys and, while that is an understandable and not inaccurate comparison, it does sell Mike Mills and Peter Buck’s work on the album a bit short. Pop music is far from effortless to make and creating the perfect summery waves of sound you hear on Reveal without letting everything get too muddled or saccharine must’ve been difficult, even with experienced sidemen like Ken Stringfellow and Scott McCaughey on hand. The little touches here stand out: Buck’s outro solos on ‘She Just Wants to Be’ would fit easily on Monster, Mills’s bass work on ‘The Lifting’ is steady and interesting, if a bit buried in the original mixes, Joey Waronker does an admirable job warming up drum tones that sounded too mechanical and cold on Up. Pop is a function of perfection and polish, and Reveal is polished to a shine like the slightly cracked mirror that it is.