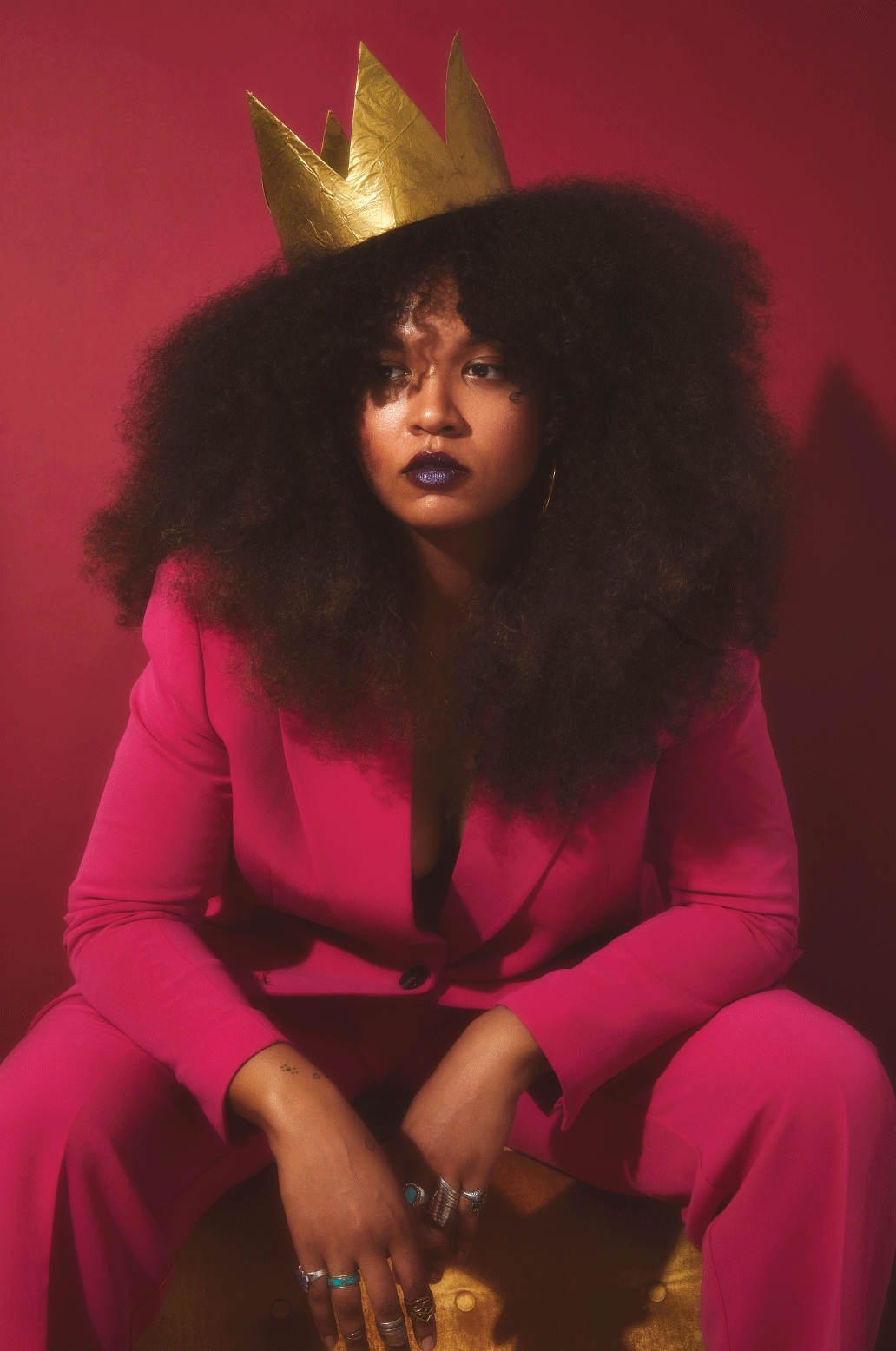 Welcome to the first Tracks of the Week of August 2021. Following the success of our R.E.M. week – keep an eye out for the upcoming compilation album of R.E.M. covers in support of Help Musicians – we’re back with our regular offering of some of the most exciting new music released in recent weeks. This time, Julia Mason and GIITV editor Bill Cummings take us through their picks, including Hamish Hawk, Dakota Jones, FLOSSING, Gustaf and Obongjayar x Sarz.

Why we love it: With the Olympics in full flow, Hamish Hawk is topical with his new single. ‘The Mauritian Badminton Doubles Champion, 1973’ was premiered on Steve Lamacq’s BBC 6Music show and is the fourth single to be lifted from his album Heavy Elevator, which is due out on the 17th of September. Hawk continues to demonstrate imagination, humour and an ability to capture a thought and expand it into a song.    “‘The Mauritian Badminton Doubles Champion, 1973′ is a pop song, and as such it covers all the classic pop bases: death, badminton, and cathedrals,” comments Hawk. “The initial idea for the song came to me when I was standing on the steps of St Paul’s Cathedral in London. I’d previously failed to notice just how colossal a structure it really is. For Christopher Wren to have designed it, and for him to have seen its construction finished in his lifetime, the thought just staggered me. Not only had he fashioned a legacy for himself, unlike no other, he was able to pay witness to his own legacy whilst he was still alive.To be honest, I’m still not sure what the Mauritian badminton doubles champion of 1973 has to do with St. Pauls Cathedral, but that’s the joy of it. The quirky title isn’t as important as the lyrics, which are full of wit. However, lyrics like “To write a cathedral I need a ballpoint pen” make perfect sense once you understand Hawks inspiration for this track. His ability to write such thought-provoking lyrics and wrap them in a soaring soundscape full of emotion creates a unique sound. (Julia Mason)

Why we love it: New York City quartet Dakota Jones have released their latest single ‘Lord Please’. In it, vocalist Tristan Carter-Jones recites, “Help me help myself, please someone help me help myself,”  over the beat of a single drum. It has a haunting hymn-like quality to it and gradually builds into a display of united chants that expose the band in a gleaming light.

The ridiculously talented Carter-Jones leads Dakota Jones and her fierce, uncensored song-writing is challenges the norms of adulthood and feminity with a voice full of soul and passion.

“Lord Please is a real prayer that I say to myself more than I’d care to admit,” explains Carter-Jones, “a prayer for the feeling of anxiety, for being overwhelmed, for not knowing whether to go left or right.” She dissects the track further, outlining how ’Lord Please’ is “a prayer for the guidance to do what you need to do: Lord please help me keep my head on straight.”

In a music scene currently packed with post-punk, it is a breath of fresh air to hear this sound. It could be lifted from a gospel prayer, Carter-Jones’ passionate vocal dominating the track with a consistent drumbeat throughout. There is simply nowhere to hide with this track.  Honest, emotional and true, ‘Lord Please’ sits with you long after the track has finished. (Julia Mason)

Dakota Jones’ new album Black Light is out on the 27th of August 2021.

Why we love it: Heather Elle is the former bassist of BODEGA and The Wants. Six years ago, she was taking a break from music in and overheard a stranger on the street say, “…and everyone gasped as the clothes fell onto the tarmac.” Intrigued, she couldn’t help but wonder what the full story was!  Around the same time, Elle kept hearing Fetty Wap’s single ‘Trap Queen’ everywhere she went and found it a strange coincidence that T.R.A.P. laws (Targeted Restrictions on Abortion Providers) were also in the news for using insidious non-medical reasons to shut down abortion clinics. She was drawn to consider the double binds of both technology and gender, and wrote the outline of a song.

Now Heather Elle has launched her new project Flossing and released this as the single, ‘TRAP’.  There is also a remix of the single from fellow New Yorker Sam Fogarino of Interpol who uses the Isla Instruments S2400 drum sampler to add another dimension to the original.

‘TRAP’ is a synth heavy track made for the dance floor but with constant white scuzzy noise in the background. It is dominated by an electronic sound with Elle’s vocals gliding over the top of this urban soundscape, full of buzzing technology. And of course the lyrics which originally inspired the track remain within the song “…and everyone gasped as the clothes fell onto the tarmac“.  The fade out at the end sound like perhaps a surveillance camera moving around so that the Flossing is no longer in view.

“Humanity’s fear of anti-mattering mixed with surveillance capitalism’s psychological warfare is quite the dirty martini to sip on every day.” – Flossing

Flossing’s self-produced debut five-track EP Queen of the Mall will be released 10 September 2021 on Brace Yourself Records. (Julia Mason)

Why we love it: Brooklyn’s Gustaf obviously don’t believe in long song titles. After ‘Mine’ and ‘Design’, we now have the new single ‘Book’. Closing in at exactly two minutes, there is no padding on this track. Lean, punchy and to the point, ‘Book’ is tight, quirky and fun-filled. However, there is an important underlying message here. As Lydia Gammill of Gustaf explains:

“‘Book’ is a song about the fallacy and fight of getting ahead vs being ahead. It is seeking validation in the wrong places and from the wrong people. The hook “I got ahead, I got ahead” is a fun little taunt that we find either being thrown in our face or coming out our mouth. Everyone gets their moment up on the pedestal and everyone gets their turn falling off of it. Whether it’s up or down, ‘Book’ is about accepting whatever level you’re on.”

The message of self-acceptance is one that prevails at the moment. The importance of not chasing societies validation, but rather live your own life seems to be a message that is resonating in these challenging times. ‘Book’ opens with a thundering drum roll and, with a ‘Ha’, Gustaf launch into this spikey track full of energy.

Gustaf must be buzzing for the return of gigs. The art-punk five-piece rapidly established a reputation as one of New York’s “hardest working…and most reliably fun bands” (BrooklynVegan). With support slots secured with Idles and Pillow Queens, they have now announced more US, UK and EU headlining dates in the autumn. They now also have an album to tour with the release of the superbly titled Audio Drag for Ego Slobs – scheduled for release on the 1st of October on Royal Mountain Records. (Julia Mason)

Why we love it: The Sweetness EP is the result of maverick artist Obongjayar joining forces with prolific producer SARZ for the first time to create a truly unique body of work that side-steps the many labels that have been used to describe the music the pair have previously made. The lead track ‘Sweetness‘ is dappled with Obongjayar’s sultry sweat dripping vocals and framed in SARZ’s breezy, funky and groovy production. Obongjayar’s sultry vocals drip with anticipation and anxiety. It’s a magnetic track that skirts the lines between African rhythms, slinky RnB and pop.

Speaking about the EP Obongjayar and SARZ write:

“The EP looks at the early stages of a relationship, with the ego stripped away – the vulnerability, doubt and anxiety of trying to figure out where you stand, as well as the sweetness and excitement. Those emotions normally feel like such a grey area it was exciting to explore them so directly and write like it was a film – with a clear beginning, middle and end. Sarz’ production sets the perfect mood and puts you in that zone of early expressive love and i think our two worlds merged together wonderfully.”

“I have never created a project like this before. I would describe the EP as genre-bending – it fuses synthwave, 80’s music, afrobeat and pop. Different elements were blended together to create Sweetness” ~ SARZ (Bill Cummings)