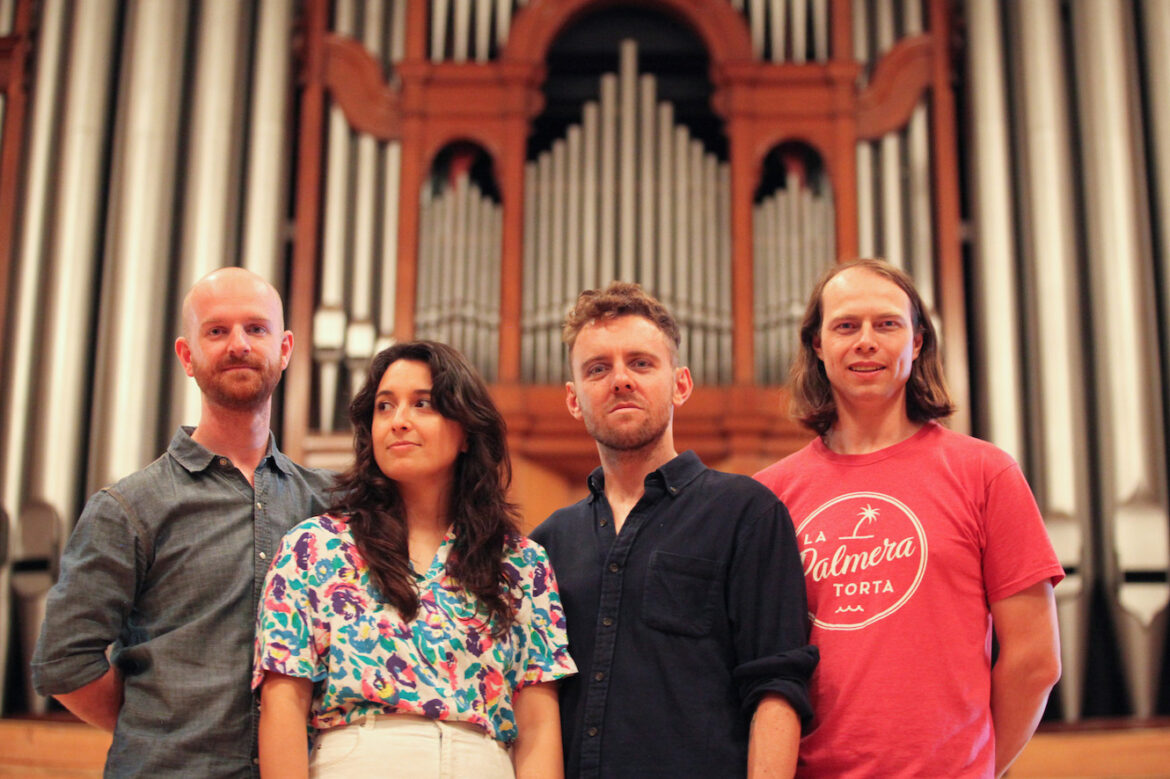 The Beths have announced their first live recording and film, Auckland, New Zealand, 2020, out September 17th on Carpark Records.

In November of 2020, The Beths played at Auckland Town Hall — in one of the few countries where live music was still possible. In a mid-pandemic world, playing to a heaving, enraptured home crowd felt miraculous. To let us all into that little slice of magic they’re releasing the gig as a live album as well as a full length film. If it leaves you with FOMO then fear not because they’ll be hitting these shores in March next year. We cannot wait. See you there?

The announcement also comes on the three-year anniversary of the release of the New Zealanders debut album, Future Me Hates Me.  Auckland, New Zealand, 2020 showcases the infectious energy The Beths bring to every performance. The presence of the film crew isn’t disguised: much of the camerawork is handheld; full of fast zooms and pans. “Watching the film for the first time brought back all the emotions of 2020 for us. Sports Team have done such an amazing job of capturing the mix of anxiety and simple joy that was touring music in NZ at the time. We are so grateful that it happened and grateful to have it documented with so much love and care,” says lead vocalist/guitarist Elizabeth Stokes.

“After building a loyal following through live performances and their 2016 EP Warm Blood, The Beths signed to Carpark Records and released the debut album, Future Me Hates Me, in 2018. Jump Rope Gazers, released in July 2020, was a slower, yearning follow-up that still fizzes and sparks with pop-punk sensibilities. Immediately seized on by both fans and music critics as a bright spot during an otherwise dark year, Jump Rope Gazers was named Album of the Year at New Zealand’s national Aotearoa Music Awards in 2020, and secured the band awards for Best Group and Best Alternative Artist for the second year running. The releases catapulted the band straight into lengthy international tours that saw them support legends like The Pixies and Death Cab For Cutie as well as headlining increasingly large shows of their own.

Auckland, New Zealand, 2020 has its genesis in an urge to share the now-rare experience of a live show as widely as possible. The accompanying film makes the deep bond Stokes, lead guitarist Jonathan Pearce, bassist Benjamin Sinclair, and drummer Tristan Deck clearer than ever: capturing the in-jokes they share with audiences during on-stage banter, and foregrounding their mutual preoccupations with the game of cricket and New Zealand’s native birds. It’s a collective exhalation, in one of the few countries where live music is still possible. They deliberately include the date and location, because “That’s the sensational part of what we actually did,” says Pearce. In a mid-pandemic world, playing to a heaving, enraptured home crowd feels miraculous.”