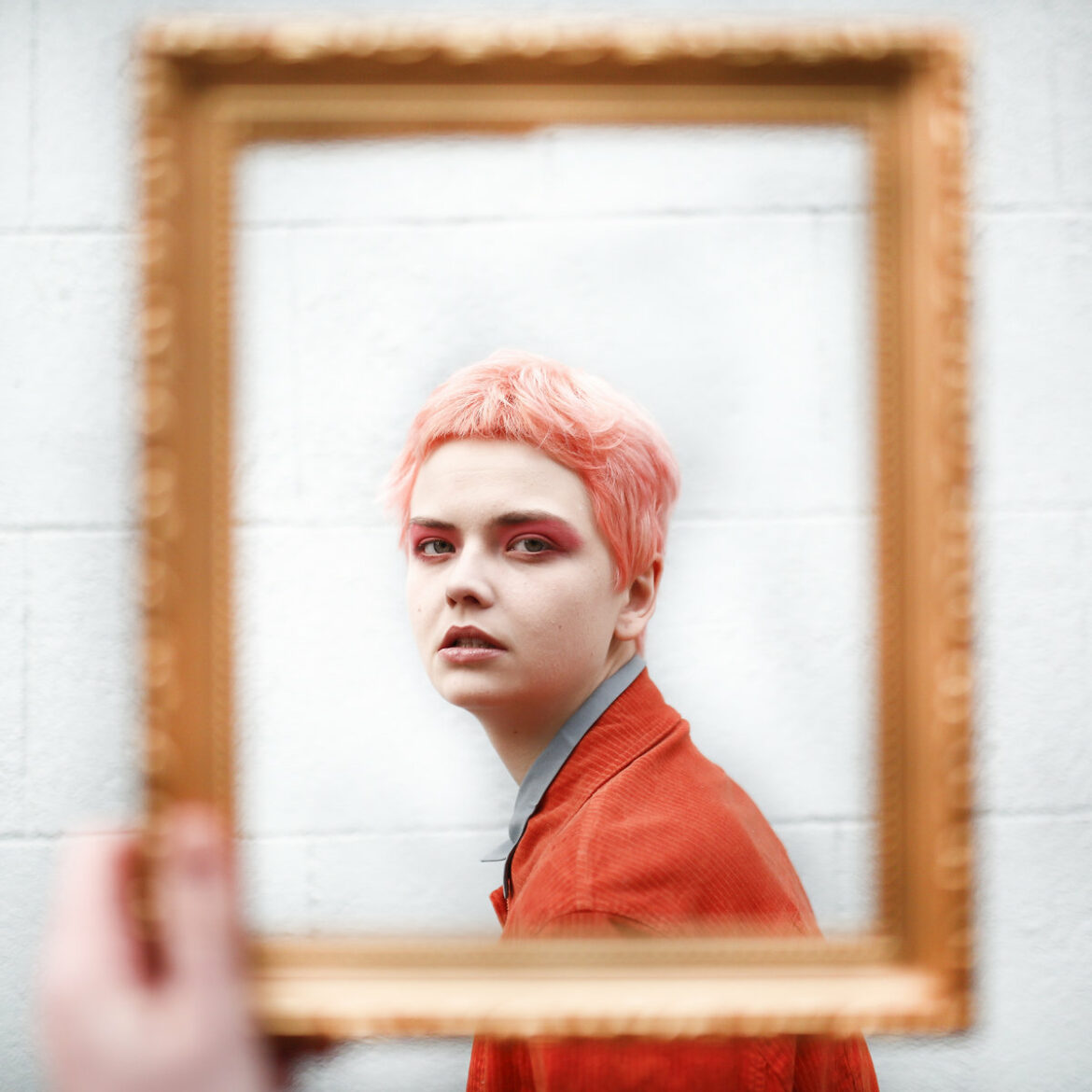 After a brief hiatus, and following the success of our R.E.M. tribute album A Carnival of Sorts, we’re happy to be back with the latest edition of Tracks of the Week. Regular contributor Julia Mason, deputy editor Simon Godley and editor in chief Bill Cummings take us through the best new music they’ve been enjoying over the past few weeks. Keep up with our Tracks of the Week 2021 playlist below and read on to enjoy this week’s round-up.

The Clockworks – Throw It All Away

Why we love it: I don’t know how The Clockworks do it, but every track grabs me from the very start.New single ‘Throw It All Away’ is arguably their best yet. The Irish band, signed to Alan McGee’s Its Creation Baby label, have upped their game. James McGregors lyrics are full of smart observational double meanings and ‘Throw It All Away’ looks at modern working life and its drudgery. Office work, in particular, its culture including Friday night drinking, is the framework for this song. There are so many standout lyrics I could literally reproduce most of the song:    “Blood spills as they swill their acid wine, A landfill of deep truths turned asinine My free will took a sleeping pill around half past nine Was that choice mine to make? Yeah“  We have all been there, drawn in by alcohol and peer pressure to behave a certain way. This track perfectly encapsulates those feelings of regret embedded in the hangover.Musically, ‘Throw It All Away’ appears to begin fully formed. How The Clockworks will play this live I cannot wait to see. Sean Connelly (guitar), Tom Freeman (bass) and Damian Greaney (drums) are in perfect sync as they dive straight into the song, full of gusto and passion. There is a real power and emotion to ‘Throw It All Away’. It hits the spots in terms of shaking up conventional behaviour. The thought-provoking lyrics delivered with those guitars and drums had this reviewer listening on repeat.   And do watch the lyric video – it is a thing of beauty.  With their first headline gig in London under their belt, it is now festival season for The Clockworks, as well as the small matter of a support slot for Pixies in the States in September.  I am so pleased The Clockworks did not ‘sign on the line’. (Julia Mason)

Why we love it: Dublin-based Pixie Cut Rhythm Orchestra have released a video for their current single ‘I Didn’t Love You When I Said I Did and I Don’t Now’. Filmed and edited by artist Hollie Gilson, it depicts the universal experience of the moment you realise a relationship is past the point of no return.

The immediate thing that strikes you about this track is Sarah Deegan’s vocal. Comparisons with the likes of Liz Fraser and Dolores O’Riordan are completely justified. Also, songwriter and guitarist Sarah Deegan plays the central role in the video. The song begins as a ballad but builds into something more powerful, more emotional and this is mirrored in the video. The packing of the picnic basket with its varied contents made me laugh, especially with the ditching of the knitting.

Sarah cycles past Anon Records, a co-operative record label in Dublin run by a collective of artists which Pixie Cut Rhythm Orchestra are involved in, before heading for the countryside.  Consuming the contents of the picnic basket have inevitable dramatic consequences and perfectly complements the growing power in the track. However, is everything as it seems in this video? You must watch to the very end and decide for yourself…

Why we love it: Nina Ljeti is a creative whirlwind. A Bosnia-Canadian singer with Kills Birds, she also designs all their artwork and works as a visual artist and director – she directed Phoebe Bridgers recent video for ‘Kyoto’.

Kills Birds are a Los Angeles based rock band and have released the first single ‘Rabbit’ from their upcoming album Married, which will be released on November 12th via Royal Mountain and RKO Records. The album was recorded at Dave Grohl’s Studio 606 by invitation of the great man himself.

‘Rabbit’ is a ferocious track and it is perhaps no surprise that Kills Birds have already gathered fans including Kim Gordon from Sonic Youth, as well as the aforementioned Mr Grohl. In under 2 minutes you want to listen to more of this band. This is rock but the singing is melodic rather than simply screeching.  The soundscape varies during the track, and it’s a bit of shock to discover Kills Birds are a trio. Nina is joined by guitarist Jacob Loeb and bassist Fielder Thomas and together they create a sound which must be incendiary live. Nina’s voice is at the forefront, full of power and control but she is accompanied by wicked guitar riffs, and thundering drums.

Of the track, vocalist Nina explains, “Lyrically, ‘Rabbit’ is about the experience of being in an abusive relationship with a powerful person. To be with someone who was praised by the public, but hurt you (and others) in private really eviscerates your self-worth. There’s nowhere to turn for help. Like many people who share this experience, this particular relationship defined the majority of my young adulthood, and I’m still dealing with the emotional consequences of it.“

Guitarist Jacob Loeb continues, “‘Rabbit’ was the first song written for the new album. Despite being one of the harder-hitting songs on the record, it was originally written on an acoustic guitar at Nina’s house. The goal was for the chorus to have an almost disorienting quiet/loud dynamic which really came to life when we plugged in and all practised it for the first time. We tried to make the chorus start so quietly that the listener feels like something went wrong with their speaker and has to kind of lean in to hear Nina singing before the repetition of “how could I?” abruptly and violently re-enters, startling them and making the emotion visceral.” (Julia Mason)

Children Collide – Man of the People

Why we love it: It has been a while. The last album from Children Collide was released in 2012. But more than nine years after Monument comes Time Itself, out on the 27th of August on Spinning Top Records. And to further celebrate this great news, the three-piece of Johnny Mackay (vocals and guitar), Ryan Caesar (drums) and Chelsea Wheatley (bass guitar) from Melbourne in Australia have just unveiled another single, ‘Man of the People’, from the forthcoming record.

Speaking about ‘Man of the People’, Johnny Mackay says “Originally titled ‘Dark Bird’ this was an instrumental I’d written just after Monument. I pulled it out, dusted it off and wrote lyrics in New York at the height of the Trump presidency. I was having a bit of a rock bottom moment personally and my whole world felt like cocaine, mezcal and pathetic desperation against the backdrop of a Murdochian dystopia where the bastards had won. My reaction is always to stuff my hopelessness into an aural time capsule.”

The long lay-off has clearly done Children Collide a lot of good as they return here with a fresh charge and enthusiasm. ‘Man of the People’ rushes headlong towards us, a powerful fuzzed-out riff propelled on its way by a relentless draining rhythm affirming that Children Collide are well and truly back. (Simon Godley)

Why we love it: Annie Hamilton emerges with the epic ‘Exist‘, bubbling and shimmering somewhere between early Arcade Fire and Eurythmics. The violins, swelling percussion and Hamilton’s wistful vocal encapsulate the joy, pain and fragility of living. Life-affirming.

A song about making space in your mind for the small, beautiful things when the big things fall out of your control, ‘Exist’ was initially written and recorded in the midst of the city’s first lockdown. Co-produced by Annie Hamilton and Pete Covington (Thelma Plum, Middle Kids), the track lands alongside a heady fever-dream of a video directed by Jordan Watton that features costumes by Hamilton and a cameo from her TikTok-famous chicken, Grimes. (Bill Cummings)

Why we love it: tendai’s new single ‘Not Around‘ throbs with a fever dream of heartbreak and isolation. Late-night pulses and sparse keyboards are riven with his exquisite tumbling vocal that skirts the lines of R&B and soul, redolent of early Weeknd in one sense but in another totally unique and enthralling. Haunting.

tendai’s formative musical journey started at the age of seven when he wrote his first song at the request of his mother. His music holds the blistering honesty of late-night laments, throbbing and pulsing with the energy of a London evening. It’s at once both cinematic (when pushed tendai speaks of his love of the art of filmmaking) and disarmingly intimate. In tendai’s own words, “This is music to feel in your bones.” Unbounded by genre and at once both nostalgic and totally contemporary, tendai’s stories of being young and falling in and out of love in London have a universality that will resonate in cities around the world. (Bill Cummings)

Why we love it: Charlotte Cornfield is signed to Polyvinyl (Squirrel Flower, Oceanator, Xiu Xiu) and Double Double Whammy (Hovvdy, Great Grandpa, Lomelda) and is announcing her new album Highs in the Minuses alongside first single ‘Headlines’.

‘Headlines‘ finds Cornfield doom-scrolling in a small room, spinning her wheels in a state of helplessness. “Skimming headlines/Walking slowly/Circling around,” she repeats four times in the song’s chorus, a device that hooks the listener while emphasising the cyclical, maddening nature of anxiety.

Talking about the video, she says: “In the video for ‘Headlines’, I wanted to express the joy of seeing people, of those little interactions that happen throughout the day that I missed so much in the last year and a half. When I wrote this song I was spending so much time walking alone through my neighbourhood, and I wanted the video to take place on the same streetscape but be the antidote to that solitude. To me, the city is so much about the people in it. Adrienne McLaren Devenyi, the director, came up with this arc of me exchanging objects with people as I move through the neighbourhood and that just created a beautiful jumping-off point for these interactions. We had so much fun making this video, and it was such a gift to see everybody.” (Bill Cummings)