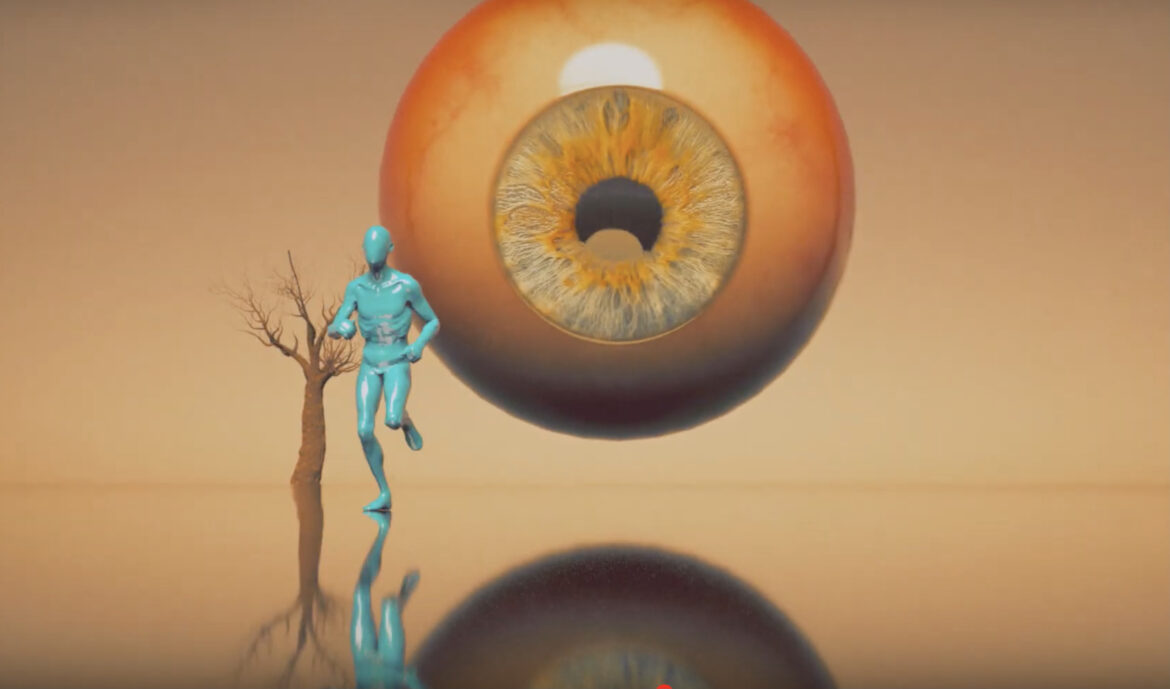 New York’s Cronies consist of brothers Jack and Sam Carillo and their pals Shea and Brad, (the four are veterans of the NYC punk bands Stugots, Drink Brothers and Filthy Gorgeous) and their eponymous debut album is out this Friday. In advance, we’re proud to be streaming the darkly surreal animated video for the track ‘Neanderthal Sweep’. Created by their friend Tom Nelsen, the film features a blue naked guy, a ruined wasteland and a shed-load of freaky eyeballs. And why not?

When the lockdowns hit last year the pair hid out in their home studio with apparently little else in mind other than to make something utterly rad. And so it has come pass – their new album is a rambunctious thirty minutes of raw power. God is in the TV sent some questions over to Jack to see what the score is.

Where are you and what’s occurring?

JC: Currently heating up leftover Indian food in my house. Just got finished jamming on some new songs for the next cronies release. The record hasn’t even come out and we are already on to the next.

You formed Cronies last summer. How would you describe the atmosphere at the time?

Pretty hectic, No one really knew what to make of the world at the time. We still don’t. This shit is fucked!

Are the four of you indeed cronies?

Indeed we are. It started off as just my brother and I writing and recording everything and then having homies come and play on it. We didn’t know what we wanted to do. It was pretty communal at first. There’s even some of that on the latest record.

You and Sam are brothers. Apart from yourselves, who would you say were your favourite brothers (or sisters) in music? And are you in any way like them?

I think it’s awesome when siblings are in bands together. We love bands like the Meat Puppets, Jesus and Mary Chain, Sparks, Creedence – those are just some to name off the top of my head and all amazing bands. There’s a special chemistry that I think only siblings have and that can translate really well in music. We hope to never be like the Oasis bros though.

What was it like when you started working together in the home studio?

It’s always a good time! Learning the ropes of recording is always fun and practising patience is important. I don’t think we would be releasing as much as we have in such a short time if it wasn’t for the studio at home. We’re grateful.

What were lockdowns like in New York at the time, and how did that affect the songs?

New York was empty. It was pretty apocalyptic for a while

What is a ‘Neanderthal Sweep’? It sounds like a haircut…

I don’t think there is any true meaning behind it. Some people say it sounds like a dance. When we play it there is some sort of movement to it, slow and steady, that is the ‘Neanderthal Sweep‘. A haircut works too.

What’s with the blue guy in the film?

We told Tom Nelsen, the creator of the video to kind of just do whatever he wanted after listening to the track and that’s what he came up with. That storyline can be interpreted any way you want. We all just think it looks sick (laughs). I don’t think any of the videos for our songs will ever have anything to do with the song. We don’t even know what the songs are about. I would say, if anything, root for the blue man. The eyes are sketchy.

The video is quite… striking. Are you guys into art? If so, what do you like?

Art and music go hand in hand. Music is art, so we definitely appreciate all forms of it. My brother is one of the raddest artists I’ve ever seen. A lot of skateboard graphics and horror stuff. Oh, and Raymond Pettibon.

Have Cronies had the chance to play any gigs yet? If so how was it? If not how and when will it be?

We’ve played two shows since forming which were both awesome. We played with our friends in On Pink, Joudy, Nazca Plate who are all must-listen bands. We hope to continue playing throughout the fall/winter. We have some stuff lined up for the fall we’re looking forward to. 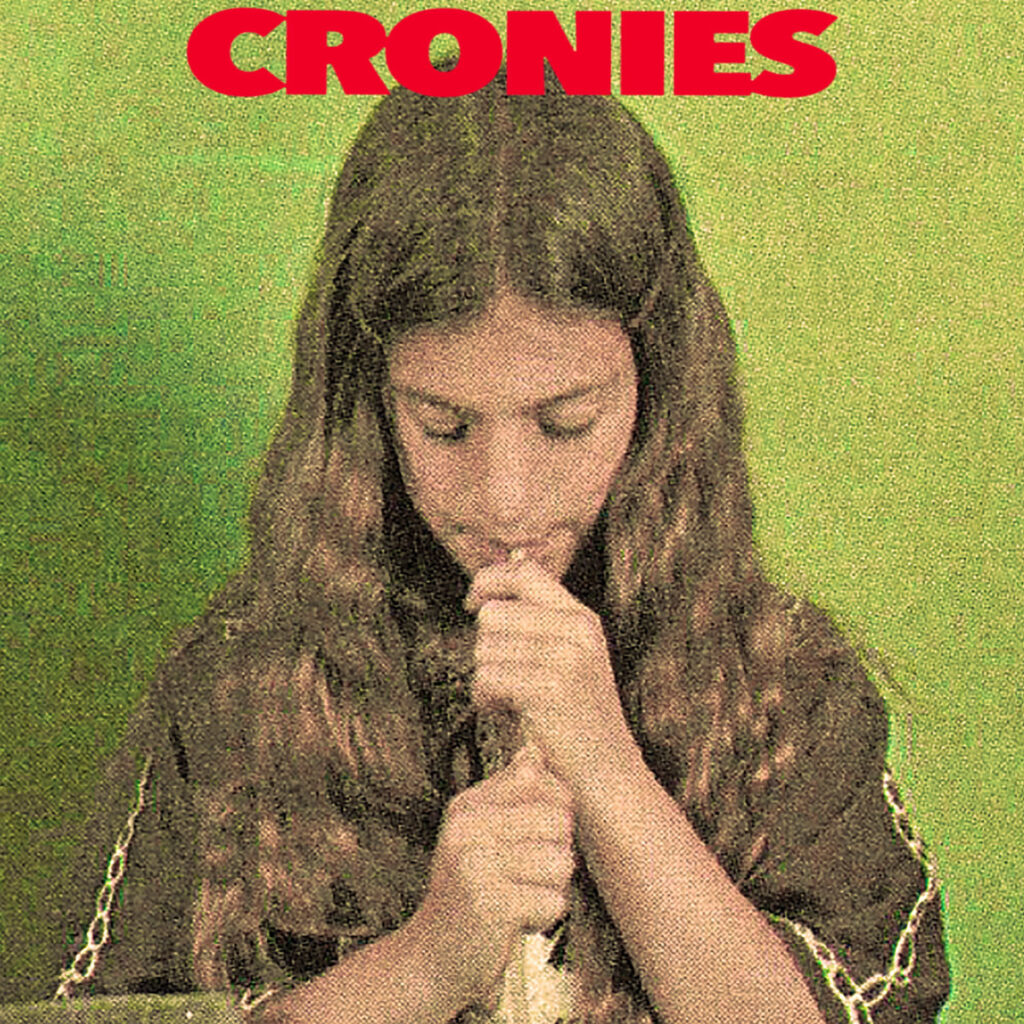