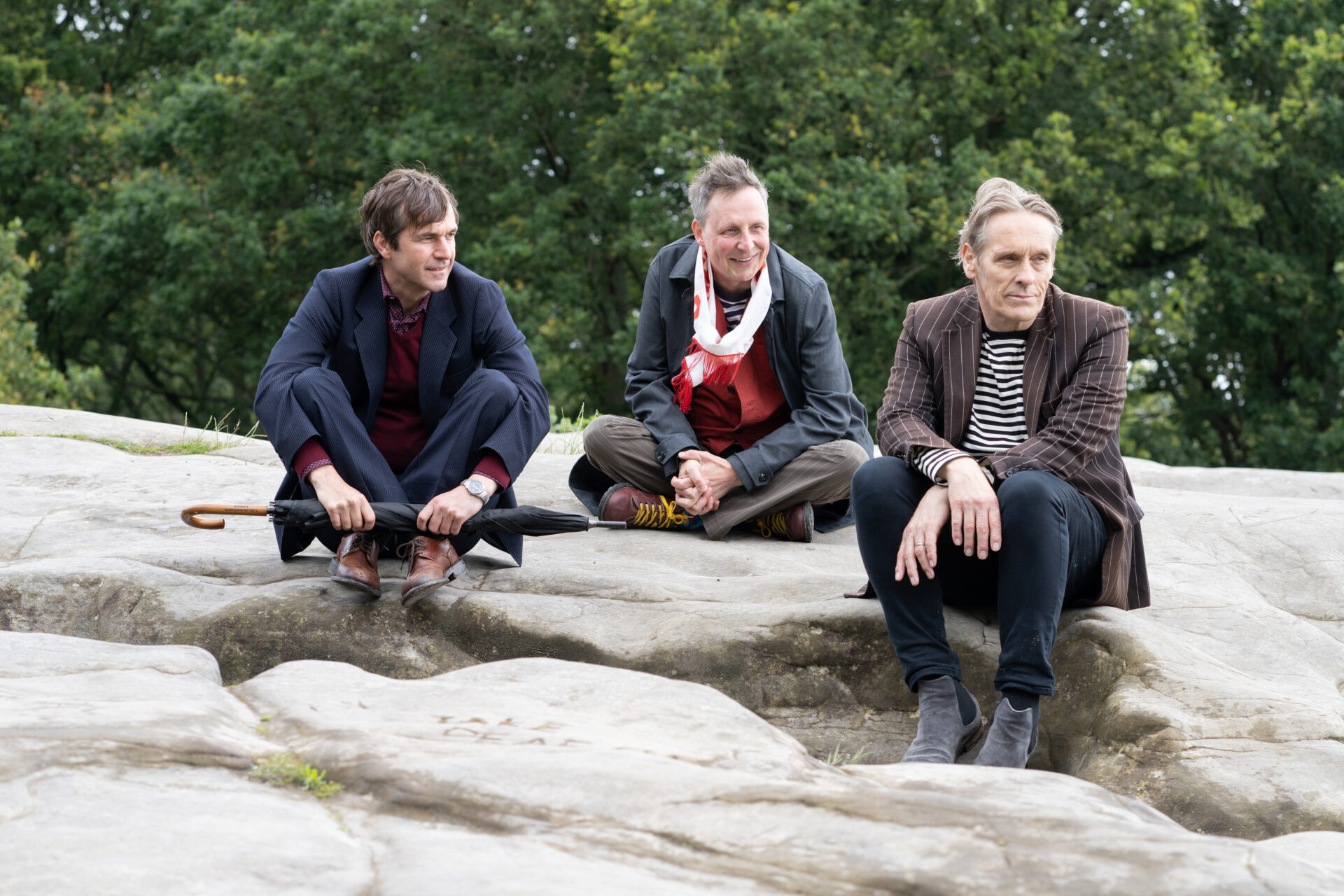 And yet, here they are.

Billy Reeves: “I got the mini-discs off my brother in 2017. He was removing boxes from his loft for the builders. The Morris Minor had, apparently, a mini-disc player and two wee speakers as it’s hi-fi. The box had all the police details, photos etc. One Mini Disc had ‘Can you handle 74 mins of the Shads’ on it, I listened to that first, it’s great. Some of it is the John Barry 7 though”.

The crash and subsequent coma gave Billy complete amnesia. When he woke up he could no longer play an instrument or write songs. Everything on the album is either pre crash or written and arranged by Crayola Lectern, the multi instrumentalist whose piano underpins most of the record.

“I didn’t make any music, I’m not a musician. I’ve done some stuff to amuse myself and my friends at parties and events but this is the first actual music. Crayola saved it and added songs of his own. He is a genius and the greatest songwriter, musician and teacher working in Britain today”.

For the uninitiated, Billy Reeves was the brains behind Theaudience, formed for a bet but saved by Billy meeting Sophie Ellis Bextor at Highbury Garage. He wasn’t tempted to call her up this time though and Mark Morriss, the unmistakable voice behind The Bluetones took up duties.

“Sophie has her own thing going on, she is very famous, and remixing Theaudience album from my demos after the “Producers” disappointed the record company was so traumatising I can’t be editing Sophie’s vocals again. Mark Morriss was the obvious choice, he’s a very good singer and, after Sophie and the Aston Villa manager Dean Smith, he’s the most famous person in my phone. (Dean would’ve done it, massive Britpop fan, he was at Spike Island)”

Billy had to start from scratch with the demos as if they were written by another person.

“I have no memory of (making) it which means that the artist and the art is genuinely separated. It was written by someone who died and haunts me.

I reckon these songs were written for the act (Yours) that I was in that had a big deal with Sony, so probably (they’re) supposed to be pop songs.” 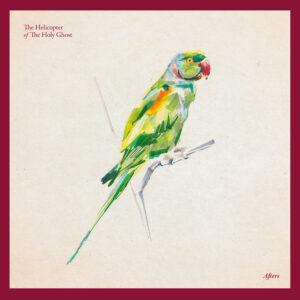 The resulting L.P, Afters, is a huge, cinematic, wide-screen, Dolby surround sound movie soundtrack of a record. Opening track ‘Slow Down’ is, as Billy suggests above, a John Barry homage to James Bond themes, all sombre piano, cathedral organ, and subtle strings.

There is a moment about three minutes into ‘Tony Got A Car’ where everything descends into chaos. The cacophony of noise, squealing guitars and tumbling bass and drums, behind Mark Morriss’ vocals that are of a man pretending everything is OK as their world flips and spins about; and then suddenly there is calm, the dust is settling, and the music drifts into nothing. Almost a deliberate reconstruction of a car crash.

“That is an amazing interpretation of ‘Tony’! I don’t know what being in a car accident is like as I’ve no memory of it, the brain protecting me, but I wish I had thought of that as an interpretation!”

Mark Morriss was enjoying a sedate English summers afternoon when Billy contacted him.

“I was sitting in my garden sipping a Pimm’s and lemonade, listening to Julian Cope and watching some cricket when I received a DM on Twitter from Billy, gently sounding me out. Testing the water, as it were. Seeing if I might be ‘available’. As soon as I got to track 3 of the songs he’d sent I knew I was in. It all sounded so beautifully fully formed, familiar and strange at once.”

Having known Billy since the late 80’s this was an easy sell and a change of process for Mark as solo conductor of his own destiny.

“I’ve known Billy since his involvement with the band The Grooveyard, whom myself, Adam and Scott (fellow Bluetones) used to follow to all their gigs religiously. Billy was the hottest drummer around in those days.

Seeing as I make music all the time where I’m in the driving seat, as it were, it was nice to have a bit of direction from somebody else. I had an idea already about how I’d like to deliver these songs that Billy had already sang, but I suppose it’s like an actor working with a director. The original feel and meaning of the songs was paramount.”

Everything was already in place musically before Mark got involved but there was a small matter of the end of the album.

“I added my vocals some time after the majority of the recording had been done. It was all undertaken at Richard Archer from Hard-Fi’s studio in Staines. Which let me tell you, is a lovely space. The studio I mean. But Staines is alright too.”

“I’m proud to have had a big hand in the recording of the coda to ‘I Didn’t’. Basically all the guitars and a nice big chunk of the backing vocals. Simon Raymonde flew in to sprinkle his magic dust on it and BOOM the album had an ending”. 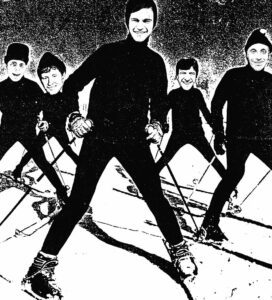 As with all bands and artists over the past 18 months there has been scant chances of playing any of the record live and it being such an ensemble cast of musicians a tour would be tricky.

“I would absolutely love the opportunity to perform these songs live. I realise with everybody being involved with so many other projects it’s difficult to coordinate, but I’m hopeful some one-off specials can be arranged. It would make me very happy indeed”

As the spark for the whole project came over two decades ago, a time before the crash, the way another Helicopter of the Holy Ghost record could be made would be completely different, Billy has a plan though.

“In the future, if someone gives me £10K for recording costs we’ll do another record. Fannies-style, with us all writing equally. I’m not a big fan of the admin that you have to do these days”

There is another song on the LP, ‘Hangar Lane Gyratory System 4.44am’ that uses the road and motor vehicles as if this is a document about Billy’s past that he doesn’t remember that perhaps subconsciously he has poured into this record, a constant reminder that he is lucky to be alive.

It is a startlingly beautiful record. One that uncovers different elements and depths every time you listen. When you add together musical talents such as Crayola Lectern, Mark Morriss and Simon Raymonde and fold that into the melodies from over twenty years ago, you’re striking gold.