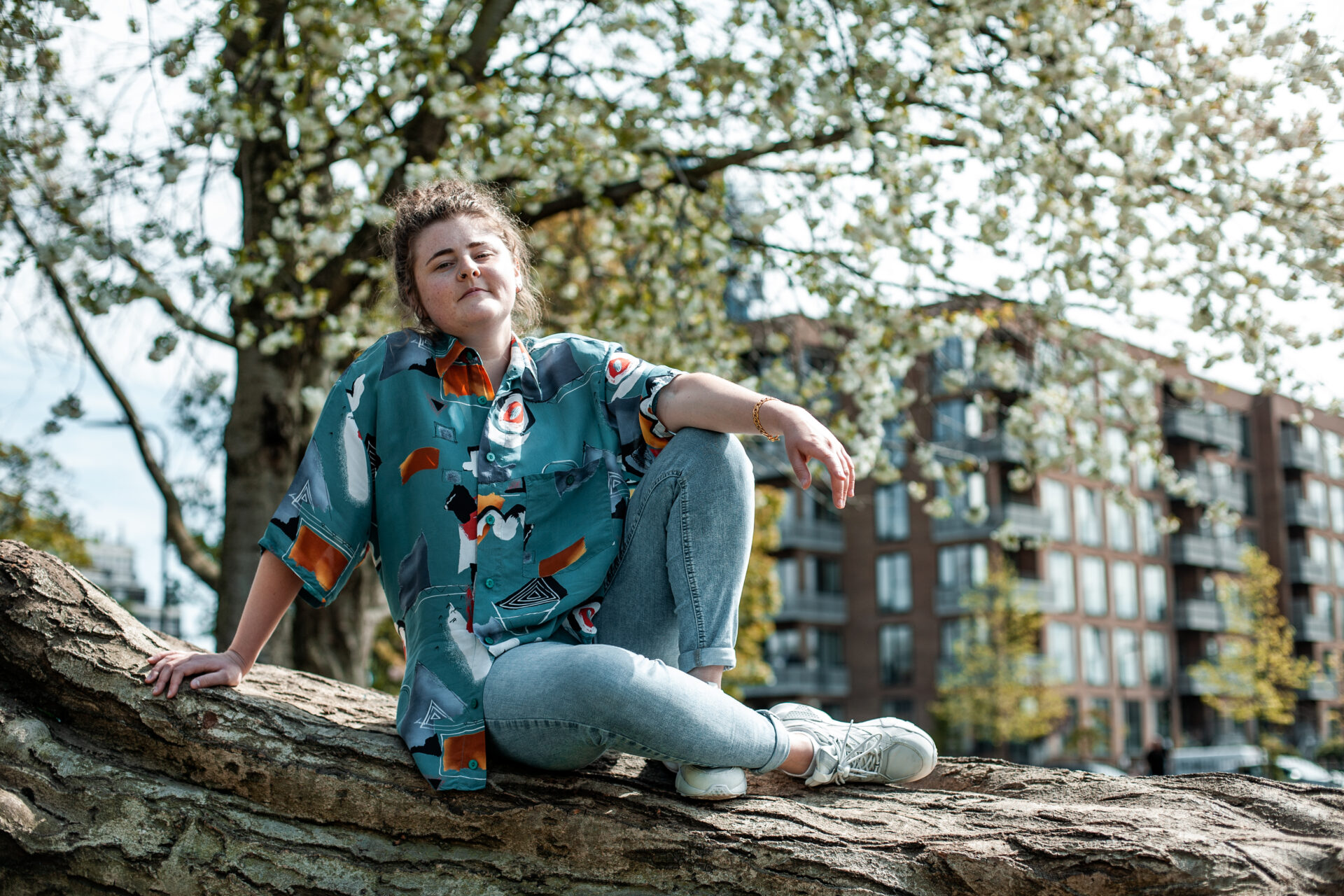 Runrummer fondly taps into ’80s nostalgia with her seductively hook-laden 8-bit synth-pop single ‘Nightcaller’. It’s accompanied by an arcade game inspired video that we are debuting below.  ‘Nightcaller’ is taken from her new EP Outer Space due 8th October and she has announced a UK summer tour from July to October – https://www.runrummer.com/gigs

Brummie-born Runrummer explains: “I wanted to make a music video in person but, due to the pandemic, I had to think of a way to create something special remotely. I’m a big fan of pixel art and was inspired by the music video for ‘Move Your Feet’ by Junior Senior. I connected with Madrid-based pixel animator Apoonto and we hit it off straight away. Our goal was to create a playful game-boy inspired adventure which really vibes with the 80s aesthetic of the song. The story follows me in my Dad’s old Datsun Cherry (the car which is also the centrepiece of the single artwork) as I travel across synth-wave London to play a gig. I gain magical powers as I’m presented with a mysterious roadblock, but when I arrive at the gig I find it being terrorised by monsters. I have to use my powers to defeat evil, culminating in a big final battle on stage with my band. Of course, justice prevails, we defeat the monsters and shoot up into the night sky as the song reaches its end”.

Runrummer is a creative cast influenced by artists like Christine & The Queens, Shura, and St Vincent. A prolific songwriter, she also produces much of her own material and, despite spending the last 12 months in lockdown, has been building awareness of her work. Runrummer opened the Introducing Stage at Radio 1’s Virtual Big Weekend, released a track with the prestigious Kitsuné Musique, and had a top 15 hit in the Music Week Club Chart, all from the comfort of her bedroom.

A passionate member of the LGBTQ+ community, many of her lyrics confront personal struggles with sexuality, gender identity and mental health. Officially tipped by BBC Introducing as “one to watch”, she oozes a distinctive form of alt-pop that effortlessly blends indie and electro with an often 1980s nature, the latter of which can be heard strongly in her latest EP ‘Outer Space’.

She goes on to add: “So excited this EP is finally here! This is me living my ultimate David Bowie life on Mars fantasy and I can’t wait for people to hear it. A musical interlude from 12 months in lockdown. Take a listen and float away.”