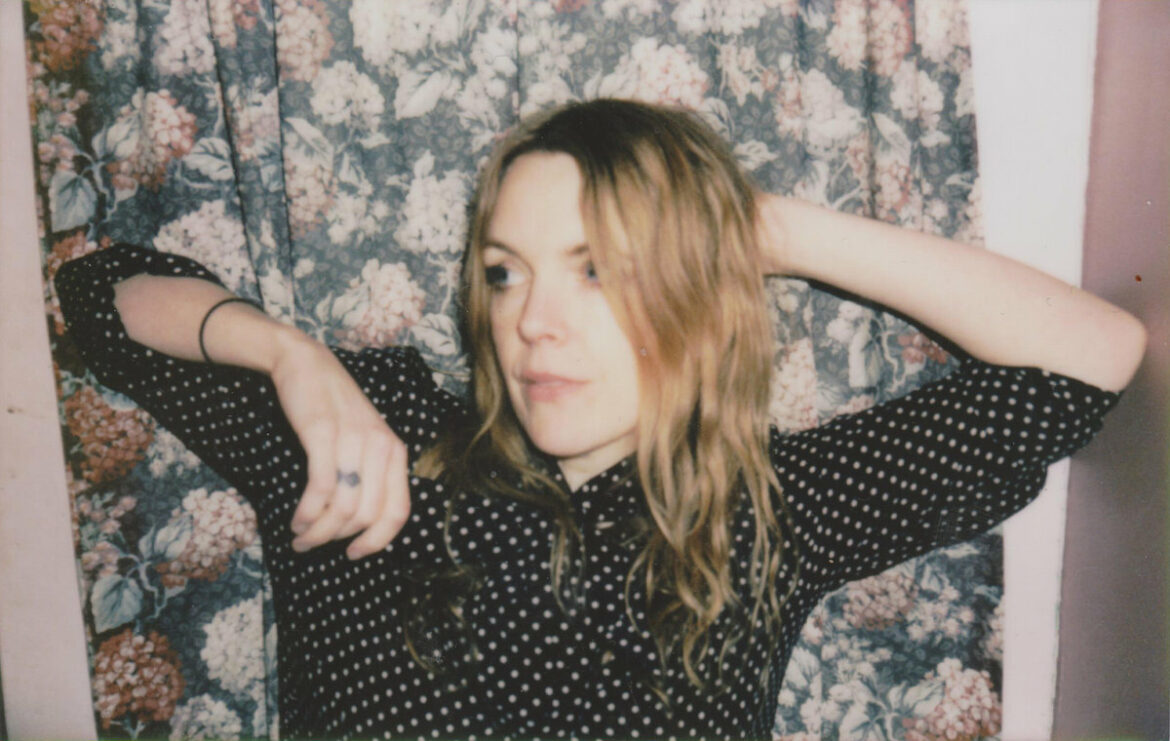 We are back with more handpicked new music selections to soundtrack your week, Oliver is very busy so I am introducing you to this edition of #TracksoftheWeek. Make sure you follow the playlist below, new music is added every week. (BC)

Why we love it: An intense anthem for the release of eighteen months of lockdown. Canadian artist JEEN skillfully encapsulates the uncertainty of what’s to come as we move out of pandemic, the twitching verses laced in whisps of harmony, give way to the cathartic rush of the chorus. Pitching somewhere between the relentlessness of early Arcade Fire and latter Sharon Van Etten, JEEN’s breathlessly switches from quiver to hollered call to escape that has shades of Chrissie Hynde about its knowing infectiousness. The single is lifted from her forthcoming album Dog Bite due this October. Co-produced by JEEN and renowned musician/fellow bandmate Ian Blurton (Change of Heart, C’mon, Future Now), its both personal and universal as JEEN imagines what it would be like if she just disappeared after being taken for granted, it’s also an acknowledgement of a music landscape that might be changed forever. And it sounds immense.

“Sometimes people just get used to you being around and assume you’ll be there no matter how they treat you,” JEEN reflects. “‘Maybe I’ll Be Gone’ is a threat to leave after being taken for granted after too long.”

“Maybe I’ll Be Gone” was the last track added to the record, with Jeen playing bass and guitar, Ian Blurton on lead guitar, and Stephan Szczesniak on drums.

“I was caught in the middle of writing another song in a weird time signature, so I just wanted to write something more straight ahead, and I’m kind of feeling the sentiment of the chorus on a thousand levels these days.” (Bill Cummings)

Taken from their forthcoming debut album, Rebirth – out 10th December on Hassle Records – ‘Stargazer’ is the work of Portuguese psych-rockers Madmess. And pretty good work it is too. As the band’s drummer Luis Moura explains:

‘Stargazer was made from different bits that we had composed over time and realised that they fit well together” explains Luis Moura. “Sam (Ricardo Sampaio) wrote the guitar part that bridges the gap between the vocals and the solo part, it really connected with us and all the bits came together pretty well after that. We wrote the lyrics in North Wales during the recording sessions after we had spent the night looking up to the sky full of stars from a hill in the middle of nowhere. This track really conveys the new sounds introduced in this new record, also it’s short and easier to digest.”

‘Stargazer’ is a most bracing blast of spaced-out heavy rock that places them somewhere between Black Mountain and Black Sabbath but still retains enough imagination and flair to distinguish Madmess from other psych-rock contemporaries. (Simon Godley)

Why we love it: Not content with kicking up a veritable storm at Green Man festival a few weeks back – during a torrential rainstorm too, no less – Pictish Trail has just released a new single. And much like that festival set, ‘Natural Successor’ fizzes with natural energy and unbridled passion. This is the sound of Jonny Lynch – the man for whom Pictish Trail is the musical vehicle – well and truly back in the game. Having taken himself and a bass guitar, drum machine and fuzz pedal to St Franny’s Bothan on his native island of Eigg in the Scottish Inner Hebrides, he set about recording some new material. ‘Natural Successor’ is the first fruit of these labours and, I tell you what, it is a bit special. (Simon Godley)

Why we love it: Having formed in Northampton around 2018, Big Loss take “cues from 90s Midwestern emo and 60s girl groups, as well a host of influences somewhere in the middle“, which creates a lavish, slightly otherworldly aura that also incorporates aspects of shoegaze into their sound, and really, what’s not to like about that? The PR sums it up perfectly here: “The twin vocals of Joel Harries and Jo Collis deliver tales of loss, hypochondria and general anxiety about the world at large over Harries’ twinkling guitars, all anchored by the solid rhythm section of Collis and drummer Gareth Amwel Jones.” (Loz Etheridge)

Why we love it: ‘Catalyst’ is taken from the band’s latest EP ‘Liminal’. A powerful call to arms that frames personal development through the prism of social revolution.  Tubthumping drums,  searing guitars and Leona Farrugia’s fists aloft hollered vocals that bludgeon with an intensity that is haunted by the ghosts of Siouxsie and the Banshees. “Stay awake” she screams over and over probably a reclamation of the word woke, as the band call for true change in the wake of the political events of the past twelve months. Incendiary!

“Lyrically the track could be interpreted as a cry for collective change, but I had, in fact, began writing from my own perspective, realising the ‘revolution’ one can make within their own approach to everyday life; changing the rhythm of my thoughts to achieve freedom from unhealthy traditions.” tells vocalist Leona Farrugia.

As befitting a band who take their name from the Maltese word for frenzy, ĠENN thrives amongst chaos. “Craziness follows us,” laughs lead singer Leona Farrugia, alluding to the quartet’s colourful history, which has so far featured robbery, legal disputes, long-distance collaborations, and three members of the band relocating to Brighton from Malta. Guitarist Janelle Borg concurs. “[ĠENN] could have been a support group, but we decided to make music instead.”

Vex Message – No You Don’t

Why we love it: A stonking great glam stomper, with brain-busting synth creating a strong sense of dread. The singer, Derek Meins, sounds like he’s been deep diving into the Spacehog catalogue as there is more than a passing resemblance to Royston Langdon, with his elongated baritone drawls at the end of lyrical lines.

There’s a very nice mix of 70’s glam that Buzzard Buzzard Buzzard are perfecting currently, with an industrial electronic palette that is a breath of fresh air. The addition of big fat heavy riffs only heightens the menaces.

What they say: “There is quite a wide variety of influences to the band, and I think that shows in the album. I grew up on a diet of literary post-punk like Wire, Talking Heads, The Feelies etc. but more recently had been listening to more electronic music. Sam and I went to see both Holly Herndon and James Holden before the pandemic, and both those artists have been something we’ve shared as inspiration”

‘No You Don’t’ was augmented it the studio of sonic adventurer Mark Burford aka Field Lines Cartographer. The studio, sat in an old church in the wilds of the Lancastrian countryside, in the shadow of the iconic Brutalist architecture at Forton Services, provided echoes of an eerie past and a previously imagined future that seeps into the fabric of the track.

The single is from their forthcoming self titled debut LP. (Jim Auton)

Misty Mtn – In the Deep End

Why we love it: “All your fake friends /left you in the deep end” sings Misty Mtn vocalist Mo Trunzo with a wistful feeling of disappointment and letdown. This enveloping new single, makes well-chosen production choices, pairing Trunzo’s meditative bittersweet vocals against an ambient pop soundscape of swirling synths textures and gradual subtle beats. They call it a “summer’s over anthem” and one can imagine it soundtracking the fading sun, its a deft, gorgeously wistful pop song that’s warmly redolent of the evocative sound of Billie Eilish ‘s more downtempo moments and the clean pop melodies of Taylor Swift.

Why we love it: Poigniant and embracing, Cornish songwriter Billie Flynn inhabits a melody and invests it with a heart stopping quality that could puncture the hardest of hearts. She previously released ‘Hey Stranger’ on Gabrielle Aplin’s Never Fade Records to a warm reception last month.

She says it serves as a personal reminder to herself. “This was a big song for me when writing it, it felt like a real release. I was struggling at the time and I just had the thought that, if nothing else, I will always be a daughter, and that’s an important thing to be.”

Recorded with producer JMAC (Luz, Matilda Mann, Rosie Carney, Haux), ‘Someone’s Daughter’ is invested with a stripped back brushed instrumentation and pierced by Flynn’s exquisitely sensitive and sonourous tone that like Laura Marling or Kate Bush resides in the upper register in the clouds. This warm affirmation to herself to find hope in the simple fact that she is a loved daughter, is heart pulling and shows immense promise. Haunting.(Bill Cummings)