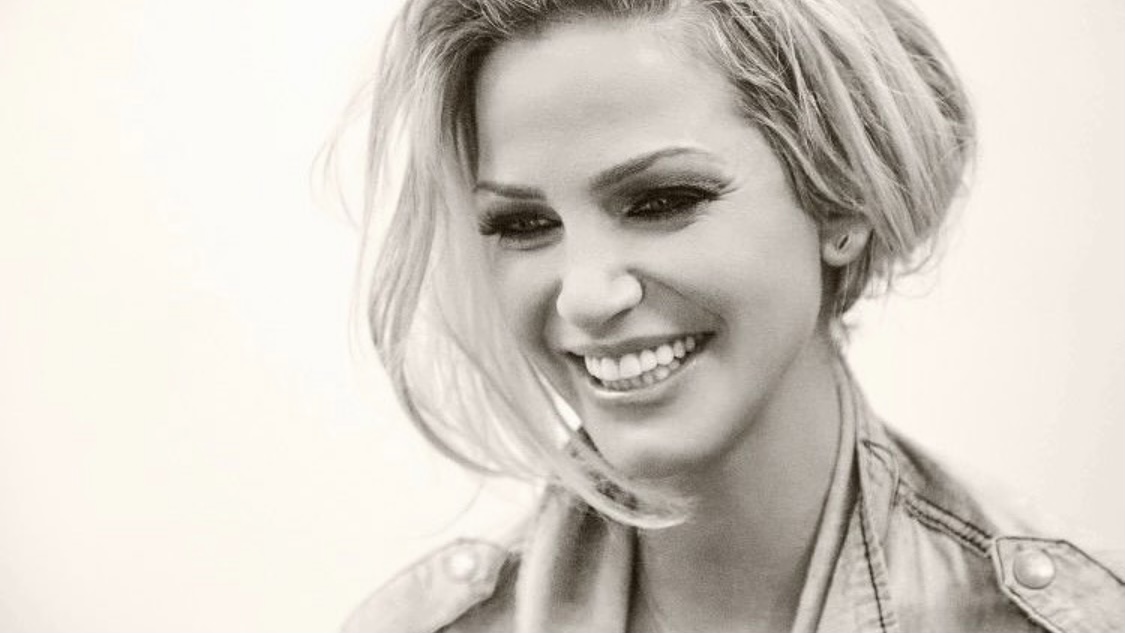 We almost didn’t get her. When Girls Aloud were formed, via the 2002 ITV reality series Popstars: The Rivals, Sarah Harding was the last contestant to be voted into the group by the public, controversially beating Javine Hylton who was assumed to be a safe bet for the group’s membership. But Javine’s loss was a gain for the world of pop in the noughties, as Girls Aloud racked up over twenty top ten hits and critical acclaim for their genre-hopping, unpredictably-thrilling and personality-driven take on pop, shaped by the star magnetism of their members, with Harding’s charming swagger front-and-centre.

Rewind to 2002. British pop was in the doldrums. Westlife‘s ubiquitous chart presence was continually draining pop of its energy and Blue‘s insipidly bland photocopies of US r&b felt stale and inert, while Atomic Kitten had replaced a founding member and lost with her any sense of personality and uniqueness. Ronan Keating‘s post-Boyzone career of mediocre ballads set the tone for 2001’s Pop Idol’s success stories, as Will Young and Gareth Gates sold massive volumes of singles with no sense of purpose or adventure.

There were only two pockets of hope. One was Liberty X, the cruelly-dubbed “flopstars” who failed to win a place in Hearsay but had the last laugh with “Just A Little,” a genuinely sexy smash hit of r&b slinkiness. The other was Sugababes, whose Number One single “Freak Like Me” mashed up sex-positive raunch with urban 80s electronics, and then follow-up “Round Round” which felt like three different perfect songs fused into one pop delight.

Popstars: The Rivals was pitted as a battle of the sexes, as two manufactured groups of opposite genders were formed over several weeks to compete for the Christmas Number One. It was assumed the “male harmony group” One True Voice would win – boybands were (then) more successful, and the show’s audience was predominantly girls and women. They were five good-looking guys in nice suits, singing on-trend slushy disco ballads written by pop royalty The Bee Gees. They were terrible at pop, and they had no reason to not be anything other than unambitious, patronising and lifeless, with the lack of care and finesse in their material an act of contempt towards any potential audience.

If you find the episode of Popstars: The Rivals on Youtube where each band premiers their debut single, the difference between the two acts is astonishing. The members of One True Voice each cover a verse of a ballad, then the members of Girls Aloud cover a verse of a ballad, and then the two groups perform some ballads together. Watching it feels like a total slog, and it’s only right at the end when Girls Aloud take their turn to perform “Sound Of The Underground” that the show finally feels like it has a pulse.

And what a jolt it is: stop-start drum&bass pop with surf guitar, starlit warehouse bleeps and the girls’ commanding presence. Harding opens with the line “disco dancing with the lights down low” and it immediately sets the scene: bedroom dancing in a world of relatability – pop that speaks TO you, not AT you. It’s the story of ordinary women who want to inhabit the role of popstars, who enjoy creating it as much as we can enjoy experiencing it.

Like Liberty X before them, Girls Aloud were good because they had to be good – the risk otherwise would have led to failure. So they were paired with production team Xenomania, the people behind “Round Round” who were both thirsty for success and armed with a slew of ideas that would reshape and reflect British pop music over the next decade.

Over the next few years, Girls Aloud worked with Xenomania to release hit after hit: raucous party anthems like “Something Kinda Ooh” and “Sexy! No, No No…”; tears-at-the-disco epics like “Call The Shots” and “The Loving Kind“; and demented rule-breaking thrillers like “Biology” and “Love Machine.” Critics loved this type of pop music – it was avant-garde and experimental enough to be worthy and respectable, but still bound by the sugary highs of simple pop pleasure, with the acclaim going towards their producers.

But while it’s true that the music itself sounded great, stuffed with hooks and idiosyncrasies that sounded more vital than anything else on the radio, to give credit solely to the team behind Girls Aloud misses a crucial part of what made them so successful. What the Girls brought to these hits was their dynamic zest of personality. Neither aloof like Sugababes or All Saints, nor basic like Spice Girls or Atomic Kitten, Girls Aloud had charm galore. They were the type of women you could bring home to your mother, or go clubbing with, all done with a raised eyebrow of innuendo that still never lost any sense of poise and class.

The Girls themselves had certain roles: Nadine was the star voice, Cheryl the glamour, Nicola the kook, Kimberly the girl-next-door, and Sarah the up-for-it party animal. The music that Girls Aloud released was feisty, flirty and fun, and if anyone embodied that side of their style it was Harding, whose extra-curricular antics ensured that Girls Aloud were as much a tabloid phenomenon as pop sensations.

Trips to Ibiza and superstar DJ boyfriends garnered her the column inches, but her remarkable likability ensured she always stayed in favour with the public. A perfect example: upon accepting their only BRIT award in 2009, an inebriated Harding took the microphone to decry “it’s about time!” receiving a sea of cheers and applause.

When Girls Aloud inevitably split, Harding decided to move into other areas of entertainment. Her acting career included a short stint in Coronation Street and a role alongside Danny Dyer in Run For Your Wife, neither of which were well-received, probably because Harding’s larger-than-life presence overshadowed her performance. She was more successful in reality TV: appearances in Tumble and Celebrity Masterchef, before winning Big Brother in 2017 with the same down-to-earth, welcoming persona that originally won her a place in the band. Meanwhile, Xenomania never really achieved the same commercial or critical heights – proof, if it were needed, or how essential a component the Girls themselves were.

At 39, Harding’s death feels like such a loss – to friends, to family, to fans. It is no age, really. She could have easily stayed in the public eye, effortlessly coasting on her everyday appeal, a celebrity whose personality made her make more sense to her supporters. Harding never seemed less than fully comfortable in her role as a popstar, and that’s the best to remember her – a key part of a vivacious and charismatic girl group who made pop music sound like the giddiest joys of life. So full of twilight, dreams that glitter.

1 thought on “Dreams That Glitter: A Tribute To Sarah Harding”