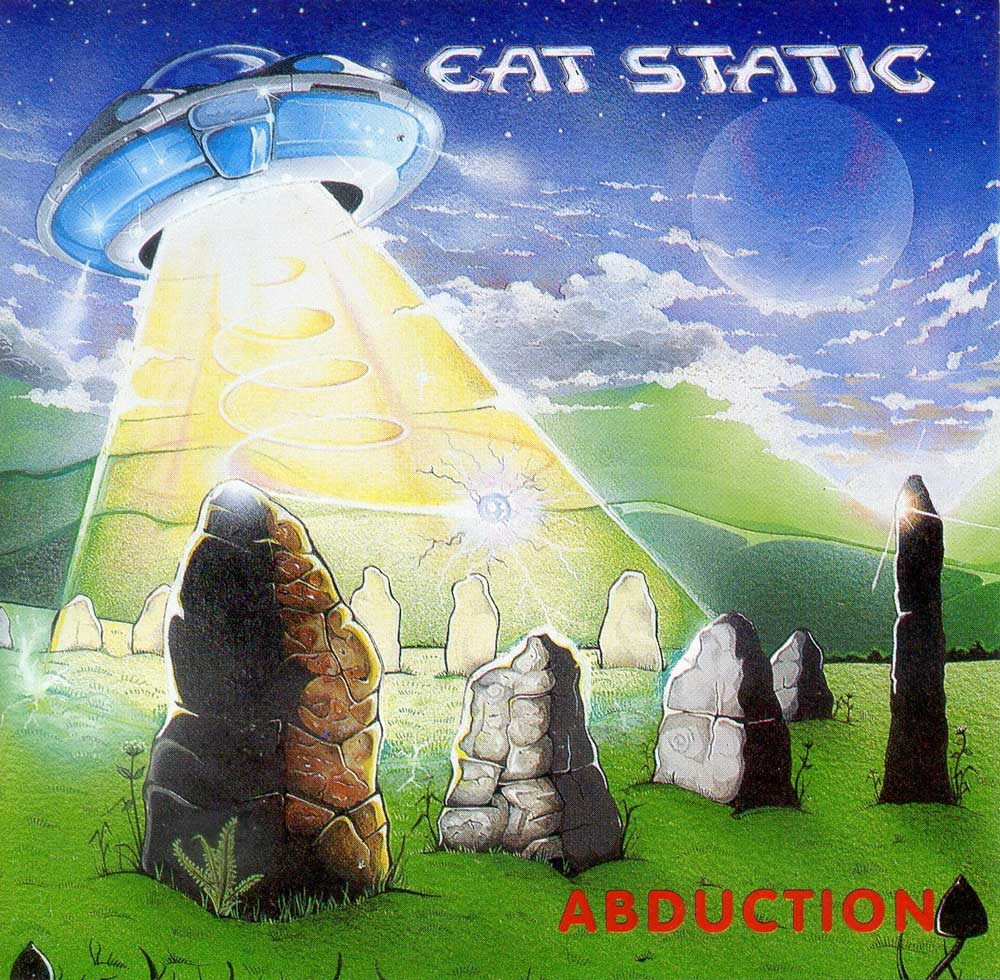 Borne of their work with Somerset psychedelic rock band Ozric Tentacles, drummer and keyboard players Merv Pepler and Joie Hinton became drawn to the rave scene of the late 80s. By the time the 90s had rolled into town, the two had formed the music project Eat Static, with thier “technically impressive” skill in producing weird music with mad timings proving a gift for this new band. Revisited by label Cherry Red, with help from Planet Dog label founder Michael Dog, Eat Static’s first two albums have breathed new life with these expanded editions. Now 3 CD releases for each, comprising original content, along with bonus tracks from long since deleted compilations, Peel sessions and long-lost remixes by superstar DJ Sasha.

I can certainly hear the “technically impressive” skill in producing weird sounds from the moment I switched onto Abduction, back in 1993. The further I experienced the content of these cleverly programmed blips, whooshes and heavy bass runs, I was hooked. Sit down with a pair of headphones, open your mind and feel the immersive experience. Numbers that comprise beats that run from 130 and far beyond. These are heavyweight compositions, that are complete with sampled quotes from vintage science fiction, a running motif and a theme common at the time. Conspiracy theorists Mulder and Scully’s X-Files providing good reason to suggest that there might be something out there. With further mixes of ‘Gulf Breeze’ on disc 2, including the 13 minute, 140bpm ‘Ashoshashoz Mix’ originally found on the Gulf Breeze – Mixes EP from 1993,  by disc 3 I suggest you have your glow sticks at the ready.

Two years later saw Implant and from the opening number ‘Survivors’ this plays to a more high-energy theme, although not surprisingly with a sci-fi cherry on top. The following number, ‘Abnormal Interference’ turns away from the high-energy slant and with treacle-like sounds, Pepler and Hinton demonstrate their electronic wizardry. Sounds that bend the senses, with samples “you put aliens in the middle of this stuff and you’ve got all the answers”, “there were more live aliens recovered, than what you were aware of”, that if you weren’t a believer by the end of the first album, this will have you questioning yourself. I would have to say this album is a stoner’s haven, with a bright light shining occasionally to wake up those who’ve lost their way. A number outside the original content on disc 2 is ‘Dionysiac’ and this injects that wake-up juice into anyone’s trip. This mixes dub with an Arabic vibe, creating the perfect pool in which to become absorbed.

These two albums are a music nerd’s heaven, considering they explore the electronic genre outside that of Underworld or Orbital and have more in common with a ramped up Biosphere. Both albums possess a delightfully wide canvas and my ability to revisit these has left me rating their content even more highly. Now excuse me while I turn on, tune in and drop out in the company of these two works.