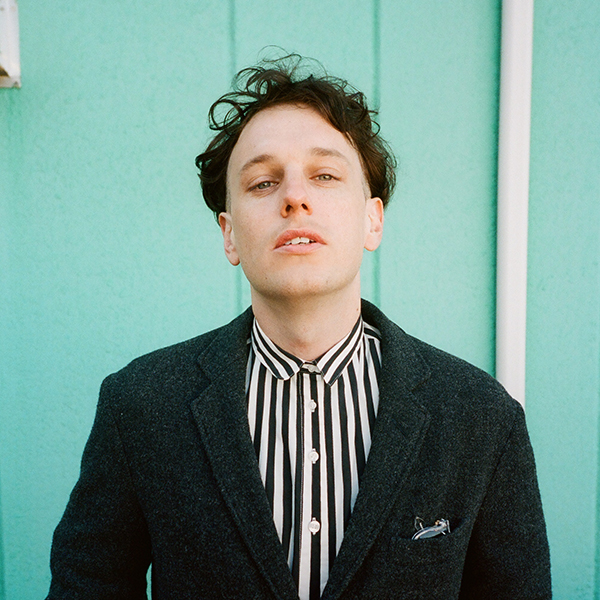 Welcome to the 155th edition of our regular new music feature Tracks of the Week. This week, Julia Mason and Bill Cummings take us through excellent new tracks from the likes of Methyl Ethel, Harrison Whitford, JOHN, Lemonade Baby and Soot Sprite, whilst I shine a light on the latest offering from an artist fast becoming a personal favourite, Astroturf Inspector. Head over to Spotify and follow our Tracks of the Week playlist to keep up with our regular staff picks.

Why we love it: Methyl Ethel is the moniker of West Australian songwriter, producer, vocalist and multi-instrumentalist Jake Webb. The new single ‘Matters’ is a full-on dancefloor filler that will have you grooving from the very first listen. It’s a kaleidoscopic mix of electronica, pop and edgy-cool beats. The track has a sense of nervous energy flowing through it, which is picked up from the very beginning as it speeds up in the opening 5 seconds.  So be warned: this is all delivered at a frenetic pace and is all the better for it.    Jake explains further about the creation of ‘Matters’:

“I was living in LA while writing this song. After being there a while, I realised that I knew nothing about what to do if there was an earthquake. It occurred to me that there is the ever-present danger lurking beneath your feet. It’s just something you have to learn to live with, this aura of danger. There are fault lines that run through all of us, threatening to open when we least expect. As the world begins to reckon with a certain cracking of the foundations, I thought it would be interesting to explore the frenetic, reactive feeling, of danger.“

The video perfectly complements the song with its shaky phone footage, as Jake continues: “The song deals with the idea of something catastrophic looming over you. What better way to represent that frenetic, anxious feeling than with shaky phone footage. So, we taped our phones to our chests and shot a video in a cellar in 2 hours. It’s instant and, I think, echoes the reaction a lot of people have to catastrophe, they pull out their phones.”

Why we love it: After having covered Astroturf Inspector’s previous single ‘User Error’, we were thrilled to hear news of follow-up ‘Luxury Boredom’. For the uninitiated, Astroturf Inspector is the moniker of Edinburgh based one-man-band Daniel Crichton. Working in true DIY style from his home studio, Daniel creates music that is at once tuneful, idiosyncratic and thoughtful, conjuring a sonic environment that’s easy to get pleasantly lost in. The new single ‘Luxury Boredom’ provides another mesmerising insight into the mind of the truly talented up-and-coming singer-songwriter, covering themes of mental ill-health in an increasingly digital age. One to keep an eye on, we confidently suggest! (Oliver Wareham)

Why we love it: JOHN, the London duo of John Newton (drums, lead vocals) and Johnny Healey (guitar, backing vocals) have released their new single ‘Non-Essential Hymn’, taken from their forthcoming third album Nocturnal Manoeuvres, to be released on the 8th of October 2021 via the band’s own Pets Care imprint and Brace Yourself Records. ‘Non-Essential Hymn’ is the album closer and what a final statement to make. This is a thunderous track, reflective of our modern city’s which are ever-expanding and operate continuously over 24-hours. As John (Newton) describes: “Echoed by the album’s title ‘Nocturnal Manoeuvres’, Johnny and I often found ourselves discussing the 24/7 demands of our accelerated present – after all, it’s pretty hard to ignore when staring over the ever-expanding city from our native Crystal Palace. The song became a nod to these now ‘essential’ obligations, the lyrics recalling the security guards of the city, denying their natural circadian rhythm in order to protect ever-lit office buildings. We wanted to mimic the incessancy and repetition of these traditions, and we felt like the meditative quality of the closing section helped give some semblance.”  Live, JOHN are an earth trembling force of nature. There is a primal intensity to their performance. The sound and the energy are simply explosive and addictive. Don’t just take my word for it, check out the live session video of the single laid to tape at The Bookhouse Studio in South London right after their set at this year’s Green Man festival. There are plenty of opportunities to see them live as they are currently on a tour of the UK and Ireland before hitting the continent in 2022. (Julia Mason)

Lemonade Baby – Is It Too Late

Why we love it: Luminous, popping and infectious pop music that’s fresh early naughties refrains burrow their way into your head and won’t let up. The latest single from an Australian newcomer who goes by the name Lemonade Baby, and it’s just a small taste of what he has in store for us over the coming months. Inventive and catchy, we are thirsty to drink in more Lemonade, baby! (Bill Cummings)

Why we love it: Soot Sprite’s crashing, infectious and bounding lead single shows off a more muscular sound that ripples with gazey guitars and thundering drums: it finds singer Elise Cook arrive at a moment of revelation and self-confidence, when she finds herself flourishing outside of relationships that never served her, peaking on the lines “Alone but not lonely” – a self-affirmation delivered with power. “This was one of those epiphany moments, where I realised that alone I was not only okay, but I was thriving, and it wasn’t down to anyone else except myself. It was that realisation of self-love and owning my accomplishments in life. It came out in this form of pure joy that I needed to put into song.”(Bill Cummings)

Why we love it: Whitford is a longtime Phoebe Bridgers collaborator who plays in her live band, as well as in Matt Berninger’s live band. Afraid of Nothing is Harrison’s second album and the lead track is a meditative heart-tugging gem that echoes the likes of Eliot Smith. Its spinning percussion and cycling guitar riffs envelop you in melancholia – “I’m in too deep” he sings, it sounds like a promise. Wistful and haunting.

Harrison says of the track: “I’ve never been entirely sure what Meclizine was about. When I wrote it I was very interested in images of childhood and the concept of getting lost as a path of growth. When I listen now, it sounds like maybe I was trying to get at the idea that the parts of ourselves which we have to shed to evolve, are also the parts of ourselves we build our identity on. That we have to discard who we think we are sometimes to move forward.” (Bill Cummings)