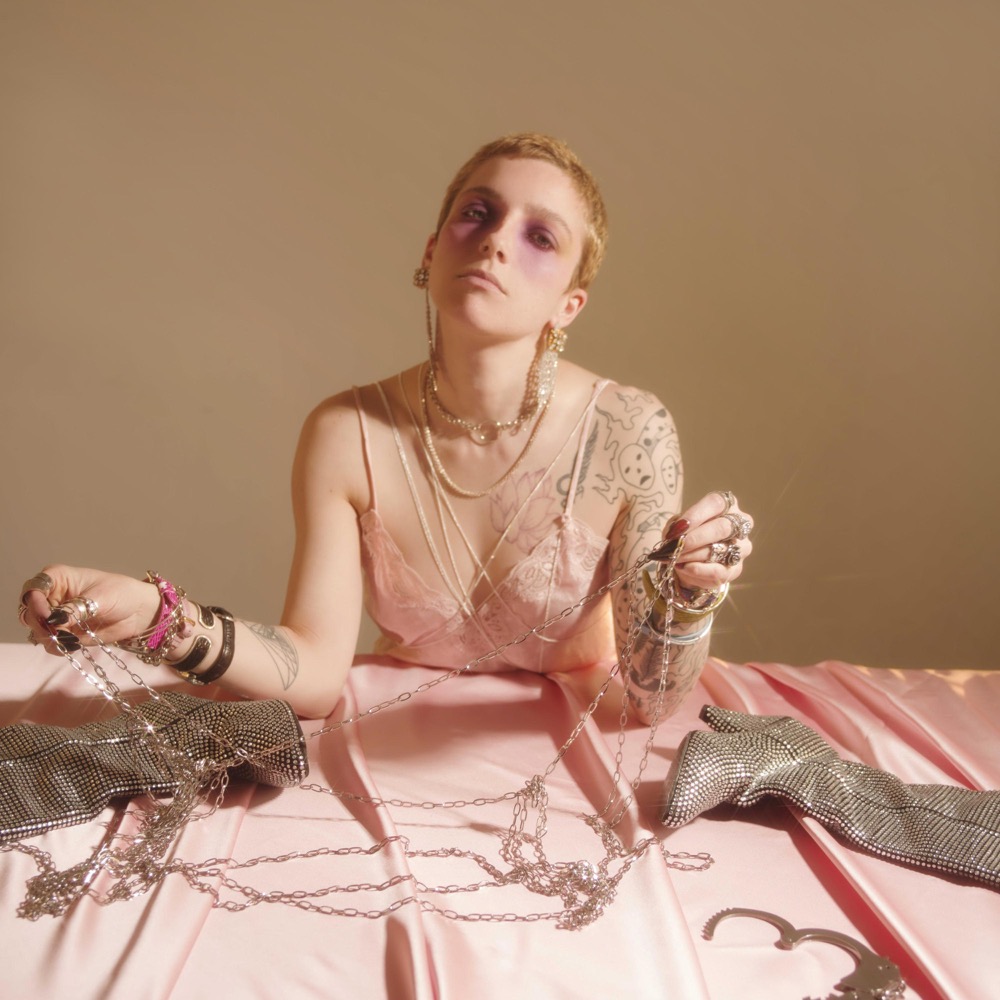 Whilst it is already a bit tedious to discuss albums as being “lockdown records”, sometimes they really feel like that they were created in a closed in, claustrophobic atmosphere. That they were birthed in a boxed in four walls, and ergo it makes the listener feel caged in.

Queen of the Mall is the first collection of songs to come from Heather Elle, aka Flossing. Whilst she was also the bassist for firstly  and then The Wants, with another ex-Bodega, Madison Velding-Van Dam, here she steps out into the centre stage spotlight.

The EP came from isolation as New York City entered the first lockdown in March 2020, prematurely dumped from touring The Wants debut LP and into compulsory quarantine.

Which is why the video treatments for the singles from this debut EP feel even more freeing, an explosion of artistic expression out in the open, as she seems to have completely taken to being the master of her own destiny.

‘Switch‘ is a wonderfully twitchy opener, industrial guitars mix with distorted synths and ominous brooding bass. There is a heaviness to everything on this record, and on here, the first single, Heather is domineering. Both sexually and physically. She is imposing. “You’re a lot like me, do you see yourself inside me?/And I can switch from bottom to top if you like that”.

‘On Read’ has more of a club remix feel to it, you can virtually smell a dark, basement Brooklyn Electro club at 1am.

‘Add to Cart’ is a fairly explicit social commentary on consumerism, and the barrage of advertisements and neon colour pleads to buy “Snap/ shackle/huff/Add to cart”.

‘Psychosis’ has a repetitive, looping guitar hook that mirrors the title as it hooks its why in to your psyche. Heather has a very deadpan, almost androgynous delivery at times, that you feel might be intentional to throw the listener off the scent, to avoid pigeonholing, equally the pseudonym Flossing is to prevent preconception.

‘TRAP’ is heavy on the Garbage influence. Heather is channelling her inner Shirley Manson and this could comfortably have come from the first Garbage record from the mid-nineties. Distorted guitars, rapid drums, synthetic bass and rumbling like helicopter blades give it a techno vibe with metallic effects giving it a horror movie soundtrack edge.

The wonderful thing about Heather as Flossing is that she has come alive. As the bassist for her previous bands, she was a silent but vital cog in the machine. Always intriguing and striking, she appears to have been performing within herself. As part of The Wants trio, she almost seemed reserved and puritanical. Now she is free to express herself in whatever way she sees fit. She has not held back.