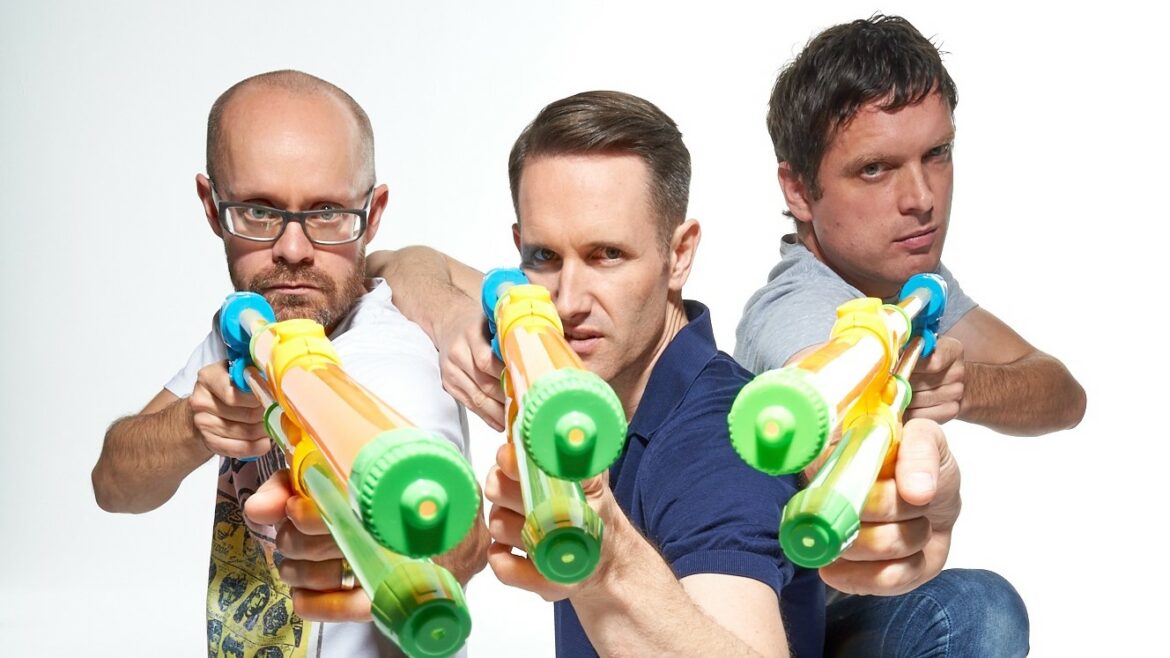 One of Britpop’s great survivors, Ash have been producing consistantly good music since their 1996 debut,1977, and their delayed (for obvious reasons) 25th-anniversary tour is a testament to that longevity and quality. Taking residence in a slightly under capacity O2 Academy in Bristol, the Saturday crowd has passed the COVID passport checks, ignored the “rock your mask” signs, and is leaving pockets of space where possible as 18+ months of social distancing can’t be completely forgotten in what is the first return to live music for many.

Ash aren’t here to mess about though, the Northern Irish trio know how to be loud – “here’s another crazy one” frontman Tim Wheeler shouts at one point – with ’Orpheus’, ‘Darkest Hour Of The Night’, ‘Cocoon’, and ‘Kung Fu’ proving that late on in the set, as well as 2018’s ‘Buzzkill’ which is preceded by an apology to some kids in the audience to for the swearing they’re about to be subjected to. They also know how to do funk as the obligatory new track ‘Arcadia’ proves, and following it with ‘Confessions In The Pool’ makes them a neat couple. It’s a bass-heavy, chest vibrating night as the three bandmates show how tight they are after 25+1 years in the game, and with a terrific sound system in Bristol they’re right on the money.

Despite its age, it’s debut album 1977 that still provides the nights greatest singalongs with ‘Girls From Mars’, and especially ‘Oh Yeah’ loosening the vocal chords of the Bristolian crowd. And the wistful nature of the lyrics of ‘Oh Yeah’ sums up the attraction of Ash perfectly, these are innocents writing about youthful ideals and covering them with lashings of guitar, drums and bass. ‘Sometimes’ has a rare beauty to it that makes it one of the underrated songs of the last days of Britpop, in fact all of 2001’s Free All Angels is far better than it gets credit for with ‘Walking Barefoot’ and ‘Shining Light’ inducing arm-waving, and set closer ‘Burn Baby Burn’.

Only when you hear 25 years of music stitched together in a greatest hits tour do you really get the chance to hear the progression of a band, and Ash are a band that have twisted with the years, from punky lovelorn upstarts to world travelled indie stalwarts. Somehow they manage to weave all of this into one cohesive and cracking live show. Teenage Wildlife indeed.