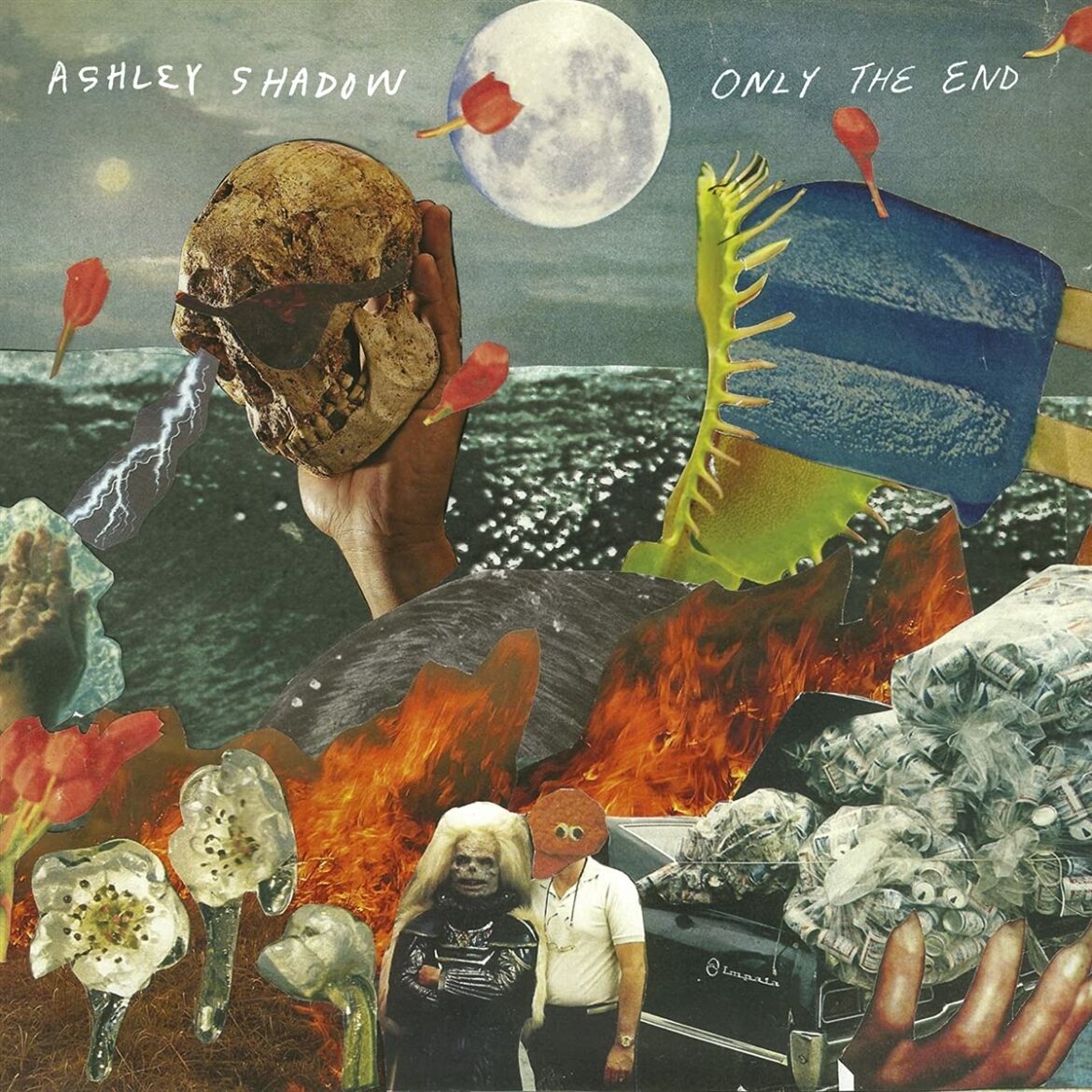 Canadian songwriter Ashley Webber, aka Ashley Shadow strides confidently from the upturned car wreck of 2020-21 with Only the End, her breezy and uplifting take on staple Americana-tinged folk rock.

From the Canadian Rockies and their long railroad trails echoing in the clattering pace of opener ‘Gone Too Long’, to the Pacific Northwest sunset nostalgia of ‘Bury’, Only the End is a reliable travelling companion for the dark roads ahead. Fans of early Low, Sharon Van Etten, Angel Olsen, Neko Case, Will Oldham and generally anything with the awesome sound of molten tears (that is, pedal steel guitar) will immediately appreciate the familiar path Ashley Shadow forges on this album, while making it her own through that singular, haunting voice. Webber’s distinctive and dynamic vibrato turns the tried-and-tested formulae of this genre inside out, harking back to its musical roots with evocative presence. Having spent a decade or more providing backing  for friend’s projects, Webber cautiously took the lead with her self-titled debut solo album in 2016. Five years later there is no such hesitancy, just the sound of genuine warmth and conviction.

Among this year’s releases, themes of resilience and recovery seem to be prevalent and with good reason. Ashley Shadow wrote the songs on Only the End alone in her apartment over the course of two unstable years while holding down a couple of jobs. “Some of the songs I wrote were initially bummers, but when we went to record them, we lightened them up”, she explains. Rather than dwell on the hard times, as the songs moved to the studio she transformed her experience into something that sparkles with the weightlessness of relief and acceptance after adversity. A host of friends help to lift the songs to a new level, including Paul Rigby (Neko Case) on pedal steel, Joshua Wells (Black Mountain, Lightning Dust) on drums, Colin Cowan‘s (Elastic Stars) downtempo jazz bass, and the chiming jangle guitar of Ryan Beattie (Himalayan Bear). Webber’s friendship with Will Oldham led to singing backing on Bonnie “Prince” Billy’s Lie Down In The Light (2008) and the two are reunited for the first time since on ‘Don’t Slow Me Down’, a stirring, harmonic collaboration of two kindred voices that knit together perfectly.

Highlights along the way include ‘Grey’, a self-claimed “gentle moment of existential dread”, reflected in its sighing pedal steel refrains, the jubliant quick waltz of ‘For Love’, building the tension with its close harmony goosebumps, scattered percussion and major-minor shifts, and ‘From You’ a humble, empty stage set for Webber to sing deep from the soul “Everyone has their dark sides, something to cling on / whether it stays a secret or screams out to the world, ‘what should I do?'” Then there is ‘Catlin’, a truly affecting, vulnerable track that Webber describes simply as “a tribute song to a life lost too soon.” Within its finality, a faint ember of hope burns in the shared memories and stories that are carried by those who are left behind.

Even at its lowest points, Only the End is a calm, almost stoical lesson on keeping a sense of perspective. Nothing should weigh so heavy on any of us that we lose ourselves trying just to live each day. Ashley Shadow sings of this darkness within, but never once leaves us alone there. An outstanding return from a heart-warming voice, full of quiet reassurance and beautiful musicality that I could listen to all day long.

‘Only the End’ is released 24th September on Felte.