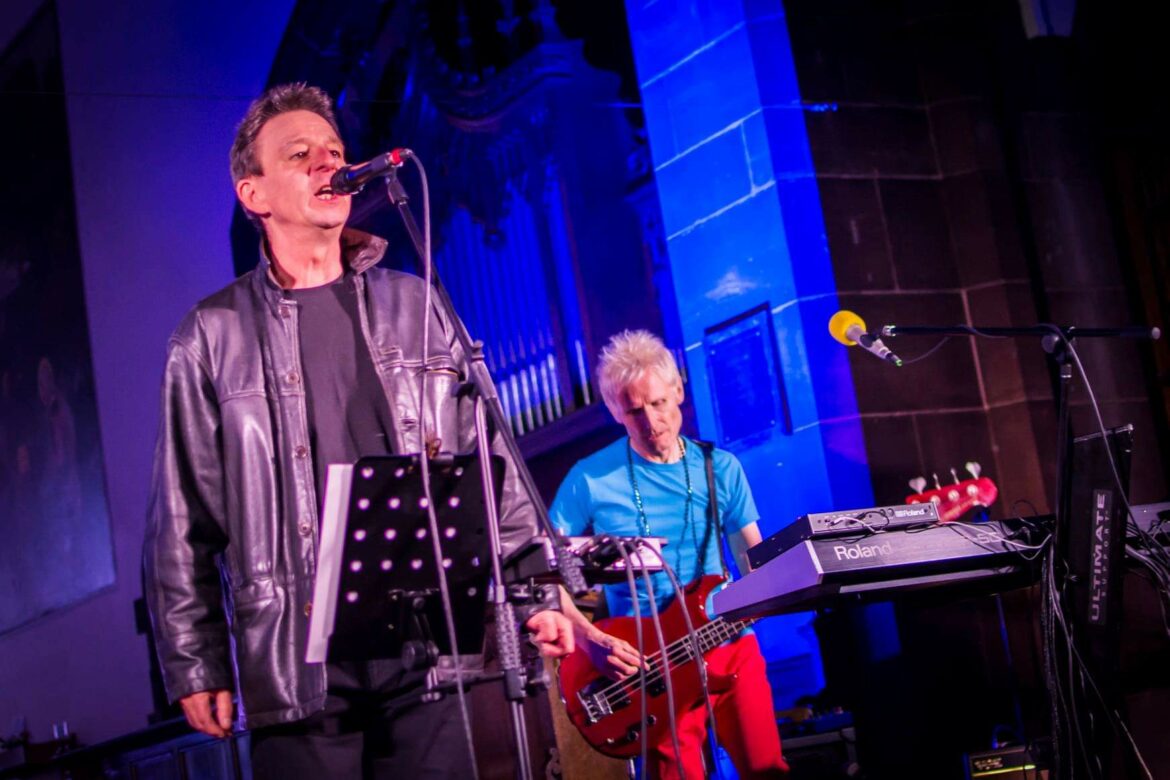 It’s shaping up to be another good year for fans of synth-pop geniuses Fiat Lux, who follow-up 2019’s long awaited Saved Symmetry with a brand new studio album Twisted Culture due on 5th November and a couple of rare live dates to follow at Halifax’s Workshop Theatre (30th October) and Birmingham’s Blue Orange Theatre (13th November).

We caught up with the band’s singer Steve Wright and multi-instrumentalist / producer David P Crickmore to ask them about their favourite things from the world of music, TV, literature and film.

God Is In The TV: Ok, let’s look at your very favourite things. First up: your two favourite albums?

Steve: Genesis – The Lamb Lies Down On Broadway and Sunburst Finish by Be-Bop Deluxe

…And your two favourite singles?

Steve: The Cult – ‘She Sells Sanctuary’ and The Lotus Eaters – ‘The First Picture Of You’

You get to choose a whole TV box set…what would that be?

David: The Prisoner (with Patrick McGoohan)

You can also choose a book…

Steve: The Complete Works Of Shakespeare

David: The Triumph Of The Moon by Ronald Hutton

If you could only listen to one radio station, what would it be?

Now you get to choose one of your OWN records…

…and if you could magically re-live a live gig experience via a live stream?

Twisted Culture is released on 5th November by Splid Records and includes the single ‘(How Will We Ever) Work This Way’.