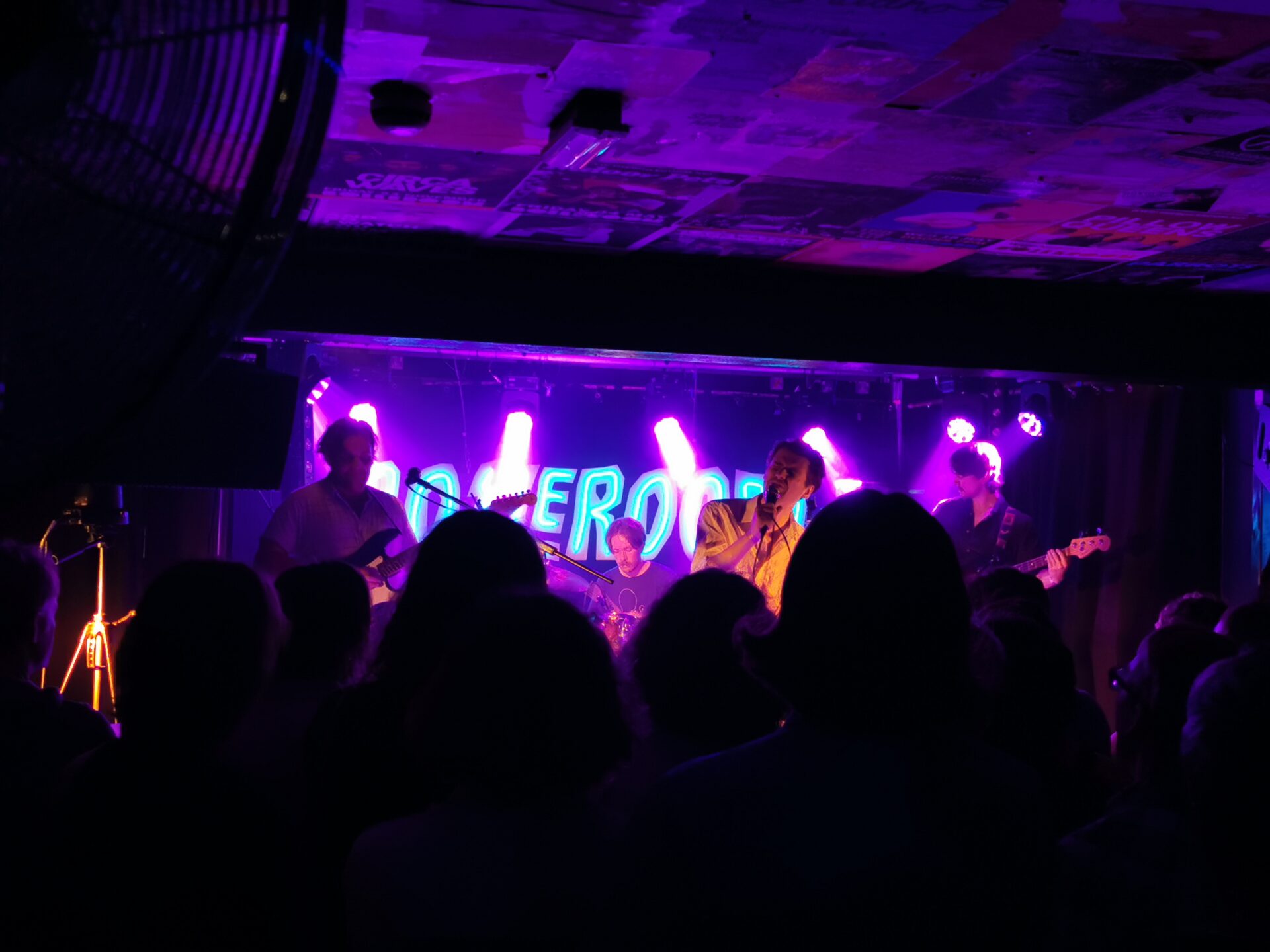 For two of the hype bands of the London scene currently, a tiny sweatbox in leafy Surrey may not be the expected place to begin a tour. Whilst this is Do Nothing‘s tour, it feels more like a co-headline jaunt. Folly Group signed for So Young Records this year, the first for the offshoot of the specialised magazine that combines features on new bands and specially commissioned artwork for each piece. Their small beginnings roster is very impressive, including Lime Garden who also recently played here with Katy J Pearson.

Tonight is opened by Hutch, Brighton “soft psychers” with the emphasis on the soft. Tame Impala have a lot to answer for and this follows on in those very light, barely visible footprints. There’s just not enough substance here, not enough weight. This is only the second night of the tour after so long without live music so the benefit of the doubt is given.

However, Folly Group just blow the cobwebs straight off every nook and cranny that the Boileroom and the crowd possess. What is evident is that the band create their own energy, the crowd are a bit subdued but anywhere in the Home Counties, from Berkshire to Kent and everywhere in between the audience can be a bit lifeless and wait to be entertained and given a reason to lose their inhibitions and let loose.

Their debut EP Awake and Hungry perfectly describes their approach and attitude and it sings. They perform pretty much all the EP and live it is given so much definition. On stage Kai Akinde-Hummel’s percussion and samples explode more so than on their excellent EP. They have been well quoted as saying guitar music doesn’t feature prominently in their influences and here it comes across even more that this is a band making a hybrid of electronic, ska, northern soul and Caribbean music with guitars, bass, drums and percussion. It is an intoxicating mix and makes half an hour feel like five minutes. 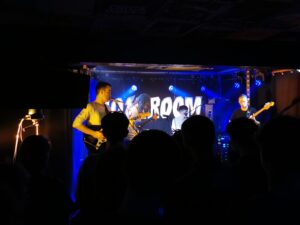 Do Nothing are much more straight-ahead post-punk, sprechgesang. Latest EP Glueland is given an outing besides the final track ‘Great White Way‘ but it feels like there is something missing – like the energy has been sucked from the stage by Folly Group. As you’d expect, the crowd are mainly here for Do Nothing and are more enthusiastic but ironically that isn’t translating on stage, unlike Folly Group. Unfortunately, it all just seems a bit flat.

Frontman, Chris Bailey is one part Julian Casablancas, another Alex Turner and a bit of Jarvis Cocktails thrown in for good measure with the acerbic nature of Mark E Smith and the guitar, bass and drums do their best to create a wall of sound behind him but for whatever reason, it doesn’t quite land. Whether this is the volume (it does seem quite quiet in general but the Boileroom has suffered from noise complaints and were nearly forced to close several years ago) or the mix or if in the studio they can layer sound (Glueland was manned by Tom Rees of Buzzard Buzzard Buzzard who isn’t afraid of some loud and in your face production) but it doesn’t connect.

Naturally, there are those very strange and confused people who have come to a gig and stand around talking very loudly and in such a small venue it is very very noticeable and incredibly irritating. Hopefully, they get the help they need before someone confuses them with a selfish prick and punches their lights out.

Some are clearly feeling their way tentatively back into the live environment but some are box fresh and ready to melt faces.

It’s just great to be back.