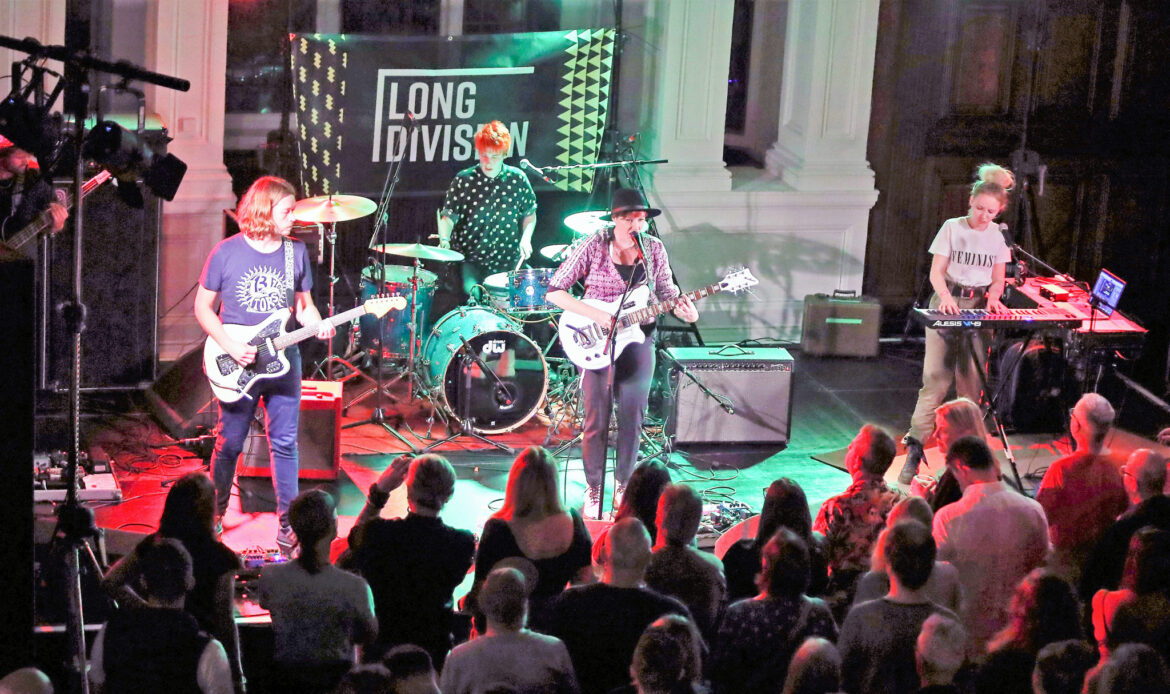 Having started life in 2011, and after the pandemic had pressed the pause button on the world, the Long Division Festival had to wait more than a year and a half to celebrate its 10th annual edition. But after initially postponing the event in March of last year the award-winning metropolitan festival and great champion of musical independence and DIY culture is now once more back in its home city of Wakefield.

Long Division continues to be a three-day event. Friday night sees a special gig in Wakefield’s Balne Lane Club with The Wave Pictures. They are ably supported at this show by the up-and-coming Leeds’ four-piece English Teacher, highlighting Long Division’s longstanding support and promotion of local musical talent. Sunday’s emphasis is firmly on families with a large-scale free event taking place at WX featuring some six hours of live music plus a whole variety of creative workshops and activities. And Saturday still remains the centrepiece of the entire festival wherein a wide and exciting range of nearly 70 different musical acts perform from lunchtime until just before 11.00pm in a number of city-centre venues, all of which are within easy walking distance of each other. 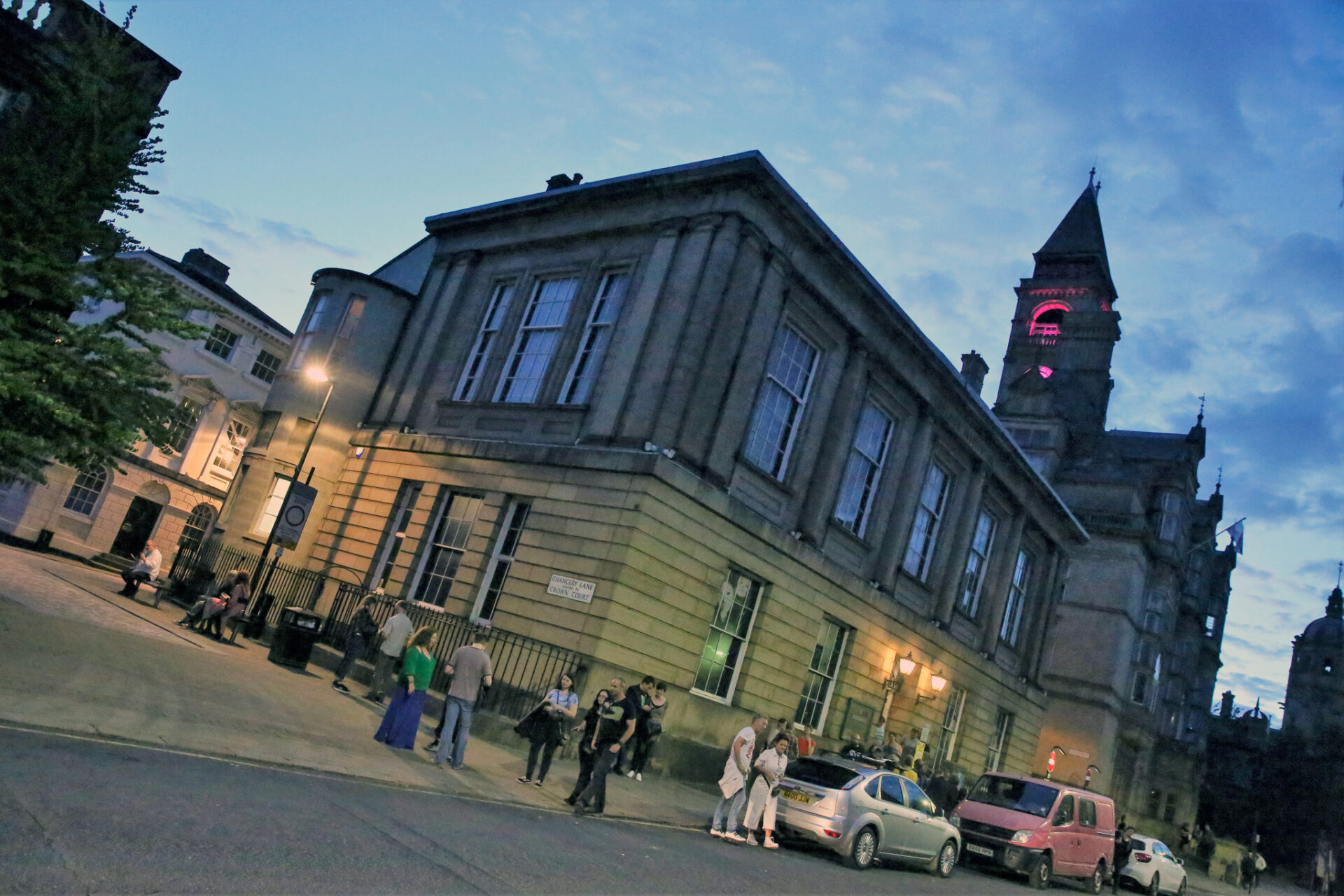 But there have been changes in the interim, not least the actual venues hosting Saturday’s performances. Warehouse 23, for example, and hitherto Wakefield’s biggest live music venue has gone, yet another victim of a pandemic that has decimated large parts of the music industry. Taking its place for 2021 is WX, the city’s former Market Hall and now converted into an 800 capacity event space. There are nine venues in total this year – six, including the impressive Kingswood Suite in the prestigious Grade 1 listed Wakefield Town Hall, which can be accessed with your festival wristband (priced at an incredibly reasonable £30 and understandably long since having sold out), with the remaining three providing free entry. In enabling free entry to large parts of the festival Long Division once more affirms its strong and most estimable commitment to social inclusion.

The Leeds’ five-piece The Golden Age of TV light Saturday’s fuse at Long Division with a suitably raucous and incendiary set on the main stage in WX and it is very tempting to just stay in there for the whole duration such is the consistent quality of the acts who are scheduled to play there throughout the course of the day. But to do so precludes the chance to experience a whole raft of other great acts in a number of equally excellent locations which is surely the very essence of such wrist-banded, city centre events.

Hannah Willwood is a young singer-songwriter from Snowdonia in North Wales who is now living in neighbouring Leeds. With the gentle humility of her songs, she creates the perfect counterpoint in the Velvet cocktail bar to all the noise and mayhem that has just preceded her in WX. Blissful serenity is also close to Mayshe-Mayshe’s musical heart and her quietly off-kilter electronic pop evokes these feelings in abundance shortly afterwards in the majesty of the Mechanics Theatre. And in possession of the most inventive name of the day, Bored At My Grandma’s House quickly complete a trio of Leeds’ acts who are all quietly magical and aspirational in the music they are currently producing. They also provide clear evidence of Long Division’s sterling efforts to tackle the ongoing issue of gender imbalance on music festival line-ups. 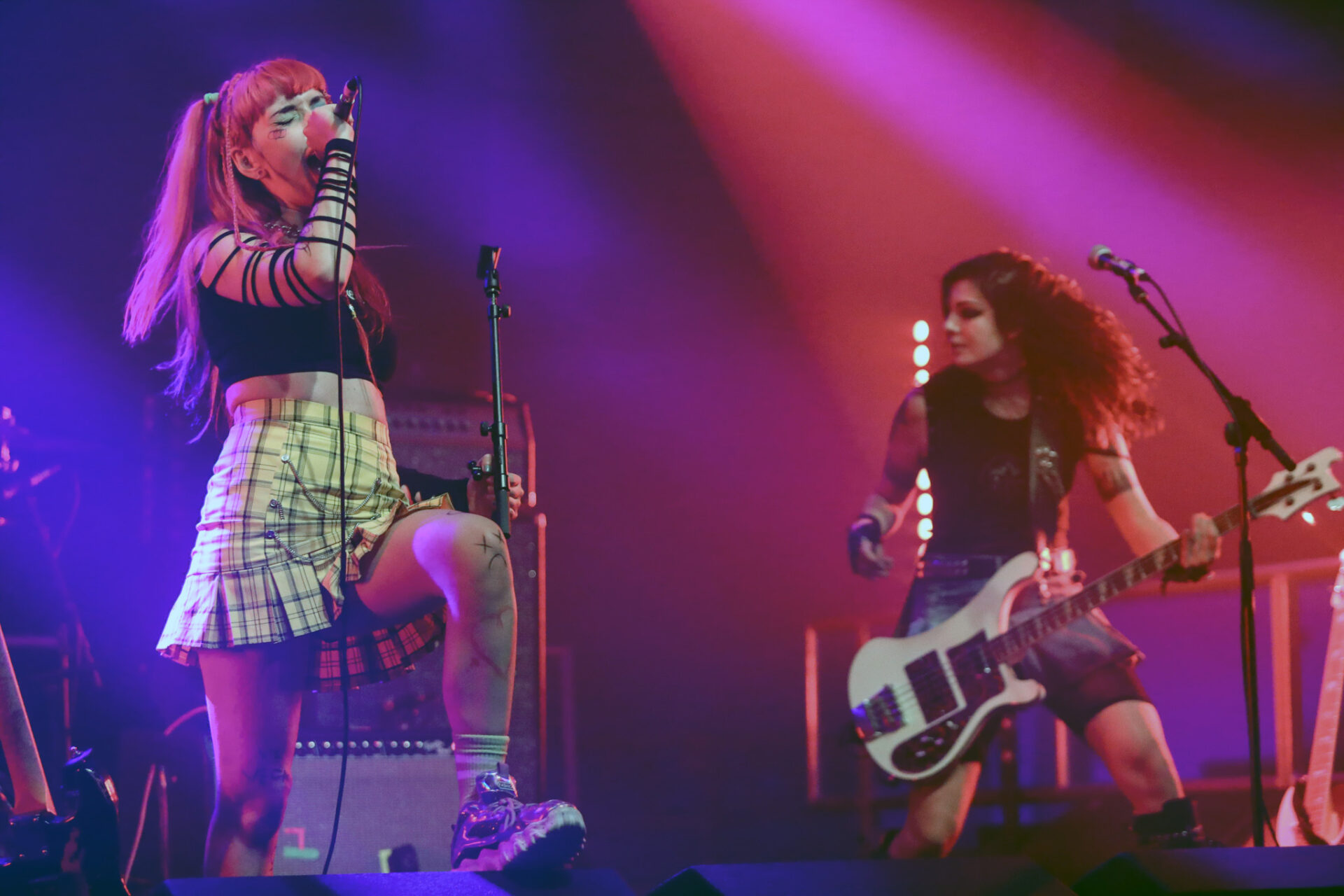 Hands Off Gretel and Jodie Nicholson both add even further to the improved female representation on this year’s Long Division bill. The former stay true to their mantra of never growing up and never giving a shit with a set armed with attitude and intent. They conclude with a riotous blast of Nirvana’s ‘Territorial Pissings’. In another example of delightful contrast, the latter fully embraces the peace, tranquillity and spirituality afforded her by the fine Georgian building that is the Westgate Chapel.

The Hop pub and Ossett Brewery’s first live music venue hosts Wasted Hours, Often The Case and The Pearl Foxes, three bands formed of Wakefield musicians aged 14 to 18 years old who in the months beforehand had worked with professional mentors as part of the enterprising Amplify programme as they prepared for their performances at this year’s Long Division festival.

West Yorkshire trio Knuckle once more take off their gloves and beat us into helpless submission with their powerful take on garage rock. And it is just as reassuring to have those other old friends of Long Division, Brix & the Extricated back here in Wakefield and in what is blistering live action. They may not have played a gig since Rockaway Beach festival in January of last year and until earlier this week had not seen hide nor hair of each other in the interim. They must connect through telepathy then as it feels like they have never been away. Exhilarating stuff. 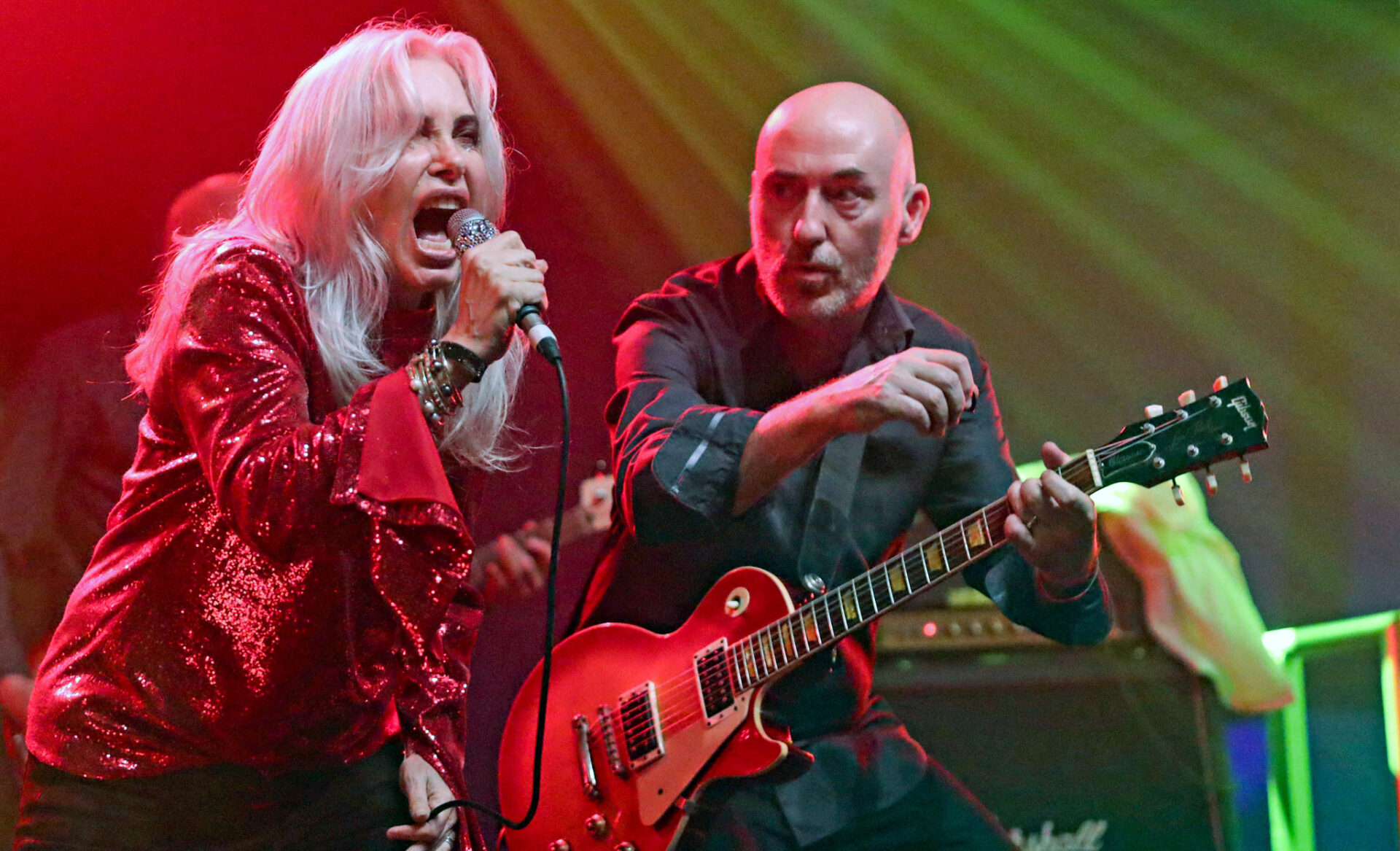 Another band making a most welcome return to live performance is Newcastle’s rather wonderful Lanterns on the Lake. There is also no evident ring rust on their part as the five-piece create a beautifully atmospheric sound with what is now an undoubtedly more muscular heft lying at its very core.  And it also seems that Glasvegas have never been away. Even after all these years ‘It’s My Own Cheating Heart That Makes Me Cry’ is still guaranteed to reduce grown men to tears and their cover of The Ronette’s ‘Be My Baby’ shows that you can replicate Phil Spector’s famous Wall of Sound in a cavernous erstwhile market hall in West Yorkshire.

Roddy Woomble ensures that the pews of the Westgate Chapel are well-populated as he is joined there by Andrew Mitchell on keyboards. Together the two men draw on an obvious friendship and their experiences of lockdown at opposite ends of what was often a most temperamental WiFi connection.

York’s finest Cowgirl continue on their mission to save the world through rock’n’roll and, if anything, sound even better than they did at their debut album launch show in their home city a few weeks back. Guitarist Danny Trew Barton’s recent haircut has clearly not shorn them of any of their strength and energy as they pile on into the late evening capturing all the relaxed tension that exists when Long Division begins to rub shoulders with Wakefield’s regular Saturday night-time economy. Over at the Town Hall, queues are already forming outside such is the attraction of She Drew The Gun. Lockdown has clearly not dissipated any of their burning commitment towards social resistance and the promotion of positive change and equal representation as their music continues to burn fiercely with intensity and indignation. 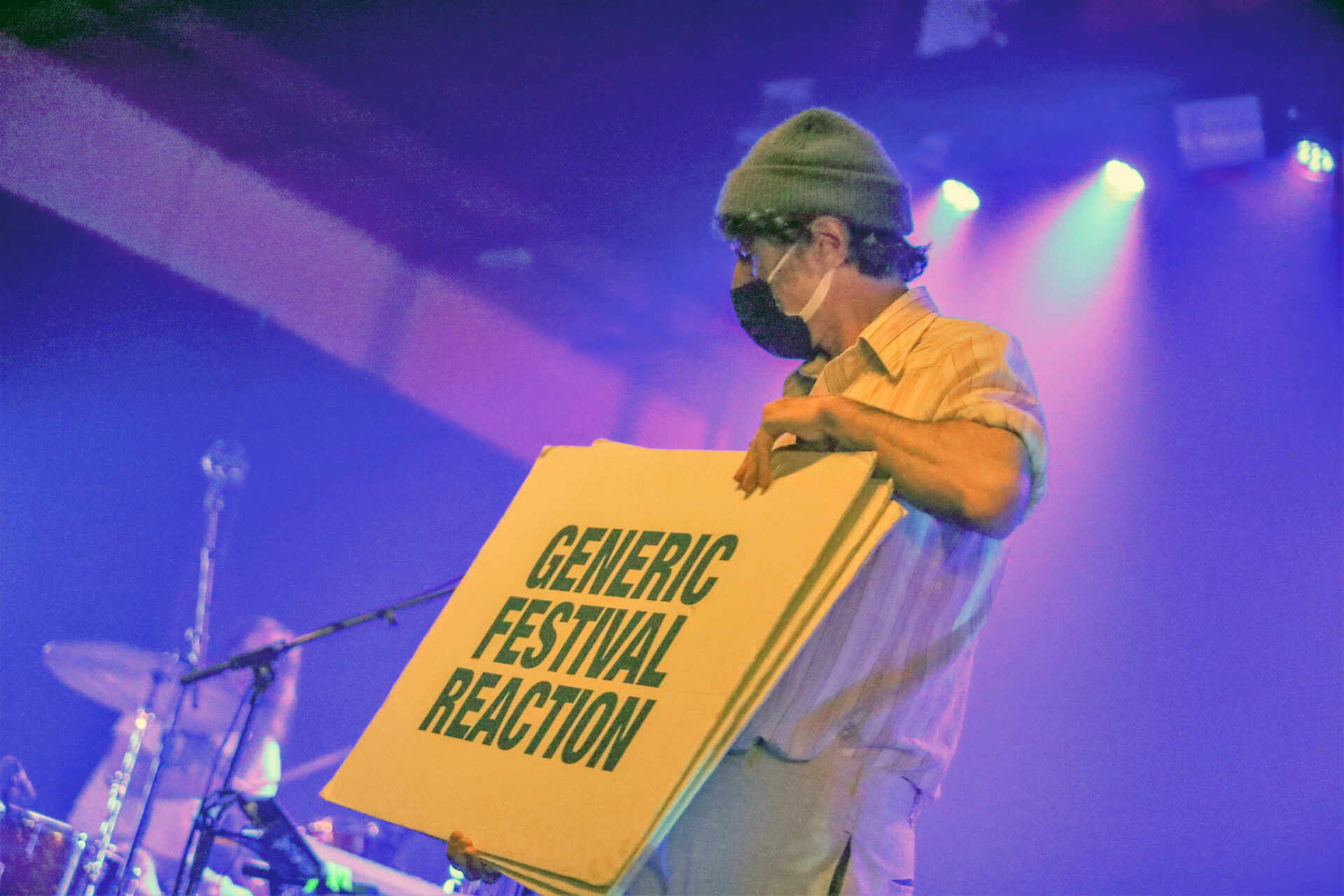 The Long Division organisers have had to face many significant obstacles in planning, preparing and eventually delivering this 10th-anniversary edition of Long Division, not least through the ongoing issues caused by the coronavirus. The choice of suitable venues available to them has been but one difficulty, another being the often-last-minute cancellations by artists for what have been for perfectly understandable Covid-related reasons.  A major line-up change occurred earlier this week, in fact, when the original headliners The Futureheads had to pull out. But step in Gruff Rhys at what really was the eleventh hour. The man is a trouper. And as ever he does not disappoint, accompanied by his full band, including backing singers and Sweet Baboo on bass guitar, he leads Long Division 2021 to the most triumphant of finales.

More photos from Long Division 2021 can be found HERE