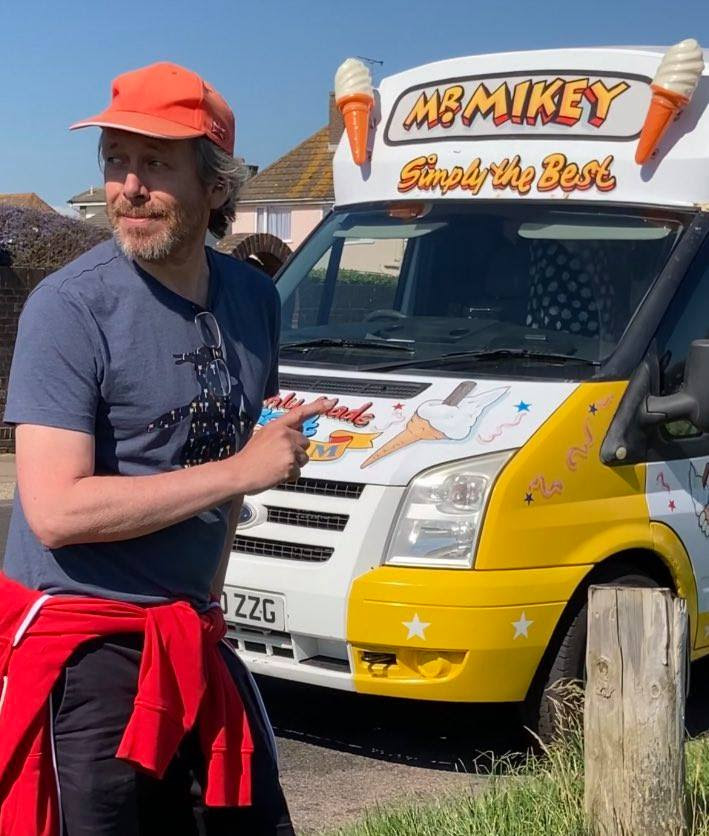 Mr Mikey, the new moniker for the much-lauded David Devant and his Spirit Wife singer Mikey Georgeson, conjures forth a new artistically inspired concept video, ‘Change of Scene.’  This is a taste of the recently released album ‘Simply The Best,‘ the debut from Mr Mikey himself.

Here we see Mr Mikey and fellow band member The Professor walking on a journey of discovery to find the relics of an old monastery, they are absorbed into a gloriously melancholy landscape with only a balloon to symbolise their hope, as the video flickers from black and white to colour, the string gets longer and the balloon flies off into the distance, as it turns a shade of blue as they reach their destination.

Accompanied by a kaleidoscopic maze of art rock pop magic, with sleazy guitars, reverb and feedback fully texturising this meandering, atmospheric and melancholy search for something that might symbolise progress, truth. Their destination is Knepp Ruin, a mystical remnant of a medieval castle via a secret pathway emphasising this fascinating and thought provoking film.

“All my creative output is directed towards shaping ritual experiences that allow expanded awareness to emerge. Sometimes it’s ecstatic but it’s also just about feeling the simple wonder in the everyday. This is what trying to find a Change of Scene means to me.”

The two characters take on a clown like swagger as they merge with the landscape for a moment and a snippet in time and reach this monolith, which represents an arrival and a physical motif – which might take away the pain for a moment, as they transfer their worries metaphysical and physical to this ancient ruin which represents a river of life, of truth and all that has gone before and is to come.