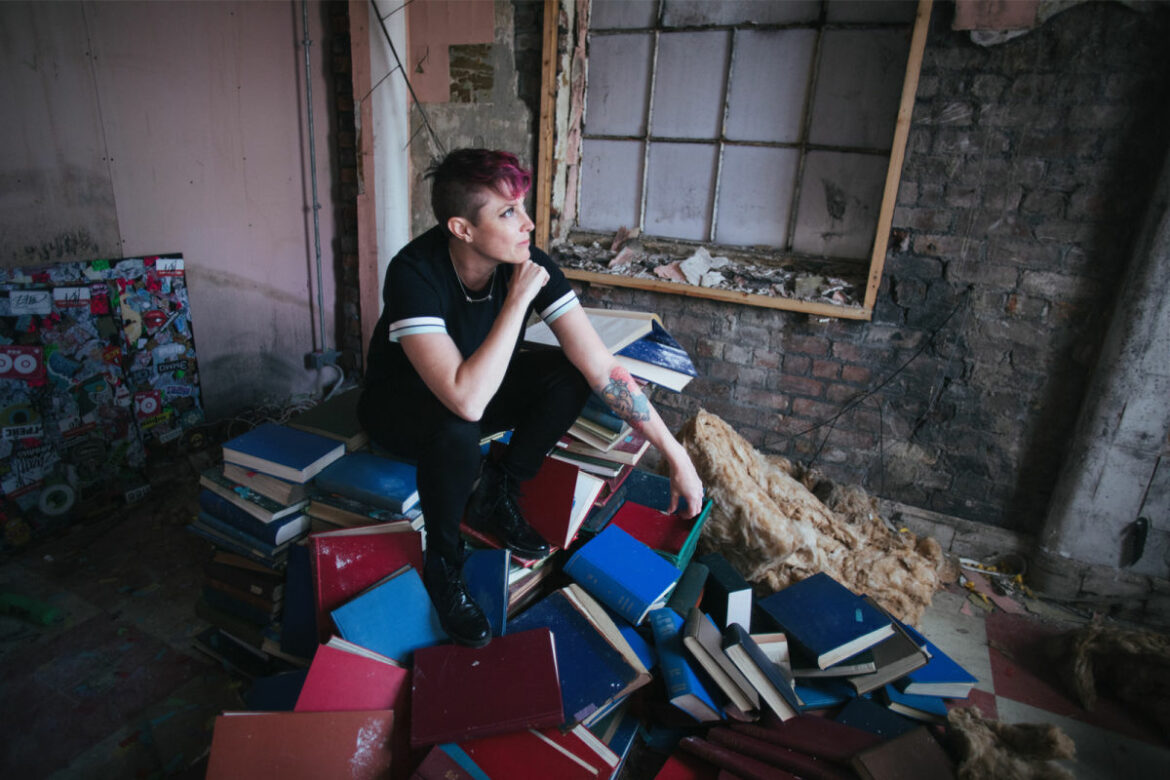 She Drew The Gun were Merseyside saviours towards the end of 2020. A socially distanced show from them in Birkenhead in the October served as a warm reminder of a fuller, more emotionally and creatively nourished life we could have again. It seems eons ago now, the time since crawling at a glacial pace, yet oddly also tumbling on very fast. I chat to Louisa Roach twelve months almost from that night. She’s done yet another decent thing, nationally this time, in  releasing a new album. If anything, ‘Behave Myself’ carries even more attitude than the two long players before it, ‘Memories of Another Future’ and ‘Revolution of Mind’. Railing against the inequalities of the world like you’d expect but even more defiance.  Written during lockdown, Roach, like the rest of us, was restricted, there’s references to walls, prison, cage, and cell, giving away her personal feelings of forced enclosure. But such expressions are bigger than her own physical restrictions. ‘It’s about freedom and  getting out of the things that do hold you back,’ she explains.

On ‘Cut Me Down’ from the record she sings “Dig my heels into the earth cos this is where I stand my ground until freedom flows like water”. The notion of freedom is something that’s got a different nuance to pre-pandemic times, it’s abused by factions now and used to manipulate and cause division. It means different things to different people. For Louisa, ‘it’s a global perspective, because it’s how you can’t really be free until everyone else who’s being held down by the systems that we live in is not being held back. You can’t turn a blind eye to it while other people’s struggles are still going on. Can you be truly free? I think you can have your own sense of freedom in your own life but there’s so much work to be done. So I guess it’s a big question isn’t it.’

Putting it into words in conversation does she admits, sound ‘a bit Disney’ and maybe naive. But ultimately it’s recognizing that we don’t actually have to live the way we are. ‘There’s a better way,’ she repeats firmly, and do you know what? She’s right.
It’s the day after Prime Minister Boris Johnson’s cabinet reshuffle when we talk. Liz Truss is given the post of Foreign Secretary on top of already being Minister for Women and Equalities. So women are ok now as it turns out, equality has won, job done, boxed off. She can tie up loose ends when she’s not doing the Foreign Sec stuff.

Whereas here in the real world every woman and girl is aware of our vulnerabilities and the injustices we live with every day. As I’m writing this, the UK is reeling from the exact details of Sarah Everard’s final hours. If that does not give an example of women’s lack of freedom, then what does? From where we are standing, Minister for Women and Equalities is a full time gig.

‘They keep replacing the people who are absolutely awful and keep replacing them with people who are even worse,’ Louisa observes. ‘It becomes comical and that’s how they get away with it. I think people just give up, going, what are you doing, because it’s just so bad. And the people who are put in charge of these things. their track record is they don’t care about women’s rights.  The new arts and culture minister doesn’t give a shit about the arts, I mean it’s like, it’s quite brazen the way they’re doing it.’
And there’s a concern about wider aspects of our freedom, the reduction of our creative voice.
‘In music, I think there’s less working class feminist voices – and female voices. And it’s only gonna get harder because people just won’t be able to afford to do it so we’re going to lose out on voices that we should be hearing,’ adds Louisa. 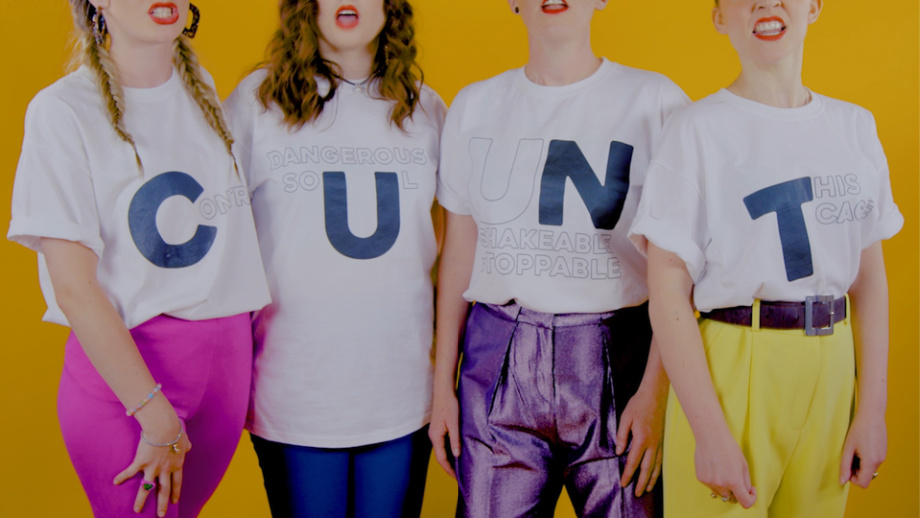 The single ‘Behave Myself’ kicks off at the expectation to conform that women in particular are under. The pressure we’ve lived with for centuries, millennia, is at tipping point right now, she believes. ‘”I will not behave myself”, it means like, you can’t control it. You can’t stop it. These forces are growing and the forces are gonna come and change things. ‘Behave Myself’ is also about the expectations that we have to behave ourselves. You still hear people say “I hate hearing a woman swear”, there’s certainly still things about politeness and femininity and being well behaved.’

The new album is possibly She Drew The Gun at their most danceable, I suggest. It feels like she agrees. Production by Ross Orton (Arctic Monkeys, Working Men’s Club, The Fall, M.I.A.) certainly plays its part but on the run up to writing it, Louisa dived into early ‘90s rave tunes which proved personally addictive.  The band did some demos on trusty Garageband at home.

‘We’ve never constructed a dance tune before. Then with Ross he had all these amazing synths. It was really cool to have the blueprint of the demos, but then go into Ross’ studio and let’s see what comes out with when we use these mad synths!’

They travelled up to Ross’ studio in Sheffield, about six trips in all.  And to top it off, Arctic Monkeys drummer Matt Helders did a remix of Behave Myself.

I mention how it’s going to be really difficult for artists creating work within different disciplines to capture this time without retelling tales of self indulgent misery but with this, She Drew The Gun have made a positive, assertive record. Reminding us there’s more going on than in just our front rooms.

‘It’s got its dark moments but it’s not a sad record. It’s more joyful or firey. I wanted to make a piece of radical, radical music with spikiness to it. Lyrically, i do talk about some dark stuff, how different groups get pushed out by the mainstream and, you know, there’s a lot of dodgy stuff going on, calling out what’s going on, like in ‘Class War’. So it’s just like using different kinds of brushstrokes to kind of paint a picture. Another step on the journey.’

‘Behave Yourself’ is released on 8 October via Submarine Cat Records

She Drew The Gun tour dates: