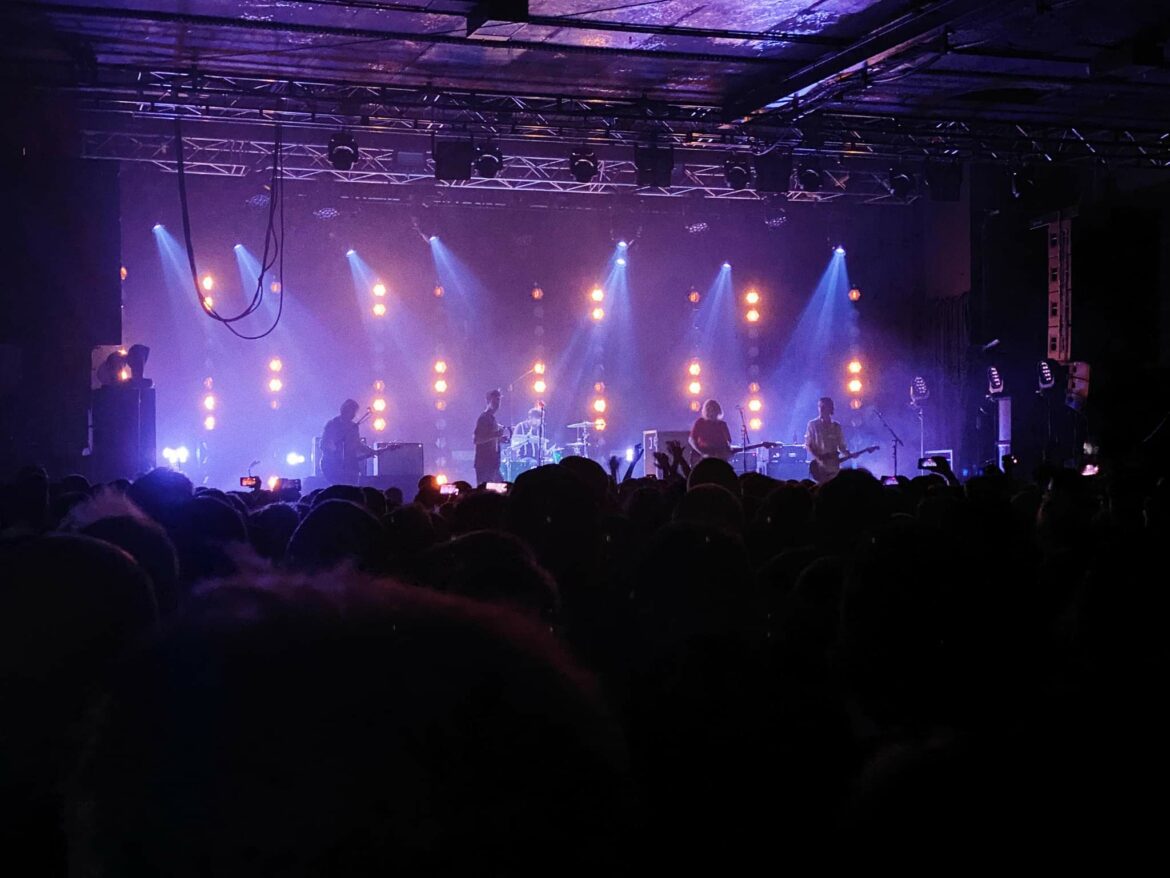 Back in May, Fontaines D.C. were forced to postpone their UK and European tour in support of their second album, A Hero’s Death – the Dubliners proved that they were more than worth the wait on Wednesday night, with a blistering live set at Manchester Academy.

Hidden by blinding lights, the band kicked off proceedings with ‘A Lucid Dream’ – a dark, brooding track that ascends into post-punk chaos. The setlist comprised of a mix of tracks from both A Hero’s Death and their explosive debut album, Dogrel – all of which went down perfectly with the crowd, who were animated from start to finish.

Singles ‘Sha Sha Sha’ and ‘Televised Mind’ saw pints flying in the air throughout, but it wasn’t just the band’s singles and fast-paced tracks that received a rapturous reaction – with a particular highlight of the night being when the band slowed things down a tad for the bass-driven ‘I Don’t Belong’ and ‘The Lotts’.

Another big moment was ‘Too Real’ – eased into the track with a discomforting churn, the crowd were soon surrounded by giant eyeball balloons that kept them busy whilst the track built to its climactic conclusion, with frontman Grian Chatten demanding “is it too real for ya” in the gritty Irish manner that we know and love.

Despite being wildly renowned for their poetic lyrics, the band blazed through twelve songs without saying a word – breaking their silence as they thanked the crowd after blowing the roof of the venue with a rousing performance of ‘Boys in the Better Land’. Bouncy and boisterous with an infectiously catchy chorus, the track not only provides a clue to the band’s political views but also highlights the live-wire nature of Chatten’s vocals.

Short and sweet, the encore consisted of the immersive title track from A Hero’s Death. With “life ain’t always empty” repeated throughout, you can’t help but admire the strength of and realness behind their lyrics – combined with their punishing music and dynamism, it’s easy to see why there’s so much buzz around Fontaines D.C.