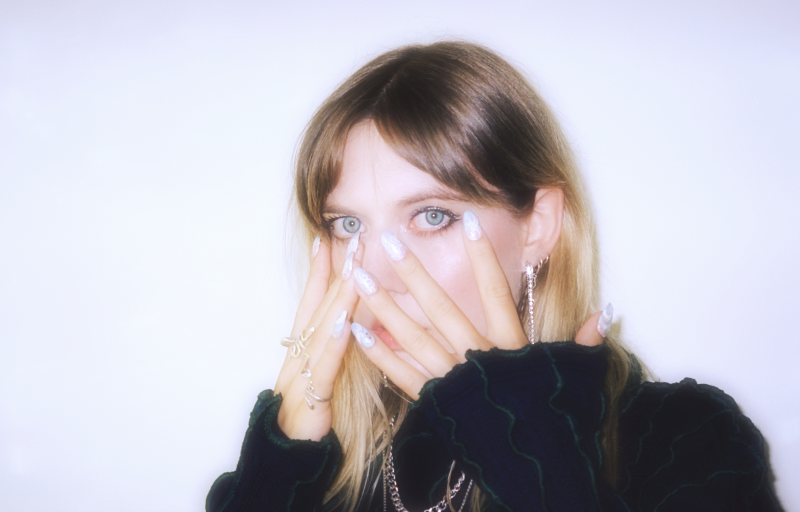 Another week, another choice selection of fresh sounds. Enjoy! Don’t forget to follow our playlist below, new songs added every week:

GRETA – Out of Mind

Why we love it? No, not that GRETA? Danish artist GRETA’s superlative new single ‘Out of Mind’ elegantly oscillates in its own galaxy, sparkling with glistening synth-pop and airless production its underpinned by a keyboard motif, it sounds like a futuristic retooling of ‘80s sound. Rippling with GRETA’s sensitive vocal that sounds like it’s floating around disconnected in a weightless space pod. Pirouetting through pulsing beats and shimmering soundscapes, that puts one in mind of the warmth of Alison Goldfrapp by way of the whispered playfulness of early Grimes. It’s taken from her forthcoming second album, Forever We’ll Be Dancing, landing February 4th on W.A.S Entertainment (Brimheim, Rebecca Lou).

Danish artist GRETA says: “‘Out of Mind’ was actually the first song I wrote on the album. It captures the feeling of losing your mind in a kind of absurd situation, where you feel trapped (to me this was lockdown). The feeling of losing track of time and just being forced to wait on life to happen. I wrote the song during this really absurd state of mind, which made it almost comic and that’s definitely showing in the appearance of the song. ‘Out of Mind’ is reflecting feelings of both longing and hoping for something else.” (Bill Cummings)

Why we love it: Chance encounters can be a wonderful thing, just ask Galway band Punching Peaches.  It resulted in releasing two singles in 2021,  ‘Wristwatch’ and ‘Maggots’.   The trio now give us their new single ‘Billy?’ which was written, recorded and produced by the band.  ‘Billy?’ is a blast from the get go.  Straight into pounding drums and thumping bass.  It’s rough around the edges which believe me is a compliment.  Polished does not work for this genre of music and the caustic vocals perfectly fit the lyrics:

”Where did you put Billy? Did you bury him outside?”

As the song progresses the echoey vocal adds to the slightly dark overtones of the story.  However the pace never lets up, and intriguing by the end the lyric becomes:

“Where did I put Billy?”

“‘Billy?’ is entirely improvised and was written about 18 months ago. Although Jack started with jazz-style chords, there’s a definite Gang Of Four influence in the scratchy guitars. Conor had an idea of a dog looking for its chew toy but subverting audience expectations by making it sound like a killer looking for a body. And it’s the quickest song we have ever written”

By the way, I love it at the end of this track when it appears the record button is still on even though the song has ended.  All the shouting and exuberance at adds an energy which lasts way after the track has finished. (Julia Mason)

Why we love it: Last Friday, Anna Vincent released her debut solo album, Under The Glass, last Friday via the new label Ultimate Blends, which is run by Max Bloom, former frontman of Yuck. To herald the arrival of the album, the east London singer-songwriter unveils her new single ‘Seeing Double’.

Talking about the song Anna Vincent says , “‘Seeing Double’ is about the night my boyfriend and I got together. We met up one evening as friends, and ended the night drunk and in love. It might have been the wine, but after we kissed, I felt like I could see two of him; the person I knew, and a new person too. The next day I wrote down the words, “I’m seeing double but I know you’re the one”. And it turns out I was right. Even with a bit of a hangover.”

For all of the devastation that the coronavirus has wreaked, lockdown did at least give Anna Vincent the opportunity to revisit some words that she had previously written, and these were to provide the foundation upon which she began to develop Under The Glass. Vincent had also been listening to a lot of early 1970’s Laurel Canyon songwriters during this period – artists such as Joni Mitchell, Jackson Browne and Crosby, Stills, Nash and Young – and the romanticism inherent in ‘Seeing Double’ is clear evidence that their music has influenced the forthcoming album. (Simon Godley)

Logan Lynn – Here’s To Us

Why we love it: The Portland songwriter, producer, filmmaker, television personality and activist Logan Lynn unveils another single from his forthcoming album New Money (out 21st January on Kill Rock Stars) and it’s yet another cracker.

Logan says ‘Here’s To Us’ is “a rally cry for me and anyone who has ever felt pushed aside or left out, just for being themselves. To every queer or trans person, to my BIPOC friends and family, and to all of you who feel like you don’t belong anywhere: I see you. You belong here. We can belong together.”

Here Logan Lynn turns down the wick a little and sources a delightfully translucent cosmic vibe, using it to convey his quietly understated rallying cry for inclusivity. (Simon Godley)

Why we love it: The Swiss producer and songwriter Gaspar Narby has just introduced us all to ‘Death & Other Things’, the first track to be taken from his forthcoming EP which is due to be released early next year. And we are very pleased to make the new song’s acquaintance. Now based in South London, Narby here builds upon the creative momentum he has established over the past four years through a series of similarly innovative EPs.

Gaspar Narby says “Creating ‘Death & Other Things’ was an intense moment of self-honesty and vulnerability, a meditation on my fear of growing old and never finding my place and a body-based realisation of my inescapable mortality. It felt like transcribing, rather than writing, in the sense that the song was already there, somewhere, and all I had to do was make it make sense. I was really surprised to see acoustic folk in the verses and lo-fi electronics in the choruses cohabiting within this one song.”

Written by Gaspar Narby on guitar and using that instrument as its firm foundation, ‘Death & Other Things’ may well be a marked departure from the electronics emphasis found in his earlier work, but the new record still retains those key elements of personal transparency and deep reflection. (Simon Godley)

Why we love it? Gentle, wistful and dreamy, alienlover deceptively unfurls into a comforting fantasy narrative given voice by Gracie Gray‘s plaintive vocals, her wonderful wisps of melody spiralling through this illuminating slice of evocative bedroom indie-pop.

According to Gray : “alienlover” is related to a narrative I created that was inspired by a dream. The idea is that an alien could fall in love with a woman but knows it cannot be with them. It watches her life on earth from above, sending her signs of its presence. The alien communicates its adoration for her by sending down art for artists to see in their mind and create, whether it be a song, dance, painting, etc. The woman experiences certain art throughout her life and knows it’s for her. She feels loved and seen, but isn’t sure how or why.”