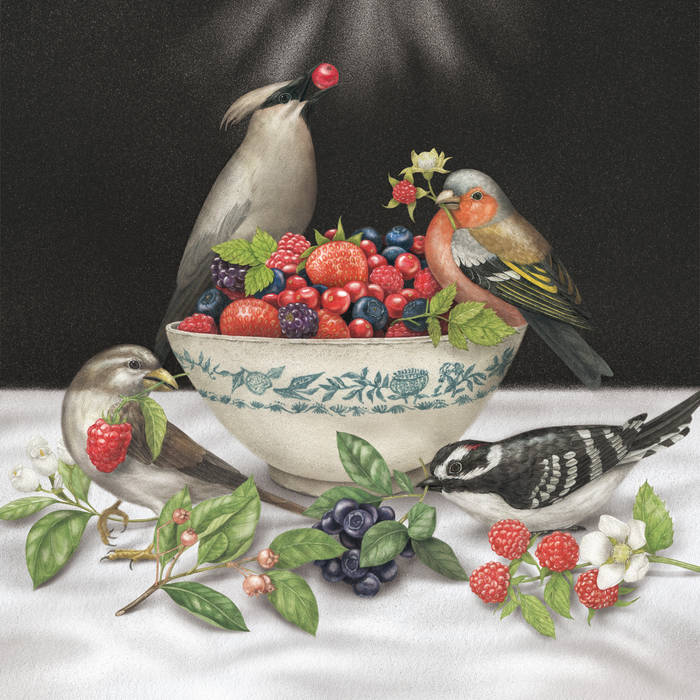 Any thoughts that a band hailing from the land of the setting sun was something that should be left for the next man, as it was either too quirky, just too leftfield or hardcore, should be dispelled. Or at least that’s what I found I was telling myself as I embarked on reviewing Tokyo’s Sparrows (Why? There are LOADS of great Japanese artists – Albums Ed). Ryota Miyake is one-half of electro-meisters Crystal, and the frontman of this new project, in which 13 quite delicate tunes are brought before his audience. Was this something that was going to warm to me? Or would hardcore quirkiness rule the day?

Ryota starts this album with a brief instrumental tune as his launch-pad to this somewhat (ok) quirky affair, and clocking in at only 46 seconds, really is just an aperitif to what will come. After this introduction comes that sun, although rather than setting, it is most certainly rising, and with quite an incredible light. If you are familiar with Stephen Duffy, yes of ‘Tin Tin’ beginnings, then the next tune, ‘Gold in the Tide‘, certainly pays homage to the later phase of his musical career, and with a fast driven melody and dreamy vocal from New Zealander Fazerdaze, really speaks and will leave you wondering just where the quirky is? Answer: It’s nowhere to be seen or heard!

Another instrumental,’Moon‘, follows – a full-blown tune, almost one of a sixties pretence, mini skirts and swinging sixties abound. The hook from a short run of notes coming from Ryota’s chosen instrument, but where are the vocals? This is answered as ‘Dreamy Puzzle‘ comes into earshot, featuring Julian Mayorga on vocals and, true to word, this is quite the dreamy affair, sung in Julian’s native tongue, Spanish, as a quite perfect use of melody and rhythm played through.

Miyake has mentioned that he wanted to travel like science fiction on ‘Berries‘, and using a combination of minor keys, his native melodies and the non-English vocal palette I think he’s certainly achieved that. The mid-point on the album sees ‘Dizzy Jazz‘ strike up and if you think of some of the strange scenes that David Lynch conjured in Twin Peaks, then Ryota has once again, maybe unwittingly paid homage. Then ‘On Air‘ almost sees a similar vein to that of a Beatles tune from perhaps 1967 onwards, although this time sees the daydreaming vocals of Casey MQ taking this role.

Maybe the downside here would have to be the ease in which the artist slips in instrumentals, which are perhaps a little too similar to the next, and had this album featured more tunes like ‘Gold in the Tide‘, it would no doubt have been a storming release, although I
guess had that been the case then it wouldn’t have been this album…

As a proving ground, this collection of songs is a fine release and takes in many influences to cross the finishing line, like for example the Peter Frampton nod I could hear in the penultimate tune ‘Home‘, just with a more chilled vibe than Frampton in his heady days. One parting thought, Ryota – the moustache, longer hair and sideburns do your image justice and feel it is something certainly worth pursuing, if ‘rock star’ is something you want to be?

Berries is out now on FLAU.