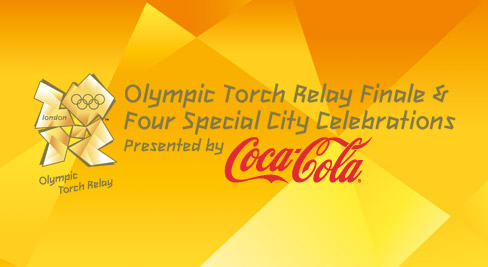 Artists including Dizzee Rascal, Labrinth and Emeli Sandé will be performing in four Coca-Cola concerts along London 2012 Olympic torch relay route, culminating in a Hyde Park gig on 26 July – the day before the opening ceremony.

Coca-Cola is helping to bring the Finale event of the London 2012 Olympic Torch Relay to London’s Hyde Park on Thursday 26 July 2012.
At the event you’ll be able to enjoy extended live performances from some of the UK’s biggest bands, like Dizzee Rascal, You Me At Six, Wretch 32,  The Wanted, Mark Ronson and singer songwriter Katy B and many more.
The celebrations will mark the journey of the Olympic Flame as it travels around the country and will also honour the achievements of local Future Flames– inspirational teens selected by Coca‑Cola to become Olympic Torchbearers for London 2012.

Kicking off the first of four free music concerts, which mark the day when the torch visits those cities, is the event in
Cardiff on 25 May, followed by Glasgow on 8 June, Leeds on 24 June and Birmingham on 30 June.

Tickets for the London date are charged at £15 per ticket plus order processing fee.
For more information and tickets click HERE. 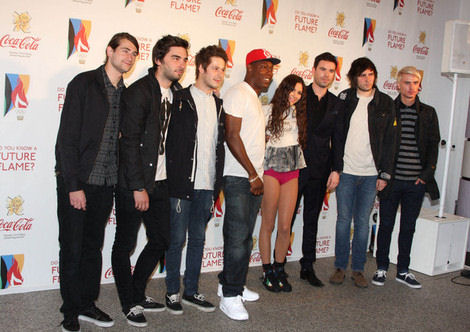