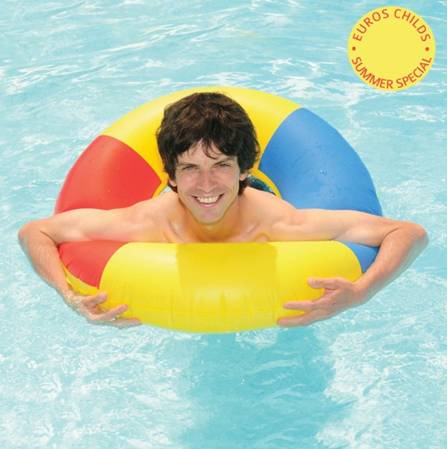 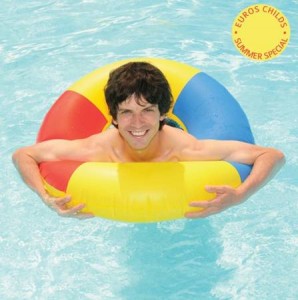 In the mid-1990‘s, Euros Childs was the teenage frontman of Peel Show stalwarts Gorky’s Zygotic Mynci. That much-loved band were renowned for their unique ability to reach beyond the confines of their own times and tap into the unfettered pastoral spirits of such then-neglected maverick forebears as Kevin Ayers and Robert Wyatt. Two decades later, Euros Childs has become just that kind of inspirational figure himself.

Additionally, in the last 3 years, Childs started his own label, National Elf, which has seen Childs turn his liberation from label obligations to listeners’ advantage with a thrilling surge of creativity. A work-rate that makes Damon Albarn look like Scott Walker has seen him follow up 2009‘s amazing Son Of Euro Child with the visceral Kraut-rock carnage of 2010’s Face Dripping, the exquisite piano/vocal melancholy of 2011’s Ends, and the collaborative electro-pop breakthrough (imagine a no-budget psychedelic Pet Shop Boys) of 2012’s First Cousins – the debut album by spin-off duo (with Euros joined by Race Horses’ Meilyr Jones) Cousins. All is brought full circle by Summer Special – a gorgeous return to the slanted and enchanted pop Childs first made his name with. As he explains, “Because I feel I went somewhere new with the last 3 solo albums, that’s enabled me to get excited again about making a more straight-ahead pop record, so that’s what Summer Special is”.

This new more approachable style was signalled by the current single “Spin That Girl Around” – a full-band version of one of Ends‘  numerous piano-vocal gems which was the most requested session track in the history of 6Music’s Marc Riley Show on first broadcast in 2009. And the August release of Summer Special will find Euros Childs returning to the sunlit uplands of some of his most blissfully untroubled songwriting. As befits an album made “under the influence of becoming a Gilbert O’Sullivan convert on the island of Jersey in 2010”, the mood of Summer Special runs the gamut from the carefree Welsh language pop of ‘Clap a Chan’ (“It’s a song about music, whose title translates as ‘Clap and Sing’ – ‘A song in g, a song in d… a song on the table for breakfast’”) to the substantially more wistful ‘Pictures of Summer’ (“It’s about someone whose life is consumed by creating. It could be any art-form, but I went for painting”). And if this deliciously light and airy smorgasbord piques your appetite for something a little heavier, earlier National Elf releases are all still available – either as “pay if you want” downloads or beautifully packaged CD’s from www.euroschilds.com  – all copies of which have been delivered by post or hand.