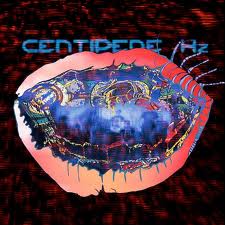 Animal Collective is probably the perfect band for the modern age. In an era when image and attitude is not important when producing technologically-driven music, Dave, Noah, Brian and Josh are still able to walk down the streets of their native Baltimore unnoticed such is their anonymity. They can therefore sit in front of their computer screens, tweaking knobs, pushing buttons and just concentrate on making Animal Collective and Animal Collective related music without ever having to worry about the question of their identity. Even given the acclaim heaped upon their last studio album Merriweather Post Pavilion and the bigger wave of publicity it provoked, I am sure they still managed to ride that surf from being super geeks to nearly major dudes without ever being recognized.

So what is that you do when you are thirteen years into a collective career characterized by experiment, innovation and progression and have suddenly begun to flirt dangerously with mass appeal? Well, you go back to Baltimore and live there together for the first time in years, get Josh Dibb back into the fold after a long sabbatical from the band and in marked contrast of a return to such familiarity you smash the mould of what has just gone before. You kiss goodbye to Merriweather Post Pavilion’s defining esoteric transcendence and reassuring ambience and you unleash the beast of Centipede Hz with only radio transmissions as your compass and space exploration as your goal. That is what you do.

“This is the news” announces the opening clatter of “Moonjock” as it rumbles out of Animal Collective’s brave new world and immediately you are jolted into their changed flight path. Breathless and exciting it is also at one dark, disturbing and dense, nothing that the previously premiered single and ensuing “Today’s Supernatural” does to change. Vocals given the full Captain Black-on-helium treatment merely add to this frighteningly relentless discord, as sequencers crash around you like falling meteors. The older analogue whirr of “Rosie Oh” initially comes as something of a blessed relief, though it is only after repeated plays that this remarkable voyage of continuity starts to make a much more perfect sense.

Reflecting upon Centipede Hz, Dave Portner spoke of listening to Stockhausen prior to its recording and on “Applesauce” you can perhaps detect his influence, not so much in the textured electronic rhythms of the song’s neo-classical melody but more in the spaces that are left between.  This isn’t so much the sound of The Mysterons as what Brian Wilson might have delivered had he ditched the grand piano from his 60’s sand-pit, had a phalanx of synthesisers parachuted in and then force fed the results through a huge sequencer.

It doesn’t all work quite so intensely or indeed so well. “Wide Eyed” and “Father Time” whilst realising their very own strange yet quaint atmospheric beauty seem to be almost inconsequentially at odds when located in the wider context of Centipede Hz’s much more expansive, glittering new Milky Way of sound.  But when it does work as it most surely does on “Monkey Riches” the effect is nothing less than staggering.  Suddenly you are right back on Animal Collective’s astral odyssey going to some faraway sonic place that is light years beyond the moon and stars, finally coming to rest at a point somewhere close to the elliptical, hallucinatory stroboscope of “Pulleys”. That point lies at “Amanita”, the album’s concluding song, possibly in some futuristic far Eastern paradise and realised as the soundtrack to a Blade Runner remake.

“Is tradition holding regularly in this town?” Animal Collective ask of themselves on “Amanita”, as if questioning the normality of their lives in Baltimore. “If it’s going hiking then I’m going hiking” is their reply, seemingly satisfied with the place and the external conformity that it affords them. What they omit to add is that on Centipede Hz they have actually hitched right round the galaxy of further sonic exploration and taken us with them on one absolutely glorious interstellar ride.