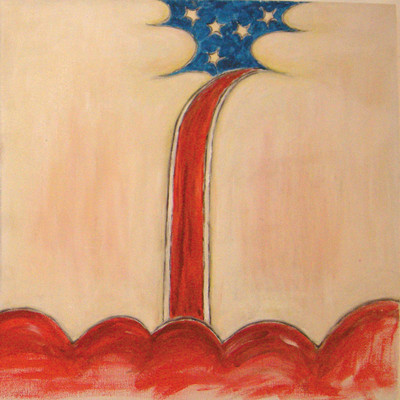 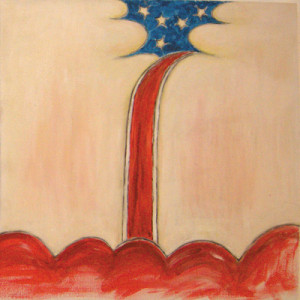 From the old world to, the relatively, new, Josephine Foster swaps the folklore traditions and fables of Iberia for a, “heteronym”, based, “story within a story”, set on the palatial plains, deserts and prairies of Colorado: named after its red-coloured silt carrying river, the Rio Colorado, by early Spanish explorers.

We are invited to join Blushing, the veiled alter ego of Foster, as they wander across a mythical western movie imbued landscape – the breathtaking vistas and inhospitable wilds of directors such as, John Ford, Henry Hathaway and Anthony Mann can’t help but flicker in my subconscious – that duplicitously harks back to a bygone age yet chimes with the eternal theme of belonging, and with the affairs of the heart.

Despite the atavistic yearnings and high-minded articulate concepts, Foster’s polygenesis spread of recordings always result in a warm and engaging experience for the listener, whether it’s bringing to life the authentic classical tales of a centuries-wide Spanish songbook – Anda Jaleo and Perlas LPs – or when channeling the “reservation” generation on this latest album, Blood Rushing.

That Spanish influence and flavor is once again called upon with Foster’s musical partner and bode, Victor Herero, adding an adroit flair of flamenco and New Mexico bewail to the accompanying exotic mix of sub continent India instrumentation and Woodstock country balladry, performed by the able triumvirate of Paz Lenchantin (The Entrance Band), Heather Trost (A Hawk And Hacksaw) and Ben Trimble (Fly Golden Eagle).

The peregrination trail begins with the Jaw harp springy scene setting, Waterfall; Foster’s operatic warbling dictations gently wafting from a Bakerlite radio. Graciously the wagon saunters across the Panorama Wide, our leading lady informing us of her spirited heritage, “I was born a fiery child, in a panorama wide”, as the music paints a dusty picture of, “the great divide”, and cowboy matinees.

The title track is itself, both a pining soliloquy that reintroduces us to Foster’s protagonist, Blushing, and a reminder of the albums emotional ties to the colour red; present on every level, from the 38th states very soil to the myriad of lyrical and visual references to it.

Congruously brought together, this folksy western suite is lightly piqued by the blissfully enchanted, Child Of God.  Part lamented litany, and part social commentary; Child Of God is an allegorical Native Indian swan-song – “The city is a reservation, and the tribe is on its knees” – as performed by a Buffy Saint Marie fronted Creedence Clearwater Revival.  However, the most awkward spike in this harmonious “ballet chanté” comes from the gnawing mangle of wires and frayed strings chaotic, Geyser. Played in a feverish manner, Foster squeals and shrills over a demented avant-folk backing track like a listless PJ Harvey.

Foster evocatively brings the pioneering tumult era of America back to life; taking the Hispanic rich landscape on a tour through the last two hundred years, with varying degrees of success.  Blood Rushing is another feather in the cap for the chanteuse, and her second release of the year to make my 2012 list of highlights.