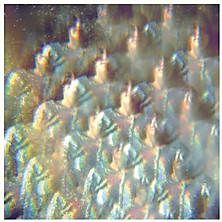 Take three girls who now suddenly find their collective star in the ascendency.  Two years and a couple of Extended Plays on from their nascence, Merseyside’s most recent Three Graces release their debut album and courtesy of Into The Diamond Sun’s eleven songs manage to relocate a musically distant past firmly into the present. Becky Hawley, Emily Lansley and Lucy Mercer are their names and armed with a small arsenal of instruments and their deceptively beguiling three-part vocal harmonies they could well be looking to lay siege to that literal no man’s land populated by the families Pierce, Staveley-Taylor and Unthanks at a point where ancient folk meets the psychedelic popular song.

In the cross-hairs of their ambition might lie anyone else from Natasha Khan to Coco Rosie, as they absorb such influence and inspiration through a process of musical osmosis that seems to defy time itself.  Sometimes twee, trite, irritating and occasionally uneven in its distribution Stealing Sheep’s music is still never anything less than interesting and when at its best as on the inspired “Rearrange” it hangs suspended quite beautifully somewhere between tradition and the zeitgeist.  As these three girls skip down the road to either niche stardom or oblivion you do sense that only their second album will properly tell us where their destiny lies.