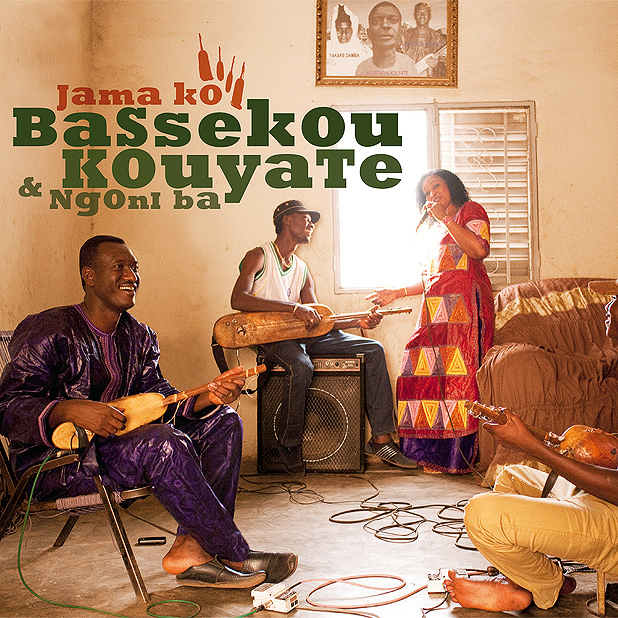 “There are over 90% Muslims in Mali, but our form of Islam here has nothing to do with a radical form of Sharia: that is not our culture. We have been singing praise songs for the Prophet for hundreds of years. If the Islamists stop people music making they will rip the heart out of Mali.”

In an agitated state at the best of times, Mali’s tempestuous stability is once again perilously tested with both recent, and unfolding, events.

Though an age-old problem, the autonomous disputed northern ‘Azawad’ – mostly made up of Saharan desert – region of the country is now the latest front in an international conflict between ideological extremists and the West; one that’s shifted the focus away from Afghanistan and Middle East towards North West Africa.

What may have began as a localised rebellion by the native Bedouin Tuareg – used as mercenaries by the late Colonel Gaddafi; still armed to the teeth and trigger-happy – to ‘liberate the Azawad’, is now a full-on campaign to gain control of the whole country, if not eventually, Mali’s neighbours.

Although followers of a strict Muslim code, the Tuareg’s cause and fight has been hijacked by various Islamic fundamentalists, already causing mayhem in the synonymous sub-Saharan ‘Maghreb’ – namely the Ansar Dine and Al-Qaeda. Forcibly imposing a tyrannical form of Sharia Law in their drive south, this loosely held together militant movement threatened to overwhelm Mali’s government forces, and reach striking distance of the capital, Bamako – nestled far south.

Active in the adjoining sands of Algeria – itself a region that’s been tested by civil war and terrorism – with escalating tensions in the north of Nigeria, Mali’s former colonial rulers, France, have stepped in to halt the rebels progress and restore government control to the disputed territories. For better, or for worse, this intervention has stemmed the tide and brought the incursions southwards to a stalemate. However, in just the last week we’ve seen the ‘In Amenas’ hostage crisis, which may or may not be a direct consequence – the juries out on this one, an operation on this scale betraying signs of long term planning – of France’s involvement: We’ve even heard from disenchanted separatist Tuareg’s, distressed by their forced upon partners, now welcoming France’s intervention, in the vain hope that they will clear out the ‘nutjobs extremists’ from the region and recognize their autonomous state.

Muddying the waters even further, as a prelude to this situation, a military coup in early 2012 overthrew the then president, Amadou Toumani Toure. Citing Toure’s failure in quelling the original Azawad rebellion as a precedent for his removal, the army’s leader, Amadou Sanogo seized power after taking the capital – Sanogo did step aside to allow a succession of acting Prime Minsters (the first, later arrested by the Sanogo’s regime) to take the reigns, though no one’s in doubt as to who really controlled the government.

It was under these conditions that the celebrated ‘ngoni’ (a West African stringed instrument comprising of a wooden body and dried animal stretched skin) player Bassekou Kouyate found himself recording his latest album Jama Ko.

‘Politicized’ by accident, Kouyate’s music was much admired by the former president, whose fall from grace coincided with day one of recordings.

Despite enforced curfews, power shortages and major instability, he felt compelled to strike-up the ngoni, plugging it in to his distorted amp via a wah wah pedal, in a show of unity.

‘Jama Ko’ itself translates as “a big gathering of people”, a gesture of tolerance and peace in tumultuous times, which Kouyate hopes will go someway to unifying the cultural spirit of his homeland.

Acclaimed not just in Mali but on a global stage, his debut album Segu Blue, and Grammy nominated follow-up I Speak Fula both attracted critical success, whilst recent appearances on Nonesuch Records’ AfroCubism project, and the Africa Express showcase have brought attention to one of ngoni’s most accomplished practitioners.

Highly articulated, adroit and at times feverish, Kouyate’s bedazzle strokes arc between attenuate meditation and blazing solos: at times so rapid as to be a furious blur.

Whether exalting harmony or singing the praises of Mali’s more stoic historical highlights, Kouyate is joined by a cast of equally accomplished and revered artists and family members, including his two sons, Madou and Moustafa – the latter not only lending his name to the album’s closing dedication, but penning it too.

Fellow Mali compatriot, the sweet-voiced Kasse Mady Diabate, accompanies him on the Latin-tinged Bedouin song, ‘Sinaly’; a reference to the 19th century Bamana King, celebrated for his resistance to the Islamic hoards, now soulfully resurrected as a present day example of defiance.

Further collaborations include the tripartite call for peace, ‘Kele Magni’, which features Kouyate’s wife Ami Sacko, and the quivered vibrato of ‘The Nightingale of the North’, Khaira Arby: a most mesmerizing performance.

Not so much a vocal duet – bar the odd grunts and snarling growls – Kouyate shares the stage with ‘Delta blues boogie’ patriarch, Taj Mahal, on ‘Poye 2’.  Ponderous and lumbering, the pair stride the desert landscape like stalking beasts; flickering and bending notes as they appreciatively eye up each others licks: Taj maybe a long way from home, but his ‘Statesboro blues’ style settles down perfectly with the contrasting tribal Mali vibes.

The ranks of Kouyate’s ‘ngoni ba’ christened band, have seen some changes with the talented “ngoni ace”, Abou Sissoko, and – on a trio of compositions – the respected Bamako born multi-instrumentalist, Zoumana Tereta (Krinyani, Soku fiddle, Bonfile flute), both on board.

Entrenched in the sounds of North West Africa, Jama Ko was also host to influences outside the continent. Montreal-based producer, Howard Bilerman (Arcade Fire, Godspeed) helped record the LP in Mali, before whisking it back across the Atlantic to co-produce and mix in Canada. Bilerman also brought in the talents of the Barr Brothers (Brad and Andrew) on guitar and drums, and Mocky Salole (Feist, Jamie Lidell) on string arrangements and additional drums.

The added production has given the Mali sound an extra ‘oomph’ and charismatic, sonorous resonance, without stripping away the ethnicity or original sound palette.

‘As we go to press’, so to speak, the Islamist forces have been held in check, even pushed back. How this all eventually pans out (the fall-out from Algeria’s calamitous hostage rescue), is anyone’s guess, yet the real hope lies with the creative voices and musical aspirations of, not just Kouyate, but all of Mali’s artists. For all our sakes, we need their message to win the day, which this album delivers in droves.