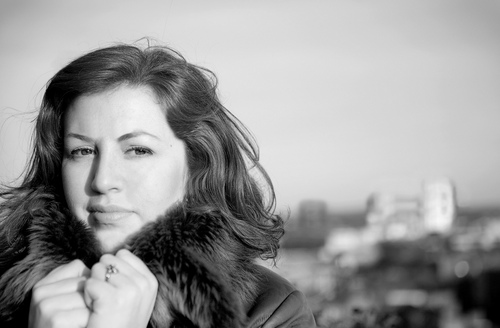 As I am writing this Jeanie Finlay is in Austin, Texas, promoting her new film at SXSW Festival. She sent me this interview from the airport lounge just as she was about to board the plane. For that, I am forever grateful. Most of you may have heard from her from her brilliant film ‘Sound It Out’ documenting the last record store in Teesside, and all that inhabit it. Her new film ‘The Great Hip Hop Hoax’ has been causing waves already.

“Californian hip-hop duo Silibil n’ Brains were going to be massive. No one knew the pair were really Scottish, with fake US accents and made up identities. When their promising Scottish rap act was branded “the rapping Proclaimers” by scornful A and R’s, friends Billy and Gavin reinvented themselves as LA homeboys. The real deal. The lie was their golden ticket to a dream life. With confessions from the scammers, insight from the music execs they duped and doodle reconstructions, the film charts the rollercoaster story of the highs of the scam and the lows of madness and the personal toll the deception took. A film about truth, lies and the legacy of faking everything in the pursuit of fame.”

Described as a serious and meticulous filmmaker, Jeanie also brings great pathos and humour to her films. Laughing with the people she covers, but never laughing at them. Hers is a unique style, that brings out the best in Independent British filmmaking today. I talk to her about her influences, the state of the British Film Industry, and her latest projects.

When and how did your journey into film making start?

I made artwork and wrote music for many years before I ever picked up a camera. the conversations I had with people as I photographed them were more interesting than the images so I decided to start filming them. A maverick commissioner at the BBC commissioned a 60 min film (Teenland) off the back of my artwork and a 10 min film. I’ve not looked back.

Who were your inspirations growing up and….now?

When I was about 10 we had to write an essay for school entitled “my hero”. Most of the girls in my class wrote about Lady Diana and her flicky hair. My essay was about Kenneth Williams. I was kind of obsessed with him and what I saw as his arch wit.

I loved John Hughes films and Andy Warhol and my best friend’s sister who was a goth that looked like Souixsie Soux.

Now… I really admire filmmakers or artists who follow their own path and make bold work. I adore Kore-edo, John Waters, Powell and pressburger, and have been known to ask What Would Dolly Do?

How do you choose what subjects/people to cover…or do they come to you?

My films usually start as a very personal response to something or a notion that catches me out of the corner of my eye and once I’ve seen it I can’t shake it.

Teenland, Goth Cruise and SIO are all hugely personal and connected to my life in one way or another. TGHHH was something I read about but I kept thinking about my (Scottish) father and the improbability of him ever sacrificing his “Scottishness”. Orion was triggered by my husband buying a mysterious record at a car boot sale with a masked man on the cover.

Sometimes, when I’ve spotted something with potential I start looking around to see if everyone else is seeing the same thing too!

I’ve noticed that you film people that much of society might consider ‘outsiders’ [Although I certainly don’t see them as such] Is there a particular reason for this?

I’m interested in telling small and shy stories. I sometimes feel like a shy person in the role of an extrovert, as a filmmaker. I’ve found a way of connecting with an audience – a film can make a very small and intimate story accessible by thousands, but without the need for shouting.

I really enjoy interviewing people who have never been on camera before and might see themselves as unlikely contributors. Who really wants to hear from someone who wants to be in a film?

One of my favourite films [so far] has been of course…. the Sound It Out documentary. How did that all come about and why do you think it has struck such a chord with people?

I grew up with Tom and SOUND IT OUT records is in my home town. I was spending a lot of time up north – my Mum was going through chemo at the time and the shop offered me a real haven. I looked around and realized that it was a haven for everyone else in there. After a few years of joking that I was going to make a film I did just that, staying in my old bedroom at my Mum & Dads and spending lots of time in the shop.

It was the first time I’d filmed anything without a crew and was interested about giving it a go – the camera work may be a bit shonky at times but so is the shop. After about a year of filming on and off I thought I had something interesting – it just offered so much, an opportunity to make a film about my home, men, music and makina. I pitched it a couple of times to broadcasters and was told that there was no story that could sustain an audience. I disagreed and realized that continuing to pitch the film would kill the love I had for the project so I decided to crowdfund a micro budget to get the film finished. I honestly thought we’d have a local screening and sell the film in the shop. When we got into sxsw everything changed and the film has now been seen all over the world.

I hope that the film demonstrates what Tom says –“ it’s emotions, emotions and memories, records hold memories”. Tom and SIO, (and other shops like it) are very important to many, many people.

I still get emails about it and it nearly always makes me cry, it means so much.

You have a couple of really interesting projects happening at the moment, one of them being The Great Hip Hop Hoax, can you tell me about that or are you sworn to secrecy?

It’s all going to start very soon – we premiere The Great Hip Hop Hoax at sxsw next week!:

Californian hip-hop duo Silibil n’ Brains were going to be massive. What no-one knew was the pair were really students from Scotland, with fake American accents and made up identities.

Their ‘Hip Hop Hoax’ lasted three years and fooled record label execs, girlfriends and band members. For a while the boys lived the dream but in the end the lie destroyed their friendship and almost their lives.

As soon as I read about the deception Silibil n’ Brains pulled off I knew I wanted to make a film about their story. I was intrigued with how the lie took on a life of it’s own and ran away from them.

Everybody lies everyday, it’s human nature but what happens when you lie about your whole identity to get what you want? I felt haunted by the idea that the boys changed themselves fundamentally, all for the hollow promise of fame. I wanted to discover how they did it and what the lasting effect on them was…

I was looking at your ‘Top 10 Director’s Notes’ for 2012. An interesting choice of films there. Beasts of The Southern Wild is at Number 1. This is a very wide ranging question I know, but what makes a truly brilliant film?

I just like films that really are their own animal and are bold. Whether they are quiet Japanese fiction – Afterlife or I wish by Kore Edo, fantastic characters: American Movie, Racing Dreams, Prodigal Sons, passionate fantasy worlds: A matter of life and death or Black Narcissus or just completely take your eye out of the blue – Wake in Fright.

I’m based at Broadway Cinema and try and see as much as possible, often without reading anything in advance.

Screen International has been quoted as saying about you “Jeanie gives her projects time. She’s a serious, meticulous thinker, not a documentarist for the Big Brother Generation” And this is so true. How do you think reality TV has saturated other forms of TV or film making? Do you think it has ruined it for the foreseeable future? Or can it be clawed back from the ’15 minutes of fame’ generation?

The irony of this is that I absolutely loved the first few series of Big Brother and was completely addicted – they were a series of storms in tea-cups and I found the boring everydayness really compelling.

It’s all a bit like a snake eating it’s own tail now with the endless Hello interviews and book deals talking about the same moments over and over. The whole pursuit of fame for it’s own sake is really charmless. I hate filming people who think it will be their key to a fortune – which with my films is never going to happen!

I think people will always make good work, good films, there may just not be funding from broadcasters to get those films made or broadcasts slots available to show them. BBC4 continue to show the best docs on British television.

Arts funds are being cut left, right and centre, how did you go about getting funding for your films, and how difficult was it?

It’s always tough and we live in interesting times. My films have been a combination of arts funding, small commissions, broadcast commissions and crowd-funding campaigns (see my article on www.jeaniefinlay.com) . It’s good to be open to new and varied ways of doing things, it’s the only way to get any project moving.

If you could film anyone you wanted and had unlimited funds…..tell me what your dream film would be to make?

I can’t really say but it’s something deeply uncommercial, uncommisionable and would never attract funding in a million years.

I would love to make a film about my sister Claire and how she creates character when she designs costumes. Maybe one of these days I’ll follow her and Julia Davis around – they come up with some very dark things.