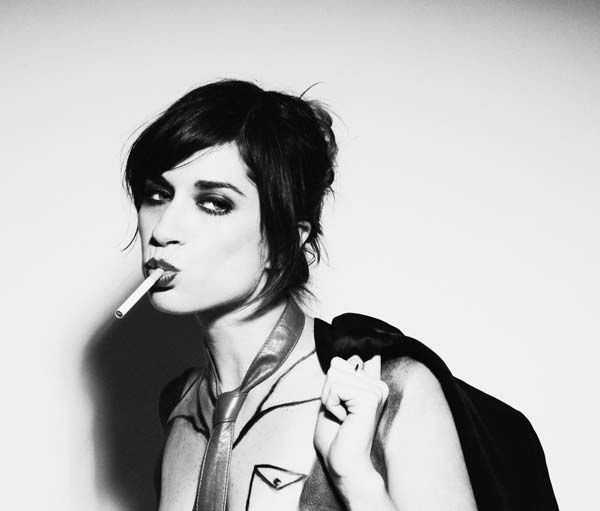 Internationally acclaimed American singer-songwriter Nicole Atkins has announced a string of UK tour dates opening for EELS ahead of the release of her much anticipated third album. As a teaser, Nicole is streaming a brand new track ‘Red Ropes,’ which is among a number of songs on the album she has co-written with the legendary musician Jim Sclavunos (the Bad Seeds/Grinderman/The Cramps/Sonic Youth).Listen to that below.

Working with Jim is a natural progression for Nicole whose true understanding of her craft allows her to bring a real texture and depth to her music, which has led to comparisons with legendary artists such as Patsy Cline, Chrissie Hynde, and even Roy Orbison.

Her talent and emotional honesty marks her out as one of those rare singers whose voice drips with soul and raw emotion, imbued with a timeless quality that can masterfully cover a wide range of styles. The miasma of faded glamour and nostalgic pop noir of her critically lauded début album ‘Neptune City’ gave way to a more visceral rootsy rock orientated sound on 2011’s ‘Mondo Amore’ an unflinchingly honest album reflecting on a time of great personal turmoil for Nicole.

‘Red Ropes’ offers an exciting and compelling insight into what we can expect from her third album ‘Slow Phaser’. “I started writing ‘Red Ropes for a friend, a tough character who found himself in an expired love that wouldn’t release him” Nicole recalls, “or maybe it was about me, who knows? But it was a song I couldn’t finish until I met Jim Sclavunos. We sat on my floor in Brooklyn one spring afternoon and brought it to life.”

The album was recorded in the winter of 2013 in Sweden with ‘Neptune City’ producer Tore Johansson (The Cardigans, Franz Ferdinand, Saint Etienne, New Order) and sees Atkins expand on her ideas of dark psychedelia mixed with a country soul noir.